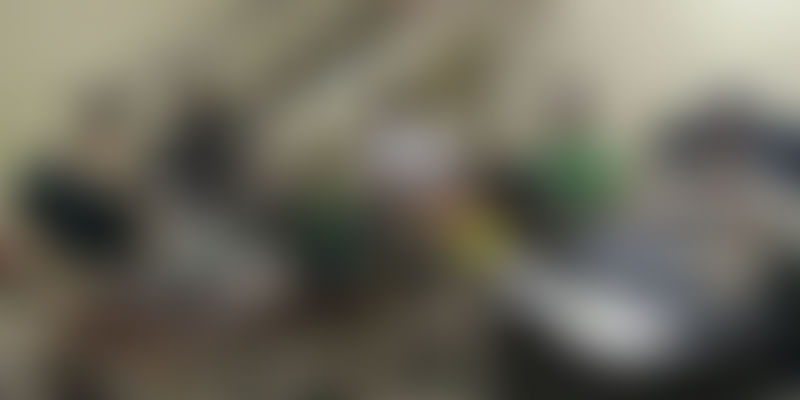 The idea of creating plug-and-play or DIY smart home automation systems came to Shatruddha Singh Kushwaha and Ravi Prakash Lakotia, says Kunal Bhatia one of the three Co-Founders of Switch. The trio got together late last year and early this year to create easy intelligent systems that can take homes off the energy grid.

Graduates of BITS Pilani (Goa Campus) 2012 batch, Kunal says that Shatruddha was always interested in automation. He had, in fact, automated his hostel room with a remote control. According to Shatruddha, it was all done out of pure ‘laziness.’ “I wanted to get everything going without putting in much effort,” he adds.

Shatruddha says that from his childhood he has been dismantling things and figuring out its workings. Once he joined college, like all electronics guys, he says, he created a robot that followed a straight line. This led to the automation of his room. Shatruddha even created a humanoid robot and a drone system.

I like to remove redundancy in most machines, make them smarter and automate them.

While the trio were in the same batch, they went their separate ways to pursue individual careers. During one of the internship runs, when Shatruddha was working on the humanoid, he reconnected with Ravi, who was focussed on cloud technology. After college, Shatruddha worked in the VSLI industry, and continued to do his own small ‘automation’ experiments.

A reunion of sorts

This time again Shatruddha automated his room and connected it to his cell phone. Ravi happened to visit him around the end of last year and the idea of creating such automated systems for homes was born. Like Shatrudhha’s passion for electronics, Ravi had his passion for wireless network, network analysers, firewalls and cloud. They thought why not marry both these passions and create smarter systems.

“After college, I got a job that was more related to web technologies backend . I got an offer from the IoT team to join them. I called Shatruddha knowing about his love for automation,” says Ravi.

It was after this that Ravi got in touch with Kunal to get his help on strategy and business development. Kunal after college had worked with the Indian rock band Thermal & A Quarter. He was able to organise an international tour for the band in Ireland and UK. After this stint, Kunal worked for the 2014 Narendra Modi Campaign.

In the beginning of the year when Ravi called Kunal and told him he was working with Shatruddha, Kunal got intrigued. “I knew if Shatruddha was involved, it would be a really different and crazy venture,” adds Kunal.

The trio decided to startup on the basis of their initial research and build a switchboard that would turn off and on electronics at home. The team figured that the main pain points at most homes were geysers and air conditioning – knowing how long to keep the geyser on for the right temperature and temperature modulation in air conditioners.

As a solution, the team has built a device to control the AC. Soon after discussing with family and friends, the trio built a pilot kit of an AC control device, plug and play light bulb devices and a switchboard. All of these can be controlled with a nudge of your phone.

There is a free downloadable app, that can connect the different appliances at home to the cloud. The devices in the kit are in turn connected to this cloud. Citing an example Kunal says that if you have turned the geyser on and left home forgetting to switch it off, you get a notification that asks you if you want to turn it off. With a simple press of your button, the geyser at home is turned off. The prototype currently has the controls of on and off, the notification systems will be added shortly.

The kit is in its pilot run among most of the BITSian community. Priced Rs 999, 1998 and 1999 the products are open for pre-orders. It will be launched in July and then delivered.

The IoT of home automation

The market for IoT for home automation in India is currently niche, largely due to the costs associated with automating your home. However, with more people looking for home automation solutions, several organisations like Smart Automation are looking at cheaper options to automate home. Nevertheless, the cost to completely automate a home is close to INR 3,50,000.