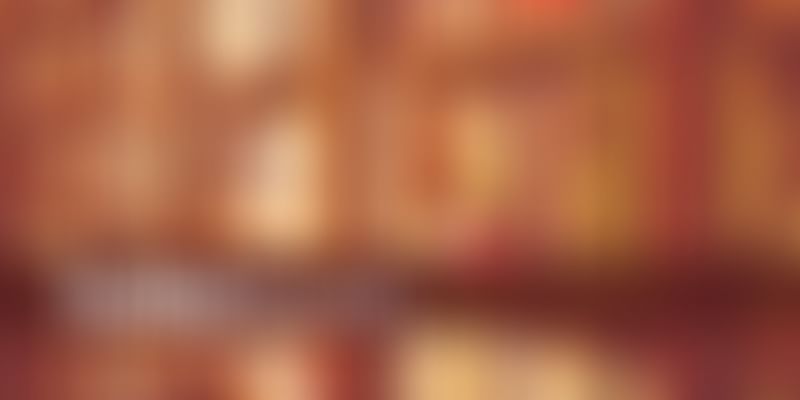 Most people need books for a limited time whether for academics or for general reading. Generally we don’t read the same books again. And this is what Pranil Bafna, Gunjan Veda, Shrawan Chhajer, Mahendra Mehta and Shreyans Mehta wanted to organize -- the read and return process. They, therefore, started a rental solution platform IndiaReads.

With services in 500 plus cities, currently IndiaReads offers over 1.8 lac titles across genres like college textbooks, competitive exams, fiction, nonfiction, self-help, technology, management among others.

Besides individuals, IndiaReads also offers corporate reading platform for corporates like HDFC Bank, Mahindra Rise, Axis Bank, Genpact including others. At present, the company has close to 150,000 users. “We do close to 12,000 transactions and generate over Rs 30 lacs on a monthly basis,” says Pranil, Co-Founder, IndiaReads.

“We made use of technology to open this option to the entire country and make this scalable. We targeted the corporate sector for general reading and student base in Kota for the academic market,” adds Pranil.

The company is looking to reach out to the entire nation including smaller towns and villages. On the corporate side, it’s looking to on-board more clients. IndiaReads generates major revenue from its B2C operations, although a higher percentage of users on the platform are from the B2B side. Approximately 90,000 users come from corporate partnership and remaining 60,000 are individual readers.

Started in 2010, the company is based out of Noida considering NCR is the hub of books. Pranil, Shrawan, and Mahendra are IIT, Mumbai alumni while Shreyans studied engineering at Manipal Institute of Technology.

“Scaling is the most difficult part for any startup. One prototypes and tests the product in the market. When it comes to scaling up -- things start changing very fast. When we started, challenges revolved around idea, its acceptance, prototyping. Now it's more about capturing and consolidating markets and talents,” adds Pranil.

The Noida-based company typically looks at good references from batchmates, college alumni for hiring. “We do look at some portals like AngelList for good startup talent,” states Pranil. To retain freshers, IndiaReads keeps college-like (informal) environment at office.

The company has multi-revenue channel. “We are still in the growing phase with our e-tail but corporates have been giving us constant profitable revenues. Since the technology platform and the inventory and operations are shared, the difference typically is only in sales, hence it creates a good balance and hedges our risk against the

larger book players,” mentions Pranil.The company had undergone strategic partnerships with some institutes in Kota to penetrate its reach in education market and create a pool for general reading with the corporates. “We are set in terms of technology, data and inventory to scale up now for the users,” says Shreyans.

IndiaReads competes with Kopykitab, DoorstepBooks, Librarywala along with a few other players. The founders are bullish about fast growth of the sharing economy space in India. “We believe sharing economy is sustainable, affordable and has greener future prospects,” emphasizes Pranil.

The company is developing mobile application and plans to launch rental for e-books soon. To expand in more cities, for hiring and product development, IndiaReads is looking to raise venture capital money.

A look at sharing economy space in India

Shared economy is on the rise in all sectors in India. Right from cabs (carpooling) to apparels, furniture are available on rent. According to PriceWaterhouseCoopers, the global marketshare of shared economy currently stands at $15 billion and projected to reach $335 billion by 2025.

Over the past one year sharing economy has been going through an exciting phase and the space witnessed debuts of startups like Rentomojo, Zoomcar, Etashee, SmartMumbaikar among others. Besides startups, the space also attracted investor’s interest. While ZoomCar secured $8 million round led by Sequoia Capital last year, Etashee raised close to Rs5 crore angel round at idea level.

Unlike in the West, the concept of sharing economy is not catching up fast in India. Indians are a lot more focused on spending money than sharing. Consequently, startups find it difficult and tiring to break business models around sharing economy concept.