'India is not an early adopter, leave alone an innovator,' says Adarsh Natarajan of Aindra Systems 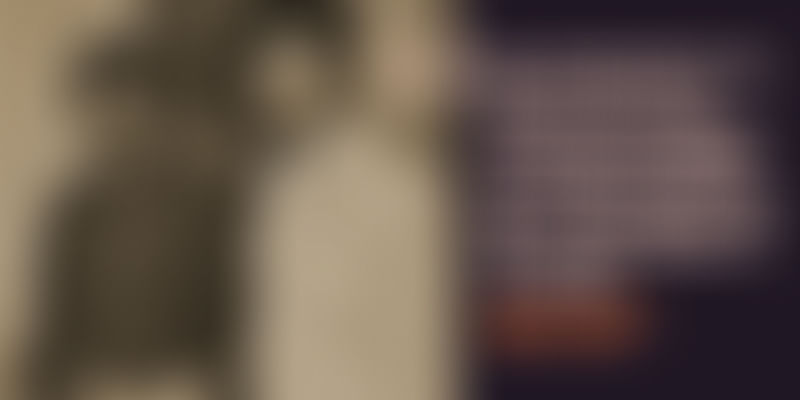 In 2012, Adarsh Natarajan, from IIM Bangalore, and Abhishek Mishra, an NIT Jalandhar graduate, started Aindra Systems, a startup that creates AI products for large industries. Aindra’s journey began when Natarajan and Mishra consulted for the Government of Karnataka. The problem: Subsidy leakages in the Mid-Day Meal schemes in government-aided schools, wherein subsidies weren’t reaching targeted beneficiaries. Natarajan says, “We told them fingerprinting solutions would not work, and that they needed to use a ‘touchless’ modality. We recommended using face recognition for taking attendance, and created a smart attendance product. That was basically the genesis of Aindra Systems.”

However, early in its trajectory, the Villgro-backed startup pivoted away from the education sector. “We faced a lot of generic problems any startup faces,” says Natarajan. The decision to move away from public education, though, came with the increasing difficulties of working with the government. “It was not really sustainable,” he says. “We branched into micro-finance institutions, healthcare and areas of vocational training instead. One of the challenges in the Indian market is that India is not an early adopter, leave alone an innovator. We’re a late mainstream market. Any startup faces this issue, unless you’re in e-commerce.”

Natarajan’s team still deals with middle-range educational institutions. They provide their smart attendance technology, which basically uses visual monitoring to record class attendance. Most of their products involve a mix of machine learning and micro-vision.

Aindra’s core philosophy is to cater to large industries that have a propensity to create large-scale impact. “We lend our expertise to problems we can solve in a viable manner,” says Natarajan. One of those problems was creating AI products for the healthcare industry. Through his conversations with healthcare professionals, Natarajan realised this industry was “severely under-represented.” He says, “We import nearly 70 per cent of our devices from outside. The demand is huge, but, unfortunately, it is not met by traditional businesses or startups.” Creating products for the healthcare industry normally requires an interdisciplinary approach where different expertise converge together. Irrespective of what you’re creating, hard engineering, scientific and medical expertise is a prerequisite. “This is the reason why you don’t see many startups being able to enter this area.” Then again, the boon is great once the bane is mitigated. “The entry barrier is extremely high in India. It’s not an easy place for startups to be. But once you crack that, it opens a lot of opportunities.”

One of those opportunities, for Aindra, is providing detection technology to spot cervical cancer. “The magnitude of this disorder has become huge in India. We feel we have the technological chops to after this problem in a large-scale manner where millions of women, who don’t have access to high-end facilities, can get a diagnosis at the point-of-care. This, we believe, fundamentally changes the way healthcare functions in India.”

The startup also provides its services to non-banking financial institutions (NBFI). “Our technology goes into low-cost smartphones to track and monitor on-field personnel. It’s like a breadcrumb trail that traces the work an institution’s personnel does. We even provide technology to help institutes manage thousands of vocational trainees.”

Still, it’s hard to talk about large-scale impact without talking about the government. On his reluctance to put too many fingers in the public pie, Natarajan says, “The manner in which the government is set up to deal with procurement [of products and services] is just not realistic for a startup. They have criteria even for businesses they deal with like number of years of operational history and profitability. On the other hand, payments never come in time because of bureaucratic issues. Unless India wakes up to the fact that it has structures detrimental to its own functioning, I don’t think startups can meet the government as a customer. It would require the government to ease its method of doing business for startups to consider it a viable option.”

In the meantime, Aindra is working on two prospective technologies in telemedicine and textile. Natarajan says, “We’re creating two-factor authentication system to help patients remotely reach doctors. How does a patient know that he’s being treated by the same doctor he’s paying for?” That’s where Aindra comes in with its vision technology to capture the doctor’s face before he can sign off or access a report.

“In textile,” says Natarajan, “we’re working with textile manufacturers in Bangalore to develop adaptive robotics.” Basically, what this means is that a machine is programmed to compute variable inputs, and respond accordingly. (Traditionally, there is a standard input and output operation like in assembly lines.)

Natarajan’s biggest challenge, besides late adoption of technologies, is that AI has not yet been completely democratised in India. “It’s not readily available for reasons like cost of components, computing and return on investment issues for many industries. Nevertheless, we’re at this interesting junction where computing is becoming cheaper, research and development is on the rise, which has made AI and machine learning available at a cost that makes adopting it more viable.

“Though AI has not percolated to the common man, we’re attempting to change that. Maybe it’s still in a small way, but the effect itself creates a fundamental difference,” concludes Natarajan.