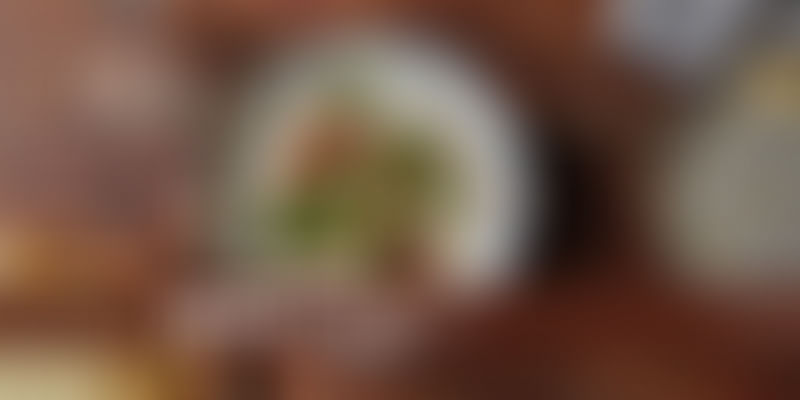 Bite Club, a food-tech-logistics startup based in Gurgaon, aims to put high quality home cooked meals on the table. It operates as a managed marketplace connecting people who cook with consumers. They provide both mobile and web-based ordering service, no minimum order amount and a menu that is updated on a daily basis.

The startup was co-founded by Aushim Krishan (ex-Barclays Singapore), Sidhharth Sharma (NTU Singapore) and Prateek Agarwal (ex-Housing.com). Aushim and Prateek were batchmates at IIT Kharagpur while Siddharth and Aushim met in Singapore when the latter was working in Barclays.

The three of them were passionate about food and frustrated with the existing options. So they decided to enter the food-tech space and came with the name ‘Bite Club’ inspired by the 1999 movie ‘Fight Club’. Currently, their team has about 20 people, excluding the delivery fleet, who work across technology, operations and marketing.

They initially started Bite Club as a mobile app only restaurant that offered home-style wholesome meals. They launched on Android in mid-November 2014 (after being in stealth for two weeks) in Gurgaon, and had served over 5000 meals. They then recently decided to offer their services on the web and iOS devices as well, to reach out to a larger audience.

The meals, desserts, and drinks are delivered from the kitchens of home chefs, recipe bloggers, ex- restaurateurs and professional chefs.Currently, they have 100+ chefs onboard the platform who cook, and Bite Club handles packaging, delivery, technology, analytics and marketing. Their aim is to enable such people to effectively run their own restaurant through them. Prateek says,

Unlike other restaurants, since our food is home-cooked, there is no guilt factor and people tend to order repeatedly. That is why we have seen high repeatability in our model with almost everyone ordering around five times a month.

Bite Club finds the food-tech space to be crowded right now. There have been multiple investments in the last month with Foodpanda raising $100M in funding led by Goldman Sachs;  Dazo (previously called Tapcibo) raising funding from multiple investors; Grab raised $1 M from Oliphans Capital and Haresh Chawla. Other noteworthy startups in the sector that are doing well include Yumist , Frsh, TinyOwl, Swiggy, and SpoonJoy. Zomato recently launched online ordering in NCR and are looking to expand to other cities. Imly.in and MasalaBox are other startups focussing on the home chefs segment.

Locally, Bite Club feels that their competition also includes restaurants, but with their USPs such as no minimum order, daily changing menu, app and web based ordering, and healthy and fresh food, they feel they have the advantage. Prateek adds,

Our strength lies in technology and building beautiful products. For us this business is as much about technology (maybe even more) as it is about food. We know how to automate each and every process in the supply chain.

There were challenges earlier in understanding customer behaviour and figuring out what customers want us to serve them. We have overcome that with a strong feedback mechanism and data analytics. Also till now, our product has been successful in marketing itself. We'll step on the marketing pedal very soon though.

While BiteClub carries certain traits of both a restaurant and a tiffin service, the team feels that it is not conventionally one or the other. Instead, they consider themselves a technology and logistics platform that connects the chefs to the consumers. Within one year of its dawn, Bite Club claims to have served over 25000 meals to 2000+ customers. Aiming to go beyond Gurgaon, they are launching their services in Delhi next week.

Related read: 15 women who are creating art with every cake they bake