StagePhod creates solutions to find video makers for your startup 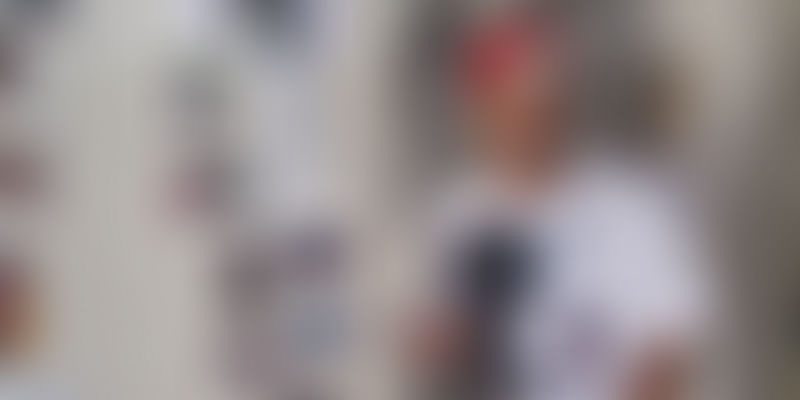 What you do if you need to create a video or animation film for your startup? You try to find a production house or video maker from reference.

If your friends can’t connect you with reliable filmmaker then you post your requirements on Facebook group or Quikr.

Well, to make your life easy, Morpheus gang startup has created a marketplace to discover filmmakers.

Here’s how it works.

StagePhod was founded by Nikhilesh Tayal to pursue his love for theater and filmmaking. He started making short films and experienced the problems faced by independent video creators – “When I spent time with other filmmakers, I realized that there are many filmmakers taking up video related assignments from organizations to earn some money, and on the other hand couple of my entrepreneur friends were looking for filmmakers."

The initial idea was to create a platform where filmmakers and other artists can showcase their work and find people to collaborate with. He then decided that this could be converted into a marketplace as there are many people on both sides.

Nikhilesh founded another startup, CVBhejo, which was a recruitment platform for Tier 2 and Tier 3 Indian cities. He has a fair experience with startups from founding to funding to shut down. His startup was accelerated by The Morpheus in 2012. During that period, he was also selected by Bloomberg TV in Top 10 emerging entrepreneurs for its TV series, ‘The Pitch’. Even after closing down CVBhejo, he works as recruitment advisor for The Morpheus gang portfolio companies.

Pivot to marketplace for video makers

He recalls his early days, “After interacting with filmmakers, I realized that having a marketplace will add more value to a filmmaker’s life by providing them work opportunities and also will make life easy for startups/ brands/ NGOs by giving them a platform to find video makers.”

He wants to spend more time with customers and filmmakers to understand their problems so that better solutions can be devised. Some of his customers are big brands like SnapDeal & CashKaro.

“I always wanted to combine theater/films, technology, and entrepreneurship. I think some dots got connected now and some will connect in future.”

On asking his future plans, he said, “Stagephod’s power resides in lively and constantly growing a community of filmmakers across India. In coming months, we will be working more for this growing community."

They are also creating good content which can help organizations taking an informed decision before hiring video makers.

Customer can choose from a corporate video, promo video, product video, explanatory video, music video, web series, wedding films, social video, short film or ‘other’. He can preview content created by Stagephod filmmakers, which will give him an idea of the video-maker’s skills.

Stagephod has more than 200 video makers and production houses associated with it. The interesting part is that because of this talent pool, they are able to close almost all requirements which were posted on their site.

Nikhilesh explained, "We got one requirement from Dantewada district, Chattisgarh, and they wanted a video maker from Chattisgarh itself. I was very skeptical about this requirement but to my surprise, we found three people who were from Chattisgarh. Similarly, we got a requirement for as low as Rs 10,000 budget and again we got a few freshers who were interested in such low budget also."

He is confident that he can find a video maker of any kind, any budget, and anywhere in India.