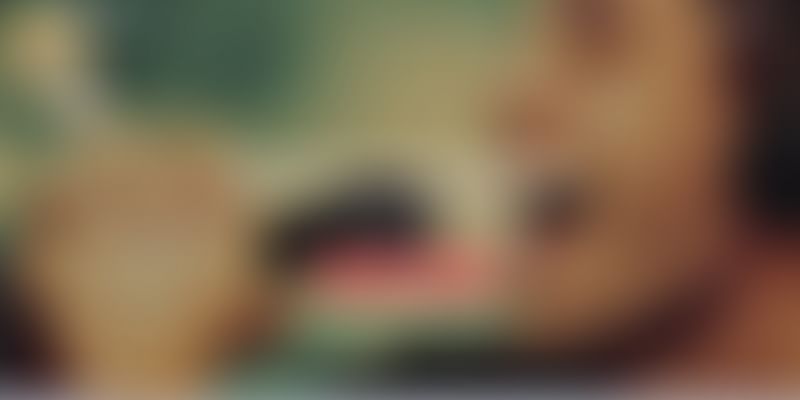 With over ten years of experience in the television industry, and after having worked for Star Plus and NDTV, Lakshmi Balasubramanian started Greenroom. Her co-founder is Praveen Koka, a technology entrepreneur, innovator, and product specialist. Praveen had started, and successfully built, a GPS and RF technology startup, based both in India and the US. He exited that venture earlier this year to pursue Greenroom.

Greenroom is a talent marketplace where artists, crew and content producers can connect and collaborate for work. The idea of Greenroom dawned on Lakshmi when she moved to Bengaluru from Mumbai, last year. She came to the city to work as an independent producer for corporate films. "I realised that despite having worked in the 'industry' for close to 10 years, when I moved to a new city I had to start from scratch. Finding actors and crew for my productions was incredibly difficult, and I had to call friends, old colleagues, and really flex my network to get access to the right people," says Lakshmi.

This got Praveen and Lakshmi thinking. Finding a solution to this problem could not only help Lakshmi sort things out, but also could completely change the way casting and crew recruitment is done today. The duo aim to bridge the huge gap that exists between talent and opportunity today.

Lakshmi says that while on one side, there is immense creative talent, be it that of performing artists, or technical talent, they most often depend on the grapevine and contacts to get a 'break'. On the other side, the casting and crew process has always been very tedious and chaotic. More often than not, people go with what is easily accessible to them, purely because of lack of resources that would allow them to connect with a wider network. "It is this problem that we want to address and solve. Thus, Greenroom came about. We have successfully helped a few content makers’ cast and crew needs already," adds Lakshmi.

The platform works in an easy way. Artists, actors, models, musicians and filmmakers create their profile on the site, which can be viewed by the production teams. Content producers, in turn, can post their requirements on the site. Relevant job details go out to the relevant people, and they will be able to apply. Once they apply, content producers will be able to see their contact details and take the conversation further. "We have some really good talent registered with us, and we have made some good connection in the few months of our existence, as well," says Lakshmi.

It keeps the process of screening and shortlisting candidates simple and online, until auditions. The producers need only spend 15-20 sec on each candidate’s profile (images, resume or video reels), before shortlisting or rejecting them for face-to-face auditions.

Like most bootstrapped startups, Greenroom was started in the founders’ homes. After the portal was established, the duo announced their venture on Facebook. They recruited a few technical people, while they worked with interns for marketing and casting. So, now apart from a coding team, they also have a marketing and a casting team. "We also have a few freelancing media professionals who currently work with us as specialists in different streams (music, films)," says Lakshmi.

Like for most startups, recruiting key team members has been difficult. They couldn't afford to pay super-high salaries. So they toyed with interns for a bit before realising that was a bad approach. The duo then started looking at recruiting people, and finding full-time employees who were really stoked about the company vision, and who love to work in challenging startup environments.

Launched in March, Greenroom has seen a month-on-month growth of 30 per cent. There are 4000 users now and have had around 150 job listings so far. Jobs have included the likes of Star TV, Balaji, and filmmaker Gautham Menon, amongst the better ones, and many ad film makers, online video producers and advertisers as well.

Lakshmi says that, as of today, there is no other online portal which takes care ofonline casting and crew like Greenroom does. The platform supports all media types in the entertainment industry - films, short films, ad films, print ads, independent films, music performances, and events. Greenroom provides access to mainstream opportunities as well as independent ones.

Lakshmi adds that job searching and talent recruitment moved from offline methods to the online space several years ago. However, in the media and entertainment industries, primitive offline methods are still used, such as talent-coordinators or grapevine connects. These are very location and contact dependent. She believes that Greenroom has come around at the right time; people are well accustomed to internet technology, and also need more efficiency in the casting and crew hiring process.