Second time founders, these entrepreneurs aim to bring your productivity apps under one umbrella 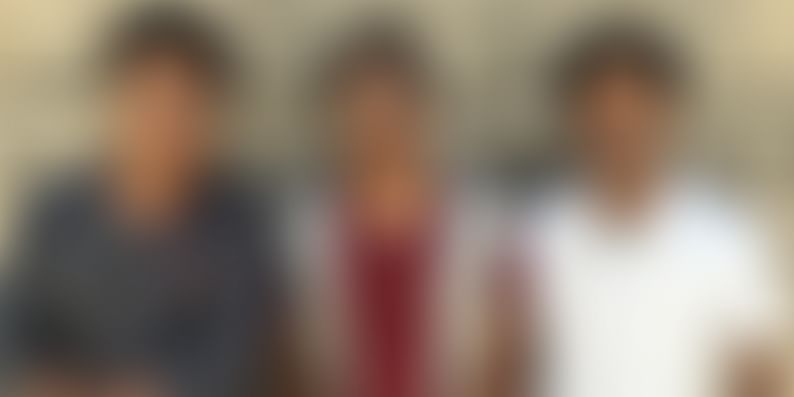 “Let’s make things talk to each other”

This conversation between two friends over coffee on Bangalore’s famed Brigade Road started it all. Soon a cup went on to two and conversations kept rolling.

Madhu G.B. and Utkarsh Apoorva always connected over a common passion to build something big. Having started GuitarStreet in 2012, for Maddy and Utkarsh, this wasn’t the first time starting up. But, this time over, they felt the itch to go beyond their comfort zones.

The discussion over the coffee led them to work towards buildinga smart solution that can serve as a single control centre to manage all information and actions across multiple apps. Co-Founder, Utkarsh tells us:

“The number of applications used for work is ever growing. We have the classic Gmail, Evernote, Google Calendar, Slack, Trello and many more. Thus, we realised the need of creating a one-stop platform for integration of this barrage of apps.”

Thus, in June 2014, AutoCus came into existence. An abbreviation for Automated Customer, the startup’s vision is to do just that.

Introducing a Chrome plugin called Augment in February 2015, its functionality allowed users to export data from one app to another. More like pushing a file from your mail to your Dropbox, to give an example.

At present, the venture is working on their major product offering called Clusto. Clusto is an integration app which pulls out information and updates from your productivity apps to provide a single view to them, while informing you about priority tasks.

The co-founder tells us that although there might be other app integration tools, they might be lacking an interface.

“There might be other integration tools in the market, however, most of them lack an easy to understand face or UI. We are doing just that with Clusto.”

While, imagining the product was easy, having a sense of what went into the backend, the duo faced some turbulence with the UI. This is where Anubhab Bandyopadhyay, the third Co-Founder of the startup came into the picture.

The platform can be accessed both through web and app, functioning on four major technology verticals – integration, ranking, automation, and exporting.

Ranking is the second aspect to the product where through the use of machine learning, the system tries to make sense of user behaviour. Depending on the inputs, the updates get ranked and shown to the user chronologically. For example, if a certain mail has a time stamp of an upcoming meeting that would be highlighted as priority and shown to the user.

The final pieces are automation and exporting which the co-founders think is quite translational. Let’s say if your team is using a different productivity tool like Trello while you’re on To-Do list, you can integrate updates from Trello on your Clusto account, so nothing is missed out upon.

At present, the Clusto app is still in private beta with a pipeline of 300 users on waitlist to use the application. Running on a pilot, the app is currently being experimented by 25 users.

On asking the founders as to why they haven’t launched the app, they say:

“We still need to polish the product and are trying to mature the same. We don’t want to launch an incomplete product in the market which might have minor issues and receives negative feedback.”

The firm is planning to launch the product by the first week of January 2016.

Defining it as life-changing, the founders felt that the charged work environment and driven individuals helped them to stay laser focussed. The accelerator also helped them with better networking with the angel investors.

At present, the firm is in advanced level talks with Indian VC firms and are expected to close investments soon.

Answering to whether people are apprehensive to grant access to their inbox, they say:

“The early adopters tend to be more open about this – and overall there has been little to no resistance. We believe that the reason is that people are now used to logging in with third-party apps like G+ and Facebook – and the app behaves the same way.”

While the founders say that they take security very seriously. They have a multi-layered secure system with the account being hardwired to the device. Essentially, there is no password – there is a passkey that is tied to the device from which one first accesses Clusto. As all communication and relevant keys are encrypted, the possibility of data loss is minimal. Moreover, if the device is lost, the user can remotely block the app for any further usage.

Targeting entrepreneurs and small business owners right now, the app plans to function on the Freemium model where users will be charged for specific features and extra integrations.

Moreover, the founders confirm that Clusto will never go the ad-route to monetise. Rather, they’d be looking for additional value propositions to monetise the app.

According to a report launched from VisionMobile in March 2014, the market for business and productivity apps in concentrated outside of app stores. Sales via appstores accounts for just 10 per cent of the total app store sales, which would be a little over $1 billion and expected to grow to $6 billion by 2016.

Following the same report, a total of $28 billion was spent on business and professional apps in 2013 with this figure rising to around $58 billion by the end of 2016.

These figures only reinstate the wide market which lies for Clusto, functioning in the productivity space. Moreover, this technology of enterprise application has already been thought from a B2B point of view, but it will be interesting to see how this B2C solution is received on the app store.