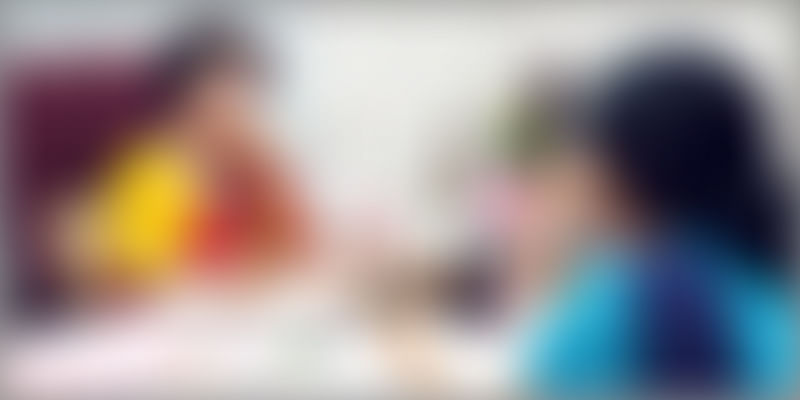 Age is just a number and Dr. Sita Bhateja shows us why. At 86 she is vivacious, full of energy and positivity that is infectious. The one thing that can vie with her energy is her full throaty laugh, open and uninhibited.

Life has not always been easy or simple for her, but she believes in finding happiness in little things around her. Be it a flower tucked in her hair or just the beauty of her surroundings, or a smile that brightens someone’s day.

HerStory spoke with Dr. Sita Bhateja about her life, the partition, her study of medicine and building up a hospital from scratch.

Born in Multan, she grew up in borstal compounds. Correctional prisons were called borstals in those days and Sita’s father happened to be a jailer as was her grandfather.

As her father’s job was transferable, the family moved to different borstals and Sita went to study in different schools. “In those it was mostly government schools, so those were the ones I attended,” she says.

The always-carefree Sita underwent a transition after class eight. She grew more reflective and quiet. She says, “I saw that girls were married off after matriculation where they would run a household and bear children.” It was not a life she wanted for herself. So she decided to study medicine.

“I knew the study of medicine would keep me busy and away from marriage,” she says with a smile reminiscing about the past.

Though her father refused to fund her education, her grandfather intervened and supported her. She went to Kings Edward College in Lahore to study. All her focus was on her studies. During this course, life was to change. Sita had during vacation gone to Sialkot to her grandparents and it was at this time that the country was partitioned.

“The partition was absolutely cruel. Young girls were taken away and old people were simply killed. Millions of people lost everything other than what they had on their backs. It was an unimaginable situation,” she says about the horror she witnessed as a young 19 year old.

Sita and her grandparents had to move out of Sialkot and make their way towards what was to be India. She left Sialkot for Jammu with her grandparents. From there her grandfather managed to convince two men to give their bus seats so that Sita and her grandmother could reach Amritsar where they would be safe. After many days of stressful journey they reached Amritsar and to the safety of a relative’s house.

Her parents, who were living in the shadow of death in Multan, managed to get away and join Sita’s grandfather and finally the three of them managed to cross across the border. Her grandfather went and settled in McLeod Ganj. Her father continued as a jailer in Ferozepur.

Sita was to resume her studies, and she was sent to study at KEM Hospital, Mumbai. These were tough times, for she had no money to even buy three meals a day. Help and support came from an aristocratic lady who helped her with some money.

Through all the tough times, she continued to work hard and in June 1949 she became a doctor.

As a young girl, Marie Curie inspired Sita. When asked why, she is quick to revert, “If she could survive poverty, a tough life and challenges and do such great things, I told myself I could handle all the challenges in my way too.”

Sita was committed to helping others and make good use of her degree. So she started helping at refugee camps.

Her first posting was in the refugee camps of Kurukshetra, where she delivered babies and from there she moved to camp in Jammu.

In 1950 she returned to Mumbai to complete her post-graduation from Bombay University and joined Cama Hospital. Clearing the exams at the post-graduation level was tough but a Professors remark served as all the encouragement that Sita needed. “He said she is a fine doctor and fit to hold independent charge,” shares Sita. She was 26 then.

Around this time she found her match in Major Amrit Bhateja and the couple got married in July of the same year in a simple ceremony. As an army officer the Major moved to Kirkee and then MHOW. Sita

travelled with him and then they moved to Bangalore in 1957.

1965 she started her clinic in Bangalore. She says, “My biggest challenge was that I survived on an army officer’s salary. The Govt. was hardly paying the doctors and private consultation was hardly known. So if patients came and you saw them and did not give them medicine they would wonder why they should pay you Rs. 5 for advice. It was a struggle but I just did whatever I could. I continued to work because I could not live without it and loved what I was doing.”

Over the years the clinic has grown into a Hospital named after her. The journey has not been easy or simple but Sita has nurtured it with passion, love and commitment. Her work in the field of obstetrics and gynaecology has been widely recognized and she has been the recipient of awards like the Rashtriya Rattan Awards, which was conferred upon her in recognition of her work for child welfare.

In step with tech

She continues to see patients even though she is not involved in the day-to-day operations of the hospital.

Her younger son takes care of it. However, as a medical practitioner she has kept up with the changes in her field.

“In those days we relied on the tips of our fingers. Today technology has completely changed things,” she says.

Over the years she has kept up with technology by continually reading books, attending conferences and absorbing all the information available on the net. “Learning is a life-long process,” she says, “and you must give the best to your patients.”

Other than her love for medicines, Sita loved collecting flowers and coins but these were hobbies that could not win over her love of stamps. She started early. As a young girl, she would buy stamps with her pocket money. With marriage and family and work, her zeal for collection reduced. Her children continued to add to the collection.

Widely considered as one of the finest collection of stamps of pre-independent India in the world, two Presidents have personally asked to view her collection.

obesity, diabetes, heart disease, cancer etc. While she recommends better eating habits and a healthy lifestyle, what she highly prescribes is happiness.

According to her, it is important to find happiness in small things and live each moment. She not only espouses this but practices it herself too.

At 86 she is a grandmother and loves spending time with her family but she is happiest when she is working. “What is fatigue and tiredness? I do not know either. How can you be tired or bored when you are doing something you love?” she asks with surprise.

She is on her feet morning to night, and she is not looking to retire any time. Retirement is not in my dictionary, she says and laughs. Her laughter is like that of a young girl, full of energy and embracing what life has to offer.

From fashion designing to e-tailing, how Flipkart helped this first-time entrepreneur find his true calling