How tech and smartphones are transforming the infrastructure-intensive healthcare industry 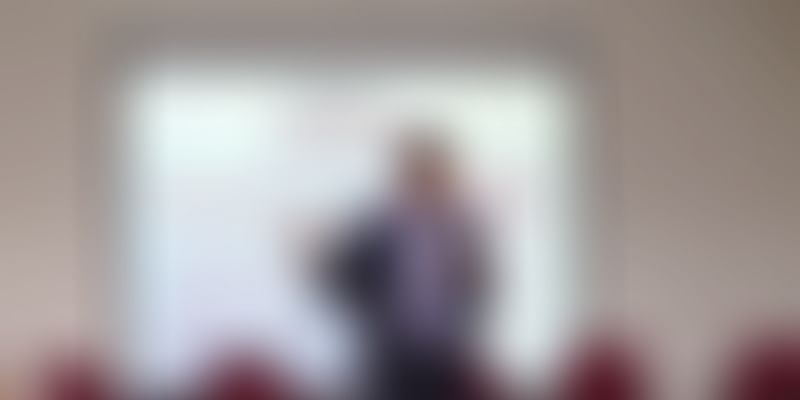 "When we were building Wockhardt Hospitals, for over 19 years we had close to 3,000 beds and were the second largest. And the largest hospital boasts of 7,000 beds. Currently, there's a spend of close to USD 1,85,000 per bed. One of the biggest problems in the country is infrastructure development," said Vishal Bali of Medwell Ventures at the Decoding Healthcare event by Unitus Seed Fund in Bengaluru this week.

For a population of over a billion people, the healthcare market in India is growing at CAGR 17 per cent. It is believed to be one of the fastest growing sectors in the country. According to a report by IBEF, the total size of the healthcare industry is expected to touch USD 160 billion by 2017.

Growing sector but many hurdles

The Ministry of Health, Government of India, stated that in the 2016 financial year, there will be development of 50 technologies for the treatment of diseases like cancer and tuberculosis. The per capita spend is still less than USD 100 and is increasing at a CAGR of 30 per cent.

"But the bigger equation of accessibility and affordability is what constantly plays healthcare," added Vishal. While there is a growth trajectory there is huge demand and supply gap and the biggest stumbling block is infrastructure creation. Looking at this gap, Vishal believed the area we need to put money, resources, innovation and technology into was out-of-hospital care.

He said that there is this huge transition from hospital beds to apps. "This is actually revolutionalising healthcare. Ultimately, the conversation has been shifting towards not how many beds you can add, but how much more productivity each existing bed can give," Vishal added.

Also Read: Despite $3.37B from foreign funds, health sector in India is under invested

Predictive, Participatory, Preventive, and Precise are considered as the four Ps of the healthcare industry. Of these, the predictive space is where the shift seems to be happening. The game of genomics has reduced cost perspectives now than it did earlier. There are several devices that are becoming genomic analysers.

Vishal added that 23 per cent of the patients with chronic disease globally take away 72 per cent of the monies spent. This meant we spend 90 per cent of healthcare money in acute and close to 10 per cent in preventive diseases. However, today the consumer is looking for more control in terms of preventing diseases.

Vishal said, “Lots of activities are happening around personal devices and healthcare apps. And participation will push up the current number of wearable devices, which is 10 million. Pure play general activity in the healthcare seems to be slowly disappearing with the kind of innovation happening in the healthcare segment."

In 2014, 103 healthcare apps were approved by FDA and in 2015, the number is likely to cross 160 owing to the increasing number of app developers in India. This, Vishal added, could mean that clinicians can now also prescribe apps with medicines. The apps are transforming the world of healthcare and therefore millions of dollars of funds are chasing the healthcare startups in India.

It’s believed that the healthcare systems as we see them today will soon become archaic. With the quantum and quality of data that is generated on a regular basis, the healthcare industry has the opportunity to create better data analysis systems and determine patterns.

Late last year, it was reported that Intel would be working with Michael J Fox Foundation to conduct research for Parkinson’s disease. This initiative is aimed at using the data mined from wearable devices and detect disease progression patterns. Almost every equipment in a healthcare setup can be looked at as a data-mining machine and as means of improving disease detection.

"Mobile phones are becoming the gateway of healthcare industry," added Vishal. However, he said that one of the key challenges in the healthcare delivery is the lack of participatory process, whereas healthcare consumerisation is all about participation. Participatory mechanism makes consumers feel much more participative in their entire thought process of how healthcare is delivered to them.

Several reports suggest new technologies in telemedicine, big data in healthcare, m-health, healthcare delivery, and wearables are catching up. The markets are open not only for new players but even consolidation of the existing ones. There seems to be a fair amount of funding and traction in the healthcare and technology space in this region.