One with the river: environmental journalist Arati Kumar Rao on flowing with the current 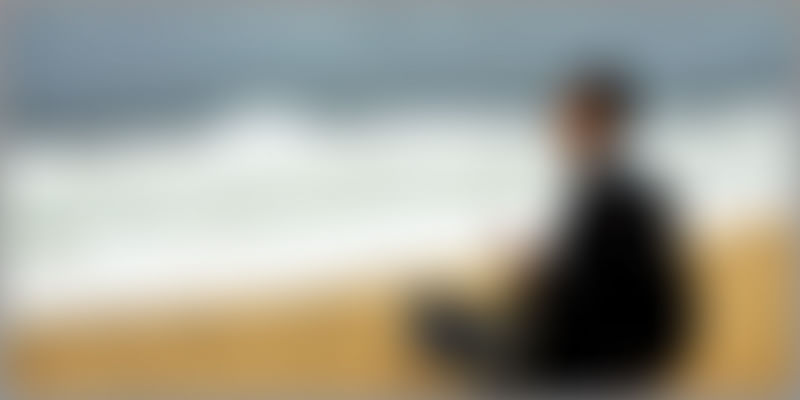 “I do not consider myself a photographer. Or a writer, for that matter,” says Arati Kumar Rao who can best be described as a photographer and writer. She clarifies, “I tell stories. Real-life stories, about landscapes and people, their traditional lives and the changes they see in it over time. I focus mostly on issues that are underreported in the mainstream media. My work goes beyond words; I use images, video, maps, and infographics to explore lives and places. And I like to do it slow. I follow the lives of people in landscapes over seasons, years, across governments, policy changes, and land-use change.

I’ve always loved visual storytelling, influenced as I was by the monthly gift of the National Geographic as I was growing up. I knew that my own storytelling would be incomplete if I were to choose either only photography or only words. It would have to be both, always.”

Arati has been documenting the effects of land use change on ecosystems and livelihoods for more than a decade. Her haunting portraits of land, people, and animals evoke hues of the magnificent as deftly as they express the ravaged. A landmark project of hers has been the River Diaries, a deep exploration of the ecosystems and communities that spring up around rivers.

Arati explains, “I decided early on to focus on the Brahmaputra for various reasons. When I graduated from college, I had made a ‘lifetime to-do’ list on which ‘traverse the major river systems of the world, source to sea, and documenting life along them’ was in the top five. A trip to Lhasa and my first glimpse of the Yarlung Tsangpo, as the Brahmaputra is known in Tibet, was etched in my mind and I wanted to explore that river from source to sea.

Another reason was that the Indian government had planned 160 dams in that one basin. What would that do to riverine life? The ecosystem? The Brahmaputra is a complex, complicated story which will take me years to wrap my head around. I may wander around, but I expect to always come back to the Mighty One.”

She adds, “The series, which is ongoing, has been intense and satisfying. Going deep and slow has allowed me to make connections between issues. This has been my biggest epiphany.”

To say that Arati’s career is unconventional would be an understatement. For the longest time she has been charting her own territory, letting the land dictate where her camera will travel next and defying tropes of the expected. Looking back, she sees the seeds of enquiry well planted early on in her life. She says, “I must thank my parents for never restricting me. They allowed me to explore, wander, and try different things. I’d write and sketch, go birdwatching with my father and sister, do calligraphy, play tennis – almost anything I fancied, as long as I got good grades.

Doing well at the sciences and English literature was always very important to me. I’d also as a kid read the (excellent!) captions under National Geographic photographs and pore over the images. Those yellow-bordered windows dunked me into lands and taught me how to leave lasting imprints on the audience.”

Confusion is but a natural prerequisite of self-discovery. “As a kid, I was torn between wanting to make a life in physics and writing. A double master’s in such varied fields was impossible in India, so I did a master’s in biophysics. Loved the subject, but soon realised that being in a lab was not what I wanted to do my whole life; chucked it overnight to join a national glossy as a reporter. I still ask my editor there why she gambled and gave someone like me, with zero experience, a job.

A year and a half later, I got married, moved to the US and studied some more there, collecting a couple more master’s and eight years of corporate work experience, before moving back and coming to the firm realisation that I will now only do what I really want to do. Write, shoot, tell under-reported stories,” she ventures.

Diving in full-fledged into a newly discovered passion brought with it its own challenges. “As with most creative endeavors, staying afloat is always an issue. Every little bit of income helps scoop out water that is always sneaking in to sink your boat. My work in the corporate world helped – in the early days, I took up consulting jobs and used that money, which was very good, to do what I loved. The nature of my work means I don’t have stories for months at a time. That is not conducive to regular incomes. I write for grants and fellowships. I have had to rely on income from elsewhere and the goodness of people – angels – who believe in what I do, until such time that the next grant comes in.”

In fact, she laughs, “I don’t know what my first break is. Or if I have had one yet. I never went looking for it. Stories that matter to me have always driven my work. But along the way there have been a few uncommonly kind people who have gambled on me and supported me. Suma Varughese at Society magazine, who gave me my first reporting job. And more recently, Prem Panicker who, I would say, is probably the only editor in India who had the appetite and vision for long-term, slow journalism – the kind I like to do. His backing of the River Diaries which allowed me to explore my own story arcs has been invaluable.”

How much can this plate hold?

Arati’s work is as mentally draining as it is physically taxing. Ironically, it’s her work that provides her with all the therapy she needs. “I’ll give you two examples,” she explains. “I was walking back from an erosion affected area along the north bank of the Brahmaputra last year, when an old man – probably in his late 60s – stopped me.

‘I do milk-work,’ he said in Hindi with no Assamese accent. ‘Next time you come to the area, call me. Take my number.’ He fished out a tiny 2″ by 1″ booklet from his breast pocket. Hunted for the number, showed it to me, reading it upside down in English. Mistaking the 9s for 6s and correcting himself.

‘Call me. I will make sure a meal is ready for you. I will feed you well. You must come and eat with me and my family.’

Then this milkman, who was a Bihari settler –Jadhav, continued on his way, crossing sand and water towards his makeshift home 45 minutes away.

I came to know later that he had, not two months ago, lost cattle, farmland, property to floods, erosion. Here was someone who had lost almost everything and had to start all over again, sans any funds, insisting I come home for a (hearty) meal.”

Her next example is even more heart wrenching. “The other man who taught me heaps was Md. Inamul Haque. He lives by the Ganges in upper West Bengal and has lost his home seven times to erosion. He was patiently explaining the government apathy and the engineering folly that causes the river to gulp up the banks.

‘Are you not angry,’ I asked. He laughed and wiped his face with his hand. He picked up a plate.

‘How much can this plate hold?’ he asked. ‘You can fill it only so much. After that, there’s nowhere to go. My anger is like that. I could hold only so much. It overflowed, and then it disappeared. I am pushing 60. After seven losses, I still have a roof over my head.

I don’t know how much longer it will last – the river keeps pushing closer. But for now I have a roof, and I am grateful’.”

Given the heavy doses of humanity she is served up close, it is natural that Arati would bristle at my next question; that of her favourite subjects or stories to photograph. “When you do what I do, ‘subjects,’ ‘topics,’ ‘issues,’ and ‘stories’ disappear. Real people, animals, landscapes, even rivers and trees and rocks and dunes become personal. These ‘stories’ are someone’s life, someone’s future, a landscape irreversibly in flux. What happens has implications for the days, years to come. I do not even think in terms of favorites. Each is important.”

Arati was one of a handful of journalists on site when the worst disaster in its history befell the Sundarbans. She wrote and reported on it exhaustively, all of which can be found here. “The Sundarbans oil spill is a travesty that unfolded on our watch and our collective silence and apathy to the steady destruction of this ecosystem and the lives that depend upon it is unconscionable,” she says.

India can be a dangerous place for a lone woman traveler, but Arati has a different view of the matter. “When I am out in the countryside – whether in Rajasthan or in Assam, I have never ever felt unsafe. When I am in a city, my own city Bangalore for example, it is another matter. In most places the locals adopt you and help beyond their means. Maybe I have been fortunate – touch wood,” she says.

As of now Arati’s work will be taking her to the Cauvery river basin. She is currently presenting to the world a liquid history of Bangalore city; how once the most prosperous of kingdoms is now facing its worst drought in forty years. But she will be returning to her old haunts of Brahmaputra and the Sundarbans soon. She, along with three of India’s finest long form journalists, co-founded Peepli, a platform that ‘aims to bring together the right platform with the right journalist to tell the stories that matter most to a country on the cusp of dramatic, occasionally violent, often wrenching, change.’

When asked to pick life lessons from memorable failures, Aarati is not sure which to choose. Not because she is a stranger to failure, but because her definition of one is different. “Hmm… How do you define failure? I don’t know. Each instance is a lesson to me. I don’t usually go into field with preconceived notions or set ideas, I usually go with the flow, learning from all that I see. So everything is a lesson.

The only ‘failure’ I would say would be to stop learning, stop observing, not slow down and listen to people, places, trees, rivers, mountains.”

Arati’s advice is as invaluable as the rest of her worldview. For those looking to forge a life of their own, she has two words: “Do it!” “But beyond that,” she says, “It would depend on what you want to do. I remember a sobering interpretation of Steve Jobs’s advice to ‘follow your passion’ by Cal Newport. Whatever it is that your passion is, make sure you put in the effort to get so good at it that people cannot ignore you. Being passionate about something is one thing. Willing to put in long hours to develop the skills required to be good at it is what allows you to ‘follow’ it.”