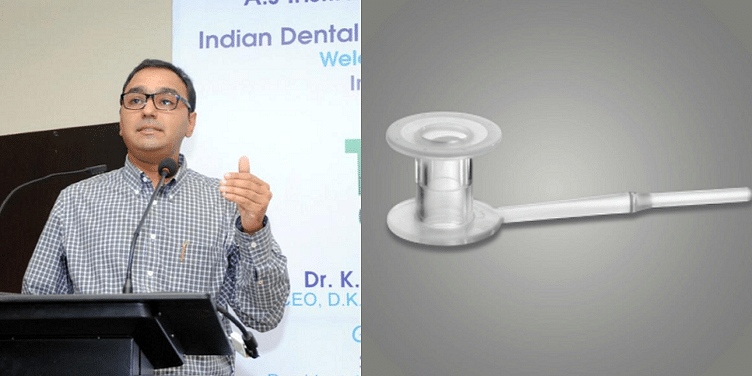 Dr Vishal Rao, a Bengaluru-based oncologist, has invented a voice prosthesis device priced at Rs 50, which promises to help throat cancer patients speak again. So far, patients have had to spend thousands of rupees on an artificial voice box. With Dr Vishal Rao’s invention, poor patients suffering from throat cancer can look forward to speaking again.

Dr Rao told The Times of India, “When the voice box of patients is removed during surgery, they crave to speak. As if the trauma of the disease is not enough, the shock of having lost their voice takes a toll on them emotionally. The prosthesis available in the market costs Rs 20,000 (to be changed once in six months) and is not viable for many poor patients. My objective was to design something that is affordable and can give them their voice back.”

The device, aptly named Aum, weighs just about 25 grams. “We decided to term it Aum as that is the sound which first resonated across the universe. Regaining one’s voice is so much like a rebirth,” said Dr Rao.