A school where the qualification is an economically challenged background 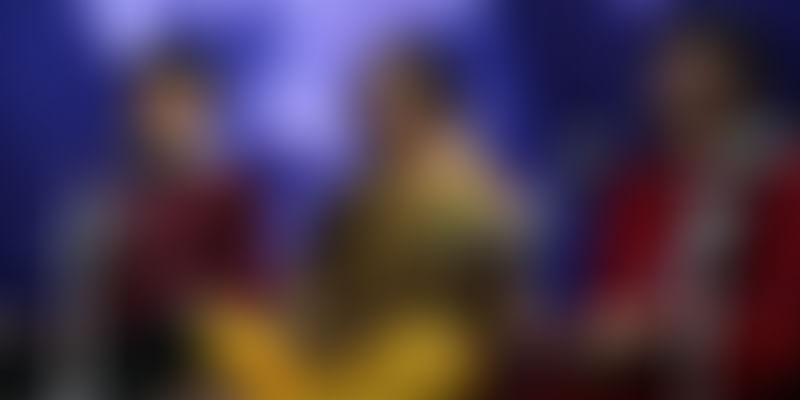 This is the story of how an 8-year-old boy, Duloo Adolkar from the Gavli (herdsmen) community, who lived in Hunsikumari village in Dharwad district, turned his life around, and of the people who helped him make that change. The males from the Gavli community traditionally herd their cattle in the forests surrounding their village.

One day, while herding his cattle, he heard music coming from a settlement in the forest. It peaked his curiosity; over the next few days, he herded his cattle closer and closer to those walls, before finally plucking up the courage to walk in.

To his surprise, he found boys and girls, some younger than him, trying their hand at Hindustani classical instruments such as the sitar and the tabla, and trying to play in harmony.

He wondered what this establishment was.

Founded in November 2002, this was an initiative by Canadians Mathieu and Agathe Fortier. The couple, who had been travelling around India for 12 years, started a free evening music tuition class in Kalkeri; today, that has evolved into the Kalkeri Sangeet Vidyalaya (Vidyalaya ). Needless to say, Duloo was intrigued and wanted to join the school.

Today, Duloo is 23 years old and the highest educated individual in his village, and pursuing a Masters in Music from Dharwad University. He holds a Bachelors in Music, and scored the highest marks in his batch with a distinction. As we walk the dusty rural landscape where the school is situated, he tells me more about his journey.

(When I joined the school, the villagers weren’t supportive. They told my family not to send me, saying the school might sell off my kidneys without my knowledge)

But his father was adamant. When Duloo joined the school, the only thing he could speak, other than his native Marathi, was a little Hindi. But, the one thing he wanted to learn did not need a language to communicate. His first calling – Music.

He dedicated himself to practising the sitar for eight to 10 hours a day, taking lessons from Ustad Hamid Khan. He would endlessly try and perfect the tunes of Saed Pervez and Nikhil Banerjee.

As he climbs his way to another distinction, we ask him if he has seen any change in perceptions.

He smirks and replies:

“Yes, my father might have sent me because he wanted to get me off herding. Today, there is a drastic change in his perception and he tells me to pursue whatever I wish to achieve in life. The villagers give my example to their kids and have started sending all their children to schools.”

Duloo’s younger sibling Dundu, 16, and Janu, 14, are also a part of the Vidyalaya and are studying the sitar and the tabla. They want music to run in their family.

Today, 257 children are changing their lives at the Vidyalaya, which is located 15 kilometers away from Dharwad city, next to Kalkeri village.

As we walk through the modest structures of the school, we are surrounded by children whose eyes gleam with impish innocence. They seem to surrounded by positive energy.

When we ask him as to what he dislikes about the school, he says “I don’t know what I don’t like in school.”

But it’s not just odd stories that bind these souls together –aspirations do. The aspirations to rise to a much higher destiny that the one fate dealt them.

Adam Woodward, Director of the Vidyalaya, tells us more about the establishment.

The school is accredited to the Karnataka Secondary Education Board, and tries to support every student throughout their education cycle till their Masters degree. However, it is only equipped to educate pupils till the tenth grade. Post that, the school provides financial support and mentorship.

However, Adam says there are incidents of girl students dropping out post the tenth grade.

“It feels really bad because all that hard work and potential goes to waste. But we still continue.”

Of the total registrations received, 65 per cent are boys; however, the school tries to maintain a 50 per cent ratio between genders. Moreover, the students are enrolled from villages within a 40 km radius around the school, with not more than five children chosen from each village. This is to avoid conflicts between the settlements.

“To be really honest, the parents are more than willing to give away their children, because they can escape their responsibilities. It is a sad reality, but true,” says Adam.

What stands out, however, is the qualification needed to be a part of the school. The child should be from a socially and economically challenged background.

The course is broadly divided into two broad categories – music and normal education, each having 13 teachers. The subjects taught at the school range from playing instruments like the sitar and tabla, and the performing arts to general subjects like Kannada, English, Hindi, Social Sciences, and Maths.

Today, the school boasts a 100 per cent pass rate in the tenth grade board examination. Adam asks us to ignore the high cutoffs, which have sadly become the benchmark for success. He says that there are students who join the school at the age of twelve, having zero literacy, who are trying to finish a course of five years in a matter of two.

“That’s their achievement, “ he says.

For the school, music is not just the most radical component, rather it’s their thinking. Adam says that they are trying to eradicate the system of examinations and trying to introduce a subject tracker for each student. The teacher student ratio in class is 1:20.

Moreover, the institution is looking to accredit itself to more boards like the National Institute of Open Schooling and even introduce new subjects like French and German.

On walking around the facility, one sees a lot of foreigners dressed in ethnic Indian clothes helping these kids. Adam says that there are almost 20 foreign volunteers at the facility, who have come from across the globe to just be a part of these children’s lives.

The foreign volunteers spend close to five to six months at the school; it is flexible for Indian volunteers, who are expected to spend at least a month or two with the children.

Adam himself came as a volunteer in January 2004. He chose to be a volunteer at the institution and his heart never left

“I never wanted to settle in a lavish apartment and sit on an expensive sofa. It was not what I wanted to do. When you are in the west, you don’t really know how privileged you are. But I believe that you can’t change the world, rather change only a pocket of the world and that’s what I’m doing. You can only motivate others too.”

The Banyan tree of stories

As you spend some time at the institution, you realise it is an anchoring Banyan tree with stories revolving around it, like roots hanging from its branches trying to reach the ground.

While speaking to Adam, we see 18-year-old Mira, clad in crimson Marathi saree who is Mathieu’s eldest daughter. She says that the Vidyalaya is a feeling that is difficult to describe, it is a home away from school

“I’ve always lived in two parallel worlds since the start and this school is a part of my extended family. People in the West are so engrossed with themselves. Everyone buys their own food, eats their own meals, and forgets the meaning of sharing. While here, I feel a sense of community. These kids share even the smallest things given to them without any feeling of regret or remorse.”

She points at the kids saying, “Yeh mere bhai, behen hai… mere bache hai.” (These kids are my brothers and sisters…they are my kids). As she speaks, we feel the fierce love she has for these children, causing us to remember Adam’s words

“Look at these kids. Their courage and tenacity is inspiring. They have a commitment and drive to make something out of their misfortune, so much better than the children in the west, who are always overloaded with information and are plugged into the virtual world.

But as the dust starts settling on the rural landscape of Kalkeri, we know it is time to leave. During our stay at the Vidyalaya, it seems as though these children have found their way into our hearts. They don’t seem just the responsibility of individuals living there, but ours too.

And as we continue our journey on the Jagriti Express, we know we have travelled a long and fruitful inner journey too, and look forward to bigger adventures that are in store for us.