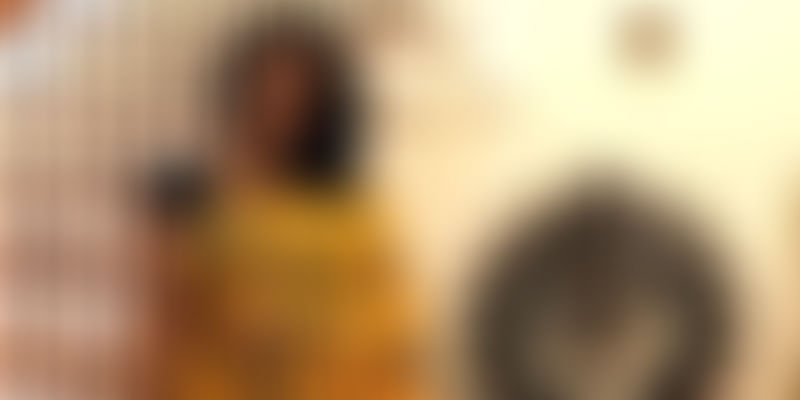 When you really want to make an impact, distance is just a number, even if it means 13, 870 km.

Radhika Kowtha is not a corporate honcho, neither is she a star entrepreneur. For most who fail to understand her choices in life, she is an enigma.

A mother, dancer, cyclist, blogger and most importantly fixer, ‘Rads’, as her friends know her, says: “I put things together. That’s probably the best way to describe what I do. In fact, people think that I have Attention Deficit Disorder and wonder why I don’t stick to one path or career,” she laughs.

After-school programmes, educating the girl child and ‘Saris For Education’ are just some of the causes that she has made her own. Currently busy collecting supplies and arranging for them to be sent to India, she is trying to bridge the 13,870 km between Chantilly in Virginia, and flood-hit Chennai. When a friend spotted her post for call to action on social media, she enquired if Radhika was in Chennai; the response: “I am there in spirit.” She is well and truly in action mode!

“It is hard explaining to people as they often don’t get the concept of the heart and mind being pulled in new directions because I love learning new things and different things fascinate me. I am fairly good at most too, so I don’t see why I should make a conscious effort to be in a nine-to-five job. There is the undercurrent and the sympathetic looks but it ceased to bother me a long time ago,” she says.

Over the years, she has come to be closely connected with the field of education, doing all she can to help different causes. She volunteers at her kids’ schools in running after-school programmes. This got her started and made her realise that she could work towards making an impact.

“I have two daughters and I believe all girls everywhere deserve the right to education and equality, and we all have to do our part, however small, so collectively a difference is seen. I love volunteering at the schools. The teachers are amazing and their dedication makes me feel so small.”

To rally people to support a cause that does not directly impact them or does not have an instant visible impact is a challenge, one that she deals with in the simplest of ways. Radhika overcomes it by being transparently passionate about what she does. According to her, “The only way to allow others to see your vision is being openly excited about it. For, once they step into your shoes, the cause resonates with them and there is a good chance that they will act on it.”

With all that Radhika has been doing, her life has not been devoid of self-doubt. “Just over the past couple of years I have started accepting the fact that maybe this is what I am meant to do. Meander, and learn different things and enjoy being in the moment, help and give back what I know. I am just very happy when I do or create things and opportunities to make things better,” she says.

One of Radhika’s leading campaigns this year was Sari For Education. Inspired by the ‘100 Saree Pact’ that was using social media to reach out to women to encourage them to wear saris and engage them in sharing the stories behind their saris, she decided to add another element to it where it could reach a

demography that can reap tangible benefits of the pact.So, for every sari that Radhika wears, she puts aside some money, so at the end of the year she has a substantial amount to donate without feeling the pinch. The funds will go towards education of the girl child.

This cause brought some difficult moments with it. Radhika says, “Some folks thought it was a publicity stunt. I lost ‘friends’ and I’ve lost my own writing career/regime a bit. At the same time, it has opened some valuable avenues and relationships so it’s been a great ride.”

“Sari connects us to India, makes us feel part of a community. It’s very distinctly Indian. It’s a source of identity, our roots. Nothing screams desi like a sari-clad woman.”

Given that most women in India don’t look at sari as a great option, Radhika’s take on it is refreshing. “Most of us feel the sari is a very pretty outfit, and unequivocally so, among all generations and sub-communities. This has not been a difficult cause as saris are popular among all communities, regardless of state, language and even the generations in the US.”

Radhika’s life in the US has made her self-reliant and independent. This has come in handy with taking challenges head on. “Life here is about independence, freedom and accountability. It forces us immigrants in general to grow and grow strong. We are forced to reconcile with the fact that we alone are responsible for the successes or failures because inter-dependency is at an all-time low, when compared to back home. Since there are no maids or a huge family network to fall back on or take for granted, life is tough and women have to work really hard at work and home and we learn to juggle a lot. It makes us pretty good managers and multi-tasking, independent individuals. That’s always a good thing!”

Radhika grew up in Chennai, studied Optometry at Sankara Nethralaya, but three visa rejections saw her continue her studies in India. She moved to US in April 1997 with her two kids after three years in Brussels.

With two young ones and day-care problems, Radhika jumped ship and instead of studying medicine as she had always planned to do she pursued an MS in Information Systems. “There is a tiny part of me that feels I failed my father because I could not do medicine. But that is beyond me now,” she explains about the choices she made and how her father who was an inspiration to her had wanted her to pursue medicine.

Radhika worked as a Data Analyst/DBA for sometime and when she turned mother a third time, she took to blogging. It has been nine years since she started the blog and through it she enjoyed interacting with other women and learning from them. “I interact with ordinary women with extraordinary zeal, and I learn so much from them all,” she says.

In 2009, due to torn cartilages in both knees, Radhika had to undergo surgeries that dampened her spirits. It took a Herculean effort on her part to overcome it and get functional again. It is one of the biggest challenges she has faced in her life.

“The physical therapy was grueling, and the winter was unforgiving,” she shares. Finding the three months of dependency on the crutch tiresome and unacceptable, she decided to change the status quo. She decided to take up cycling.

Radhika reached out to the ladies wing of the WABA (Washington Area Bicyclist Association) and pushed herself hard. It took her a few months but soon she was able to get the hang of it.

“When I did 50 miles last winter in the cold, I was so happy and proud of myself. I could barely walk 10 miles because my knees hurt, but I could cycle that distance,” she recalls.

A firm believer in Age quod agis, a Latin saying meaning, ‘do well all that you do‘, Radhika concludes, “Once you start going down a path with great conviction, people will see your vision at some point. They or their approval isn’t important per se, but if it helps reach your goal with all of you intact, it makes for a happier journey.”