Easy funding days for startups are over, but macro outlook is good: 6 insights from SMAC Day 2016 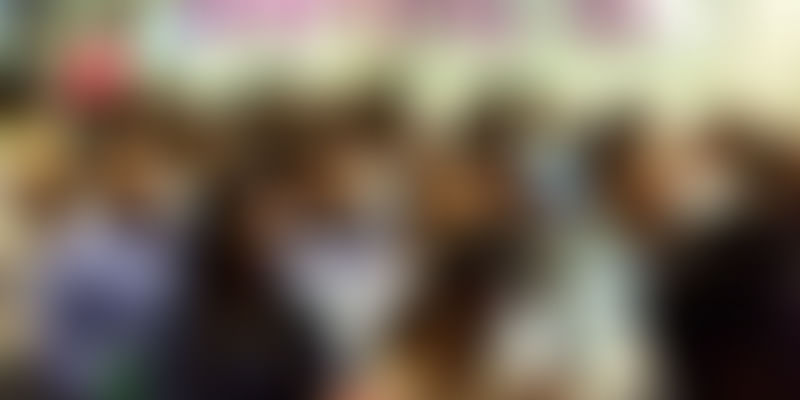 The disruptive impact of SMAC technologies (social, media, analytics, cloud) on sectors like retail and communications opens up new opportunities for startups. The second edition of TiE Bangalore’s SMAC Day drew a wide range of entrepreneurs, venture capital firms and technology players for a day of panels, workshops and startup pitches.

Here are my takeaways in the form of six insights for SMAC startups, based on the panels and workshops (see also my writeup on last year’s SMAC Day 2015 here).

Easy funding days are over

“Deal cycles in India have become longer, investors are more cautious now. The volume and value of deals is coming down,” cautioned Klaas Oskam, Managing Director of Signal Hill. As compared to $1.3B in July 2015, the volume of deals in SMAC startups was down to $225M in February 2016.

“There is pressure on startups to show clear path to profitability. There is a record herd of companies that will require follow-on funds,” he said. “The easy funding days for SMAC startups in India are over,” Klaas warned. In the coming year, valuations will become more reasonable, there will be more local M&A, and an uptick in distress deals will emerge.

At the same time, it is not a ‘gloom and doom’ scenario, he added. “The VC way is not the only way to build a unicorn or $100M+ SMAC business,” he explained, pointing to Zoho, Mu Sigma and Photon as examples. The $100M-$500M valuation club from India includes startups like BrowserStack, DirectI, MediaNet and RateGain.

“Bootstrapping on modest funding often makes sense. You are in control, and not answerable to an investor-controlled board. Bootstrapping is good when your market is niche (up to $1B consumer, $100M enterprise), and there is a high linear service element in the business,” said Klaas. “An unparalleled startup ecosystem is evolving in India,” he summed up.

Innovate under constraints, scale with technology

The overall digital trends in India are positive – mobile and Internet growth will continue to be fast, though physical infrastructure will improve only slowly, said Rutvik Doshi, Director, Inventus Capital Partners. Startups will continue to emerge but need to improve the way they scale. “Throwing people to scale is not the only answer; spend more time on product engineering than hiring more customer executives,” he advised.

With smartphone penetration booming across India, much debate has focused on ‘mobile first’ versus ‘mobile only,’ or ‘app versus mobile web’ implementation. “A good mobile product has to have three key features: usability, desirability and utility,” said Ramakumar Narayanan: General Manager, eBay Product Development Center, India.

The mobile interface should be self-explanatory and should not test user patience. It should solve the customer problem, and should have features which are only judiciously added. At the same time, the mobile product should fit into the user’s life and aspirations, and understand and influence user feelings. Form, colour and function should be harnessed to drive desire for the product.

“Your user base itself may change month after month, as well as their behaviour. Get in front of the target user segment as early and often as possible. Product management is an art and science,” said Ram, pointing to the classic ‘Swing Cartoon’ as an example of frequent mismatches between customer needs and product delivery.

Without instrumentation of the product, you will be blind to impacts and assessment, Ram cautioned. Designers and developers should learn continuously and fix continuously. Design is an amalgamation of personal experiences, market research, user testing, and competitive solutions, Ram summed up.

“We are at the dawn of the Cognitive Computing Era. The world is being reinvented in code,” said Shubhradeep Nandi, Technology Evangelist at IBM. Connected cars today have over 100M lines of code, for example.

SMAC and cognitive systems add a new layer of intelligence in the following areas: perception, memory, judgement, learning, and reasoning, said Nandi (see also my book review of ‘Code Halos: How the Digital Lives of People, Things, and Organisations are Changing the Rules of Business’).

In a hyper-connected world, cognitive systems help deal with scale, context, decisions, response, and ever-growing ingested volumes of data. At the furthest end of the spectrum, artificial intelligence (AI) can emotionally understand you, aid you in your learning journey, and talk in your own language, explained Nandi.

Consumer analytics: there is no such thing as ‘too much data’

Insights on consumer analytics and metrics were offered by a panel of successful SMAC startups. “The mobile web gives us a lot of flexibility to innovate with different features. For example, social pay worked very well for us – we give free content in return for tweets and so on,” said Gaurav Munjal, Co-Founder and CEO, Unacademy and Founder, Flatchat.

“Don’t gloat if you have a billion new consumers – is there a way to make money out of this even without a sugar daddy?” cautioned Satish Medapati, Founder and CEO, Bounty App. Understand the mental model of the consumer, and understand the value and service gaps, he said.

Track drop-off rates all along the purchase journey. There is no such thing as ‘too much data,’ advised Akash Gehani, Co-founder, Instamojo. Data and customer responses should be tracked across the range of social media, and not just the usual suspects like Facebook and Twitter. “Quora worked very well for us to educate people about how online payment works,” said Nikesh Garera, Co-Founder and CEO, EventsHigh. “Your user will recommend you best only if you deliver a wow moment,” he said.

Along with Deepa Bachu, CEO of Pensaar, I conducted a workshop on design thinking for startups based on my ‘8 Is’ framework: intent, insights, immersion, interaction, ideation, integration, iteration and intensification. The framework is based on having a mindset of customer empathy, continuous experimentation and ecosystem thinking. Design thinking and agile methodology have been credited with powering the success of companies like IDEO, GE Healthcare, Twitter and Apple.

Empathy maps (of what people say, do, think, and feel) reveal deep insights, though the process may be messy as designers move from Post-Its to storyboards. Prototyping is key for product development and customer engagement, said Deepa, drawing on a case study where a company team ‘pretended’ to be an IVR so as to better understand customer needs before coding the IVR decision tree.

Design thinking should be seen as a blend of insights, ambitious dreams, and disruption, leads to co-creation of unexpected delight. “Fall in love with the problem, not the solution,” Deepa advised founders.