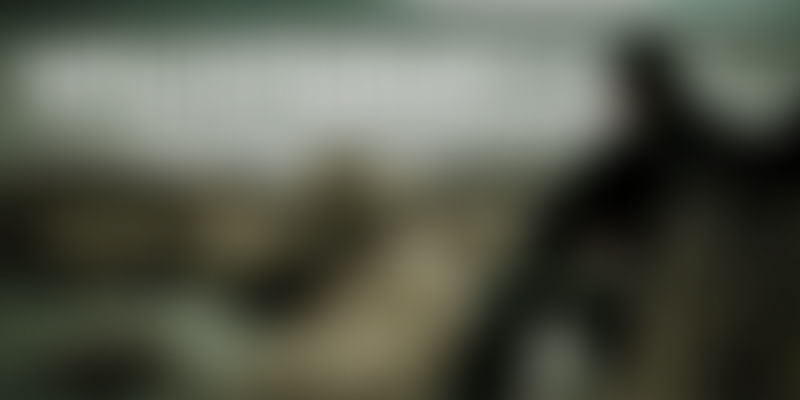 We were like every other undergraduate student. We were motivated to build a business while still in college and even skipped our college placements.

People say, ”Startup is like jumping off the cliff and then building a parachute before you hit the ground.” In our case, we did jump off the cliff but didn’t bring the tools to build the parachute.

Let me take you through my journey from early motivation to the demise of my startup.

I still remember that night when my friend and I strolled around our university discussing how great companies were built. I loved the idea of building my own company; it gave me goosebumps! ‘Something Pvt. Ltd.’ owned by two guys who are still in college!

‘An entrepreneur’ - became my life goal the next morning.

The year 2013 was great. I started learning to programme with only one motive in mind: to build a website for my future startup. I read books like Rework, Purple Cow, Startup Playbook, Crossing the Chasm, and plenty more to feed my insatiable hunger to learn about building startups. This was the time when I started following YourStory and it kept me motivated.

I gained the skills to build a website and a tiny bit of knowledge to build a startup. It was the end of March and an idea started to dawn on me. A network for students in college where then can collaborate, help, train, and connect with their alumni.

I named it 'ScholarNet'. It was a massive project, and way out of reach from me and even some great minds in the computer science branch. I got in touch with some professional web developers and they asked Rs five to eight lakh to build it. I would have paid that money but thankfully my monthly allowance of Rs 5,000 didn’t let me.

I had to trim down my project so that I could build it on my own. I laid down my idea on a sheet of paper and looked for a starting point.

I came across ‘Training’. That’s it! A website where you can find all the vocational training courses in your city and get reviews from fellow students as well (you can say Udacity for offline courses). I did a quick research and found that nobody was doing this in my city. I fell in love with my idea and shared it with my friend. He was also excited about it and I brought him on-board as a co-founder.

It took us just four days to refine our idea and find a domain name for it. We started working on it on the fifth day.

It was a complex website and took nearly a month to build. Our website allowed students to know which institutes offered a particular course, read reviews of the course, watch demo lectures, view photos of the institute, and find its location via Google Maps. With one click they could easily apply to the institute and avail maximum discount on the course fees. We were really proud of what we created.

So far we had an idea and a minimum viable product (MVP) with no market validation or a customer.

We decided to pitch our product to an institute. We fixed a meeting with one of the most reputed institutes and showed them our product. They loved it! They were ready to pay Rs15,000 in cash on the spot! We were excited, spellbound, and it felt really great.

We were on cloud nine after our first success and approached 12 -14 more institutes in the coming months and 10 of them signed up on the spot! It was as if our product was the solution to all their suffering.

We took feedback from the institutes and modified our product to their liking.

The work was manageable till now but it was bound to go out of our hands. We approached two of our friends and brought them on board. This was the time when our focus shifted from creating a great product to generating large revenues.

We had decided to ‘launch’ our startup on January 19, 2015. We had it all: courses from best institutes, discounts, and a free resume builder. We believed it was destined to be a hit.

It was not a hit. It was an all-round flop show. We demonstrated our product to hundreds of students and no one seemed to care about it.

It was the first time we ever demonstrated our product to our end users. The biggest mistake.

It was that time of the year when our college fest was going on. We got ourselves free space to promote our start up. We became popular and our website traffic grew by 300 percent but no one opted for the course from our website.

Students were enrolling, but not through us.

During this period when students opt for vocational training we were hoping to show a stellar performance. We had pumped up our ‘advertising’ and offered extra discounts, on our part, for training courses applied through us. Sadly, we received a mere 11 applicants.

We found out later that students received hefty group discounts (more than ours), and some of them joined vocational training at a government institute. It all made sense now.

We officially shut down our startup and the team parted ways.

What did I learn?