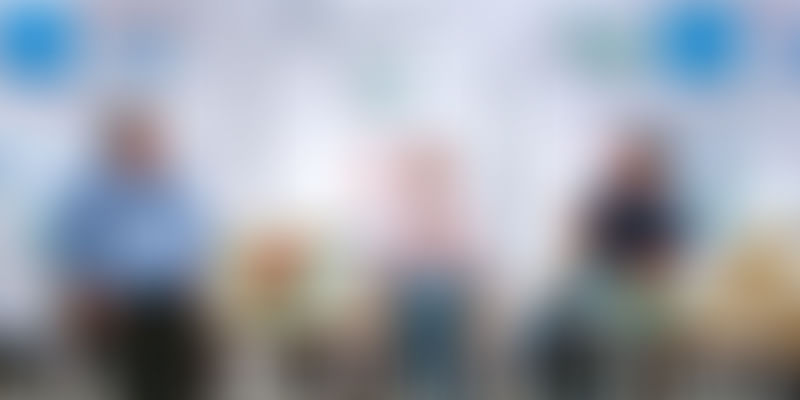 Entrepreneurship by nature is enjoying the bliss of the highest highs and weathering the disappointment of the lowest lows. One can’t exist without the other.

Ravi Gururaj, Chair of the NASSCOM Product Council and Bala Parathasarathy, Managing Partner at Angel Prime (now Prime Venture) were recently part of a panel discussion at StartupMaster Class, an event hosted by IIT Kanpur Alumni Association in Bengaluru. Ravi and Bala have the unique distinction of being on both sides of the table – starting up and also investing in startups. Recently, both of them decided to startup again.

Ravi started QikPod, an IoT and cloud-enabled locker solution to allow e-commerce companies to deliver couriers at any time, while Bala is currently running a stealth-mode startup in the Fintech space. During the course of the panel discussion, they spoke about their motivations to startup again; how entrepreneurs can validate startup ideas; make effective decisions; and build a great team. Here are the highlights from the panel discussion:

“What brings you back to entrepreneurship?”

For Ravi entrepreneurship came as a natural path. He felt that he was an ‘intrapreneur’ while working at Citrix and other companies, early on in his career. As an entrepreneur, he has founded six technology ventures, two of which exited as public NASDAQ companies. He has also been an angel investor and a mentor to many entrepreneurs and is Co-Founder and Co-Chair of the Harvard Business School Alumni Angels - India. Looking at the inefficiencies in last-mile logistics in Indian e-commerce, he noticed a big market opportunity. So, after studying the sector, he decided to make the delivery and pickup of packages more convenient through QikPod.

Bala didn’t reveal much about his latest venture except that it is a consumer-facing mobile startup in the Fintech space. He also saw a big market opportunity and after working on it for many months, got validation that he was onto something. Bala had earlier co-founded three successful, and a failed, technology startups.

When it comes to decision making, Ravi believes that entrepreneurs should keep it simple and be comfortable with what they do. He said, “Don’t go ahead with something if it makes you uncomfortable. For example, hiring is important. Don’t hire just because someone is available at the moment.”

In terms of the product, Ravi advises startups to ensure quality from their early stages. To do this, entrepreneurs should get actively involved in the first few hires and then give employees freedom to make decisions. He added,

Early employees are generally taking decisions for the first time too, so keep that in mind and don’t hire the wrong people.

Ravi also believes that for early stage startups, hiring decisions are more important than fund raising exercises. Also, since VCs look to invest in great teams, focussing on team building is beneficial in the long run.

Ravi believes in the clichéd, ‘Hire better than yourself’ philosophy, but admits that it is difficult to judge people based on a short interview. He added, “What worked for me at QikPod was that I was able to hire a lot of people I already knew well from my older startups. Confidence and trust is key.”

Bala added that entrepreneurs are generally inundated with a variety of decisions, and hence need to prioritise. He said,

There is a hierarchy of decision making. Some of these are obvious, some not so much, when you are in the trenches of a business. So you need to figure out and delegate effectively to the right people.

For Bala too, hiring is one the main priorities and he advises startups to approach it in a structured manner. At his stealth-mode startup, he currently spends about 70 per cent of his time hiring employees. He admitted that 23 years ago, while hiring for his previous startup, he had gone ahead based on availability instead of holding out for the best talent.

Most early-stage startups in the prototype stage generally face difficulties in validating their idea and figuring out if there is a product-market fit.

Bala agreed that validating a startup idea is something most people ‘short-circuit’ and try to accelerate, while in fact they should spend more time on it. He believes that startups should speak to early adopters and get the right team onboard first. He said,

After that, the die is cast and everything else depends on execution. So you should be really sure of what you are doing, as you will spend the next few years on it.

So his advice to startups is to build a prototype, get feedback from people and iterate. He said, “I spent many months talking to the right people to validate my idea and during that time it morphed into something different.So, spend enough time on it but, don’t get ‘analysis-paralysis’ either. You need to take the leap of faith at the right time.”

Ravi feels that the philosophy to live by is to never look in the rear-view mirror and think about the things one could have done. He reflected,

Even successful startup founders sometimes look back and wish they had done a few things differently, but there are so many decisions to take and they can’t all be right.

How to sell something at prototype stage

Selling a product or service when one only has a prototype or idea is not easy. But Ravi believes that it can be done if a startup can describe what it plans to do clearly in 90 seconds and show how they added value. He said,

We generally hear so many complicated plans with so many variables and dependencies. Keep it simple, instead.

On how he convinced investors and partners to come on board for QikPod, Ravi shared the current inefficiencies in the system and the cost-effective ways to solve them. “Customers generally want to receive their packages at home between 4 to 7pm, when there is highest traffic on the road. This causes problems for logistics companies and many packages remain undelivered. With QikPod, we aim to streamline this with a locker service and also get packages delivered to those hubs at night, when there is less traffic.”

While it may look simple in hindsight, Ravi admits that he spent many months finalising all the finer details about QikPod and then approached five to six potential customers who might need it. He actually found that two of them were actually willing to invest in it at that stage. Bala interjected

A mockup is generally enough. People are smart and you just have to capture their imagination.

Too early or too late in the market

History has shown that startups that are either too early or too late to the market generally face tough times. Both Bala and Ravi believe that good execution can counter market dynamics.

Bala cited the example of his startup Snapfish, a web-based photo sharing and printing service which was the 127th player in the space. He explained that it was product differentiation and execution helped them sail through and later on get acquired by HP, while others failed. He said,

The main focus should be on whether there is a problem to be solved and money to be made.

Ravi also added that most ideas aren’t completely original, but variations or improvements of existing ideas and execution and fine tuning them is what matters.

How to prevent idea theft?

Getting feedback from a pool of early adopters can help startups improve their product drastically. But most founders fear ‘idea theft’. Bala admitted that this is a real concern and one should try to share the startup’s roadmap only with trusted people. For his current startup, Bala said he had spoken to about 700 potential customers and based on feedback, has reason to believe it would work.

Coming back to the pain point, he said, “No one thinks about your idea as deeply as you who dreams about it every day. Others may not have the motivation, time, and drive to take it up. So idea theft generally doesn’t happen, and we shouldn’t think too much about it.”

A dilemma many startup founders face is under what circumstances they should look for co-founders and when they should battle it out alone. While Bala has had co-founders in all his previous startups, Ravi has been a solo founder in most of his ventures. Talking about the merits of co-founders Bala said, “Good co-founders can share the load and help you increase the odds of success as there are more people invested in it. Think about what the business needs and if you don’t have everything figured out, think of how to fill those gaps.”

On the other hand, Ravi said that being a solo founder helped him accelerate growth faster.

Because I had an idea of what I was doing, it was easier to go faster in the early stages, with lesser decisions and consensus.

But Ravi added that he had many co-promoters and strategic partners who have helped him in his ventures and an entrepreneur should get a co-founder on board, who brings many complementary skills to the table, which the startup lacks at that stage.

Ravi considers the relationship between co-founders a ‘marriage of convenience’ and finds that most founders give up quickly in their search, and finally pick a cofounder who just meets their minimum criteria.

Startups generally face a lot of competition from mature enterprises and other startups. Talking about how startups should perceive the situation, Ravi said, “Regardless of pedigree or credentials of competitors, don't focus too much on the competition. Any market generally has enough space for multiple players and, in most cases, startups keep morphing till they achieve product-market fit.”

Bala believes that most markets are not winner take all, unless it involves a small niche market, which is already locked in by a few players. Bala says,

In that case, change your strategy and go after a larger market where there is enough room for growth.