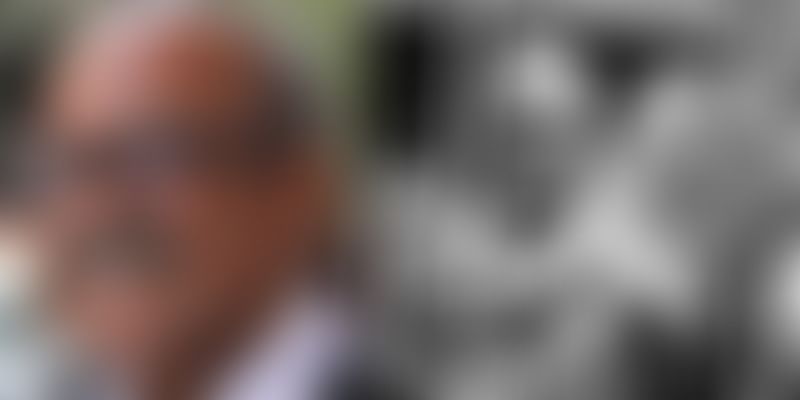 Professor Sandeep Desai chuckles as he recalls the events of the first day he actually set out to ‘beg’ on a Mumbai local. Sandeep, a former marine engineer and a management professor, spent the better half of September in 2010 trying to convince his colleagues to not disown him for what they called an ‘outrageous’ idea.

One afternoon, he convinced his co-trustee, Professor Nurul Islam to accompany him. Nurul agreed to stand at a distance and watched as Sandeep tried to convince commuters on a train to contribute money to build English medium schools in villages, reports The Huffington Post.

According to NDTV, in 2012, Sandeep was a familiar face on Mumbai’s local trains. He went around begging on the crowded local trains to raise funds for running English medium schools for underprivileged children in rural Maharashtra and Rajasthan.

Between 2010 and 2012 Sandeep raised more than Rs 50 lakh to run four schools. Sandeep’s ‘begging’ exercise would have been a miserable failure if not for the commuters who donated generously every time the professor boarded their compartment.

Raunak Mehta, a commuter on the Western Railway told NDTV, “He has several news paper cut-outs about himself which he carries around with him. I have been travelling in this train for two years now and I see him every day, if he wasn’t genuine he wouldn’t come here every day.

There are a lot of young children in India who are unable to receive education. If these children are getting support and are being educated because we made a small donation, then we are very grateful.”

Six years on, Sandeep has one school in the drought-hit Yavatmal district in Maharashtra and three in Sipur, Sadakadi and Naijhar villages in Udaipur. The school in Yavatmal has 180 students till standard two and five teachers. The students in standard two will begin classes in the third standard this year.

The three schools in Udaipur’s tribal belt have 310 students in total and seven teachers. These too have classes till second standard now. The school in Yavatmal and one in Udaipur have already received government recognition.