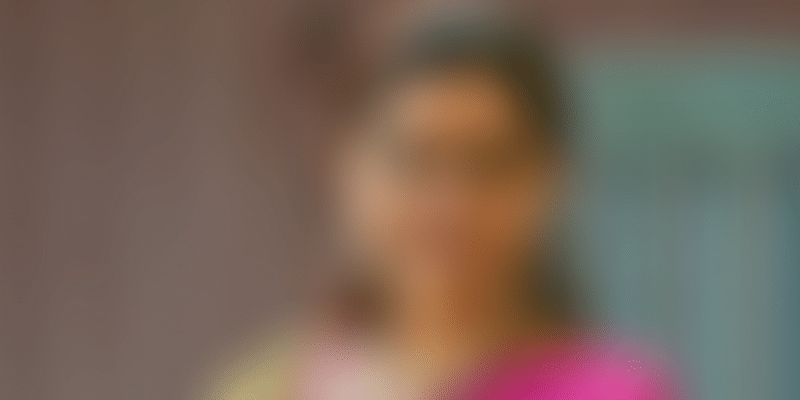 Dr Saundarya Rajesh has been championing the cause of career opportunities for women who have taken breaks after marriage, motherhood, or relocation for over a decade. She was chosen as one of the 100 Women Achievers of 2016 and was felicitated by the President of India, Pranab Mukherjee and Maneka Gandhi, the Minister of state for Women and Child Development, in January this year.

Founder of AVTAR career creators and the AVTAR I-WIN network (for women returning to work after a break), 47-year-old Saundarya has won several commendations and awards in her career spanning two decades, but there is a special place in her heart for a simple card. She says, “In 2008, I received a card that was made by an 11-year-old boy. He thanked me for finding his mother a job after an eight-year break. That is the best award I will ever get!”

Though participation of women in different sectors of the organised workforce has undergone phenomenal changes over the last 30 years, in terms of sheer numbers there has been a decline in women’s workforce participation; during the time window from 1990 to 2010, the decline is at almost eight per cent. The fact that gender equality plays an important role in economic development has long been proven by social researchers. The World Economic Forum’s Global Gender Gap Report shows a positive correlation between higher female labour force participation and per capita GDP.

So what does it mean for India? Over the next 40 years, India is projected to add 424 million working-age adults. According to a 2015 study commissioned by McKinsey Global Institute, if India can increase women’s labour force participation by 10 percentage points (68 million more women) by 2025, India could increase its GDP by 16 per cent. That means an estimated Rs 46 lakh crore ($700 billion) addition to India’s GDP. Also when women are given a Hobson’s choice of either family or career, the nation stands to lose the investment made in women’s education.

Saundarya set up recruitment consulting firm AVTAR career creators in 2000. When Saundarya started the online platform called AVTAR I-WIN in 2005, it was the first time a system was set up exclusively to help women re-enter the workplace. They organise counselling sessions, career-entry programmes, skill-building and networking sessions, second career as well as early career recruitment. With an employee strength of 75, AVTAR I-WIN has helped 8,000 women get back to work after a career break.

When Saundarya began evangelising the concept of second careers for women in 2005, she had to face management of companies as well as recruitment agencies who would reject point blank the resumes of women who had taken a break. “There was a mental block and they would ask me why I could not send them serious resumes,” she says.

Saundarya decided that the problem had to be approached differently. She started convincing organisations that women who had taken breaks were a viable group for employment. Soon corporates that were hungry for good talent, decided to try out Saundarya’s suggestion – engaging “returning” women professionals. The very first recorded instance of a ‘second career’ programme in Indian industry took place in July 2006 under the stewardship of Saundarya. Around 400 women re-entered the workplace for the first time.

Saundarya began counselling organisations to develop a Gender Inclusion plan. Using research and analytics, she focussed on the monetary value that organisations would accrue if they invested in women’s careers.

Today, Saundarya travels extensively speaking in various conferences and forums on the benefits and importance of engaging with women on career breaks. The AVTAR I-WIN network has grown to about 40,000 women professionals and is today a destination not only for women professionals, but also for organisations that want to leverage this gender inclusive talent strategy. Several organisations have started offering critical roles to women after a break. Organisations such as Hindustan Unilever, Axis Bank, Godrej, Goldman Sachs, Axis Bank, Fidelity, HCL, Godrej, Philips, and Microsoft have also started their exclusive second career programmes.

The very first project that AVTAR undertook, 15 years ago, was that of the privatisation of the Chennai Container Terminal. The expats in charge were not happy about the fact that they were giving them the profiles of women engineers, rather than men for the position of “Fork-Lift Operator”. Saundarya says that a woman engineer who attended the interview went on to perform it excellently, sitting 25 feet above the ground in a small cabin and operating the fork-lift with finesse, and thus landed the job!

Saundarya is nostalgic about her childhood in Puducherry, in a world without televisions and smartphones, spent reading her favourite books and cycling to her school that was nestled amidst mango orchards. She wanted to teach English when she grew up.

The Madras University Gold medallist in English Literature in 1988, she met her husband Rajesh who was her batch mate while pursuing MBA. A mother of two, she quit her job at Citibank after her first child was born. Her own experiences while trying to get back to work post motherhood led her to her calling.

Saundarya says, “In the 90s aspirations of women had to be restricted to either children or career, and managing both was tough.” She struggled to find a job that gave her flexibility since her children were young along with an opportunity to exercise her skills, and so turned to teaching. She taught as a guest lecturer at the MOP Vaishnav College for women, Chennai, and could understand first-hand the calibre of Indian women through her students.

Also when Saundarya visited the UK on a Chevening Scholarship in 2005, she interacted with several professionals (male and female) who took up only part-time or project-based assignments. She met an engineer, who lived in the country and tended a tulip garden and a web technologist, who was part of a Shakespearean theatre group. “This beautiful dichotomy truly inspired me. I thought what if we supported the need of Indian women to manage home and hearth, while at the same time not waste their talent and skills?” Today, Saundarya has the satisfaction of translating that thought into an organisation that helps thousands of women.