Bootstrapped interiors business Studiokon has broken every barrier to succeed 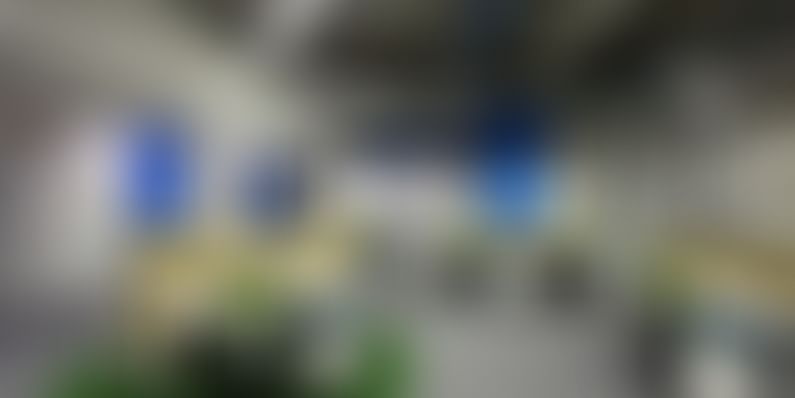 The proliferation of technology and the Internet has reduced entry barriers for starting up to a great extent. Unicorns like Flipkart, Ola, Snapdeal, and Paytm may have all had humble beginnings, but in a short span, they created new markets, which were fairly unknown to us. Weeding out inefficiency and disrupting a segment with high entry barriers become more challenging for a newbie in the trade.

However, true conviction and a positive attitude can help you beat all the odds. This is the key takeaway after one has engaged in a conversation with 34-year-old Tushar Mittal, who founded Studiokon Ventures (SKV) in 2009.

I started with the Rs 12,000 I saved during my short stint at DLF. Unlike new-age startups, an interiors business catering to high-end clients demand credibility and proven track records.

His passion for his startup made him endure hardships during the initial days and his eureka moment finally came when he won a contract to modify interiors for a known corporate.

Since then, SKV has come a long way and acquired multiple blue chip clients including Lanco, Gemelto, Emerson, AON and ZS associates, and Mittal is expecting a Rs 110 crore revenue this year.

But success did not always come easy for Tushar, who had to struggle against his own family and established social norms to be able to put his entrepreneurial ideas into reality.

Mittal was born in a small village Rudawal (40 km south of Bharatpur, Rajasthan), where his parents used to run a grocery store. He began his education in a village school and turned out to be the first-ever student to step out of the village to participate in an inter-state debate competition. Mittal adds,

I was good at my studies, but after my higher secondary education, our financial condition forced me to join the family business.

His family had taken a hugeloan from local lenders/ relatives and the family was under tremendous pressure to return it.

Not ready to compromise on his dreams, Tushar Mittal left his home and family at the young age of 17 to follow his chosen path. Despite undergoing trying financial times, Mittal continued to harbour dreams of pursuing higher studies. Mittal explains:

Once, I went to another city to attend a marriage. While there, I met one of my relatives who encouraged me to study further. Later, we met again by accident in Bharatpur, and he asked me to manage whatever I can. The next day, I left for Kota with a sum of Rs 22,000.

He studied Engineering in Kota and supported himself by working with an architectural firm.

While studying in Kota, he supported himself by working with an architectural firm, a stint that helped him cultivate his latent talent in the field of interiors. He also completed his PGDM in Construction Management from NICMAR and BE (Civil) and was the first person from his village to get an education loan from the Punjab National Bank. “Getting a loan sanctioned in 2001 was a tough task, especially when you had nothing to offer as collateral. But I persisted with the zonal manager who helped me navigate a maze of red tape,” says Mittal. Finally, his perseverance off and he got a loan for his Masters’ degree.

In 2006, Tushar got his first placement at DLF. The following year, he left to work with an independent contractor before taking the plunge and establishing Studiokon Ventures (SKV) in 2009.

The company, which has an 80-member team, claims to maintain an annual growth of 30-35 per cent. So far, the company has completed interiors for over three dozen offices including ZS, SITel, Stryker, Axtria, Emerson, Nokia Siemens, Aon. Mittal adds,

Understanding customer psyche is the most crucial part of any product/service. We didn’t lose our focus on these two things.

Last fiscal, Studiokon crossed the Rs 62 crore revenue threshold and Mittal hopes to reach the Rs 110 crore mark by the end of the current FY. “With desired deliverables, control on cost, and deadline-bound commitments, Studiokon managed to establish its credentials quickly and differentiate from legacy-led businesses,” says Mittal.

According to Mittal, technology hasn’t touched the interior business at its core, however, SKV is developing complementary tech capabilities to offer a full-stack platform (right from design and procurement to execution) for all interior needs.

Bootstrapping makes you believe in yourself and value business fundamentals. I am not against raising institutional money, but investment against equity is the most expensive avenue of funding.

So far, SKV hasn’t approached VCs for money as Mittal sees banks as a better option if your account books are healthy and tidy. Mittal adds:

Bootstrapping teaches frugality and makes you operate on internal cash-flow.

For him, new-age technology startups are creating new markets and solving key pain-points. “But their prioritisation of growth at any cost over profitability is not in line with my business acumen," he adds.

The company plans to become a Rs 500 crore entity by 2020. Mittal concludes,

Achieving Rs 1,000 crore from a few hundred crore requires tremendous effort and to traverse this distance, we need institutional investors.