From Bengaluru to Dharavi, how Tesseract bootstrapped its way to success 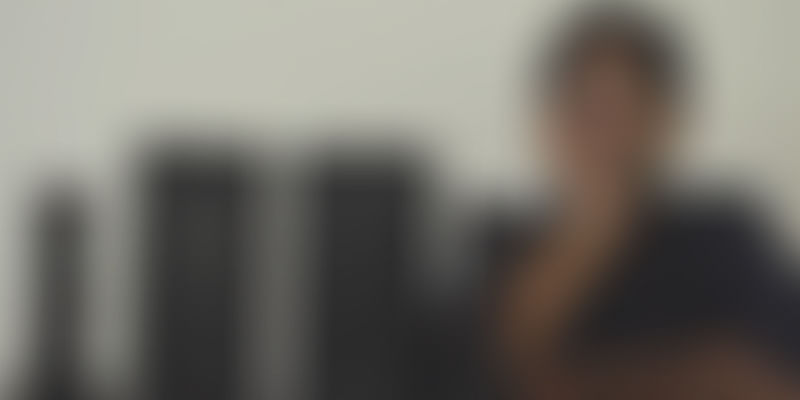 Starting and running a company in India is not easy. A 2015 World Bank report ranked India 130th out of 189 countries in terms of ease of doing business. With the government’s ‘Startup India’ initiative, 2016 looks to be better, but the country still has a long way to go to be regarded a conducive environment for startups.

Despite knowing the difficulties involved, Kshitij Marwah decided to launch his hardware startup – Tesseract – in India, although he could have easily chosen the more conducive US as his base. Here is the story of how Kshitij and his team built a 360 degree camera in India from scratch.

Kshitij Marwah(28) started his journey at IIT-Delhi and was exposed to the world of technology and innovation through short stints and internships he experienced at Harvard Medical School and Stanford. After graduating from college, he decided not to follow a traditional career path and spent six months backpacking across Europe engaging in photography. After he returned to India, based on his friend’s advice, he applied to MIT Media Labs and got through.

After a wonderful experience at MIT, he returned to Mumbai as the Head of MIT Media Lab India Initiative, and launched its first design workshop. Holding workshops across Mumbai, Delhi and Bengaluru, he was able to bring designers, technologists and product folks together. He then started working on light field camera (LFC) technology to build a 360 degree camera.

Over the course of six months, Kshitij and his team at Tesseract went about developing a 360 degree camera. The aim was to build a camera that could create photos, walkthroughs in 360/3D/virtual reality, giving viewers an immersive experience of a house, street, hotel, restaurant or locality.

From concept to prototype

Starting from Bengaluru, the team explored multiple design ideas from a six camera structure on a spherical surface, to five cameras in different planes and then finally had a working model with a four-camera design. A major downside though was that the setup required three people to operate.

They also realised that the four-camera setup was causing parallax errors as the cameras were spaced apart. They tried multiple software solutions but couldn’t fix it. On the hardware side, they found calibrating four different cameras challenging.

They tried three cameras and then two cameras, but both failed. After in-depth research, they found that the one-camera design worked best when rotated on a particular axis. They named the device – Methane. The next challenge was figuring out the most suitable battery configuration to run the camera. After a month of testing different batteries and charging circuits they were finally able to crack it.

Kshitij and the team were able to find printed circuit board (PCB) fabricators in Mumbai who would manufacture the board for them with a turnaround time of less than three days. The team decided to go with an Anodized Aluminium finish, with black and red matte finished rings. For the milling process, the team realised that an industrial park just behind their Mumbai office could do it for them.

If it took you x time to make a working prototype, it will take you at least 10x time to get into a product, 5x if you don’t have weekends off and work 20 hours a day.

With hardware and software engineers, graphic designers and product architects working in tandem, Kshitij believed that it was really possible to make Methane in India. The team got the camera lenses manufactured and got a dual-core 1 GHz processor with 1 GB RAM to run the device combined with their custom hardware for battery management, battery monitoring, motor drivers and status indicators. They also developed a mobile app to serve as the remote control for Methane.

Packaging the product was next on their agenda. Kshitij had read stories about how Apple spends a lot of time, effort and money in product packaging and decided that they should look at all options to source the best possible packaging.

They found their answer in Dharavi, Mumbai, Asia’s largest sum. Kshitij was surprised but realised that Dharavi had a thriving industry for leather, hardboard packaging, injection molding and even consumer goods. Kshitij added,

So we got our product boxes developed at Dharavi at a relatively low cost with a leather finish and gold emboss of Tesseract logo and ‘Made in India’ etched on it.

The team then moved on to the quality and control stage and found that they had one last hurdle to overcome – the Wi Fi hotspot on the camera was transmitting signals at reduced strengths. After some digging, they realised that they were facing the same issue that the iPhone faced in 2011 – the aluminium body was absorbing the WiFi signals. So like Apple, they corrected it by making the entire body the antenna.

After many months, multiple iterations, jugaad and co-ordination among multiple teams the product was ready to be shipped. At a recent TEDx Hyderabad talk, Kshitij reflected,

The most beautiful part about the whole journey is that we cracked the manufacturing scene out of India. The product end to end from hardware, to software to product design and manufacturing is done from different cities and towns out of India.

With a current team of 10, Tesseract is currently shipping Methane to customers within India and also countries like Brazil, USA, China, UK, Denmark and Japan. While most of their customers are from the travel and hospitality, real estate, and mapping space, they are also seeing interests from hobbyists and individual professionals.

Tesseract is currently bootstrapped and is not looking to raise external funding. Kshitij mentioned that angels and institutional investors have expressed investing in them, but the startups current focus is on improving their current product and R&D on their upcoming product – ViCAM, a 360 degree virtual video camera. Kshitij said,

Our current focus is on strengthening our ties with businesses. And in the future when we go after the B2C segment, we may take the crowdfunding approach to help us streamline orders and raise money.

Based on the learning’s from their first product, Tesseract’s new product ViCAM will be smaller and sleeker and have more internal storage capabilities. Based on their market research and talking to potential customers, they see a lot of demand for such a product in movie making and video shoots.

There is immense global interest in the augmented reality (AR) and virtual reality (VR) technology and in 360 degree camera technology. Facebook believes that 360 degree videos will be the centre of the company’s social network and is currently pushing heavily on videos. Samsung recently revealed their Gear 360 Camera, which is equipped with two lenses. Then there are players like Panoporter, 360fly and 360Heros (paired with GoPro cameras) in the same sector. So there is enough market validation for Tesseract to go after in this segment.

Having witnessed the startup environment in India and in USA, Kshitij firmly believes that there is no real reason to look abroad. He said,

There is enough talent and passion in India. Though it may harder in some aspects, we don't have to move to the west to build successful hardware startups from scratch. It can be done in India.