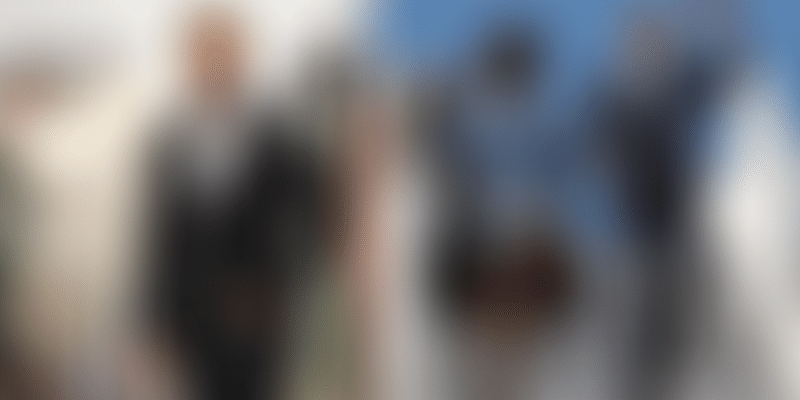 Bibhu Mohapatra may be the toast of the A-list fashion circles now, he may have dressed some of the most influential women in the US – including First Lady Michelle Obama and Hollywood stars Gwyneth Paltrow and Hillary Swank, but at heart, Bibhu is still a humble boy from the small town Rourkela in Odisha.

In a report by Hindustan Times, Bibhu had a typically small-town upbringing – climbing trees, playing gilli-danda, “scraping your knees while learning to ride a bicycle and coming home to more thrashing”. On most weekends, he watched bewitched as his engineer father took apart a bike or car part by part. “We didn’t have video games back then or even a TV. We got our first TV in 1988. Newspapers never carried anything on fashion. Sunday supplements would sometimes profile one of those early designers, such as Rohit Bal or Suneet [Varma] or Tarun [Tahiliani]. That was all the fashion I had access to,” said Bibhu.

Though the exposure came much later, the interest in fashion developed early. Bibhu was always curious about things his mother sewed. His affair with the needle and thread began when he was about 12. Old saris, tablecloths and later, cheap fabric bought with pocket money, would be cut and sewn up into dresses for his sister.

Bibhu studied in an Oriya-medium school till Class 7. He went on to study at the Municipal College in Rourkela and then spent a year in a management course – just to get 16 years of education, a requisite for applying to a Master’s programme in the US. But America was not so much a dream for him as it was a stepping stone into the future, into fashion.

Bibhu said, “At that time, in the early ’90s, there was only one fashion school in India – NIFT, Delhi. And it didn’t seem like I could get through it. Honestly, I didn’t even try,” he says. At the insistence of his brother who was studying graphic design in the US then, he applied for and got into the Master’s in economics programme at Utah State University on a partial scholarship. “That was my ticket to America. I left in 1996, with a suitcase full of Indian spices and a heart full of dreams!”

While there, a professor chanced upon his sketchbook one day. “‘You need to go to New York,’ she told Bibhu. She was kind enough to call her friends in the art department so that I could sit in during their classes [without paying extra] and do live drawings. I couldn’t have afforded those otherwise.” He started improving his portfolio and by the time he finished his Master’s, he was sure that economics had been just a detour. Fashion designing was what he intended to really pursue.

Bibhu joined the Fashion Institute of Technology in New York. “That city is bloody expensive! I had to find a job before my course ended, or I’d end up on the street. But for a job, I needed some experience, for which I needed an internship,” stated Bibhu. Armed with 20 printed copies of his resume, he walked into 7th Avenue – the home of all things fashion – and dropped them amidst takeaway menus at top design houses, such as DKNY, Tommy Hilfiger and Calvin Klein.

Bibhu got two phone calls off that exercise. One was from the house of Halston – named after legendary American designer Roy Halston Frowick, who rose to fame designing hats (Jackie Kennedy wore his pillbox hat at JFK’s presidential inauguration). While at Halston, Mohapatra worked non-stop. “I would be running to factories carrying bolts of fabrics on my shoulders, making embroidery layouts, going to fittings – while attending classes six days a week. I was like a kid in a candy shop; I was living my dream,” said Bibhu. The rest as they say is history!

“I’ve been missing home – the memories, the air… There’s a lot to see in this world,” he says. “But, there’s no feeling like coming back home,” Bibhu told Hindustan Times.