Before Elon Musk there was Chetan Maini, why we have to salute this man who is on startup mode again 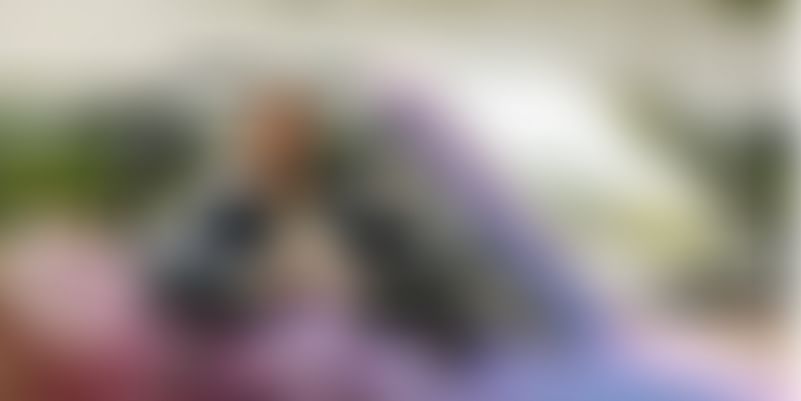 In 1998, when Chetan Maini launched the Reva Electric Vehicle Company, the electric car and technology platform that was named after his mother, he was seven years ahead of Elon Musk’s Tesla Motors. Although he did not have large funds backing him, Chetan built an eco-system of 200 automobile vendors to produce the electric car.

To make the case for Chetan, Reva cars were commercially produced in 2001. It was seven years ahead of Tesla’s Roadster model. However, Elon Musk mustered all the support from Silicon Valley investors, which Chetan did not have access to, to scale up the idea of driving a luxury electric vehicle. Tesla had raised $825 million (50 per cent in debt financing) before it went IPO in 2012. When you compare these numbers, the Reva’s manufacturing process was a frugal operation with one-tenth of the cost. It had done exceedingly well to sell more than 4,000 cars, globally and in India, with less than $50 million (including debt and family backing) and was later acquired by the $10 billion industrial conglomerate Mahindra & Mahindra for an undisclosed sum in 2010.

In fact, Chetan was able to secure $20 million from Draper Fisher Jurvetson and the Global Environment fund in 2006, when around the same time Tesla’s total funding in three rounds was $20 million. Why then did the company not receive the same attention as a Tesla?

The reasons for this are not the fault of Reva. But it was because of the market that the company operated out of. A lack of a focussed electric vehicle policy and the lack of financial backing, in pre-2010 India, were the reasons why the company received scant attention as a serious contender to gasoline cars. Some said that the car was too expensive for Indian standards. However, data provided by SIAM suggest that B-segment cars sell close to half a million cars in this country on an annual basis. Simply put, the need for electric vehicles in the country was left to novelty. Let us look at the pricing, the first car retailed at $10,000 when compared to Tesla’s price tag of $2,00,000 for the Roadster in 2008. The current Model X, of Tesla, too costs around $80,000 (after tax credits) and the Reva E2O costs around $13,000.

Some may argue that the Tesla has all the features of a connected car, which even the new generation of Mahindra Revas carry, minus the speed and range of Tesla Motors. Yes, the Tesla beats the Reva in terms of design, but who knows; with a little bit of backing Chetan would have pulled off the impossible. In fact, the sporty Reva “Halo” (in pre-production concept stage since 2014) was equally sporty and was as good looking as the Model-X of Tesla Motors. Now all this is the past for Chetan. He is back in startup mode and YourStory caught up with him to discuss his plans.

YS: What did you do for the last one year before you tell me what are your plans?

CM: The last one year was eventful. I travelled the world, spent time with my family. I also spent time at the World Economic Forum and was part of its global agenda on personal mobility. But I enjoy building technology businesses. So, I needed to come back to what I love and not work in a corporate. I am upbeat about the eco-system today. Reva was a vision and I had to make it work even with the challenges. I draw from its experience. It gives me the confidence to start jotting down a few ideas that will become a startup soon. Over the last year, I also went for a month-long Harvard global leaders programme. I enjoy building technology, energy management, personal mobility and these are things that impact society. The goal is to save the environment and address climate change. The next business could also be about making on these lines. I am pretty much formalising an idea I was working on over the last six months. The need to be a startup comes from my family. My father told me that a person should continuously learn. He had told me that it is easier to lead a comfortable life, but there is value in building something and age really does not matter to do your own thing. My father started his company, the Maini Group, at the age of 40.

YS: What advice do you give to startups?

CM: Startups need to think strategy, consumer, finance, and the organisation in a seamless way. They are not independent things. By understanding these elements an entrepreneur can reduce the product’s or service’s time to market and also bring down the cost. About 30 startups reached out to me for advice. I ended up learning from most of them and I associated myself with a couple of them as an advisor. The eco-system today is very different from then. The opportunities are better in terms of access to funds and mentoring.

YS: How did the meeting with Anand Mahindra happen?

CM: The Maini Group knew the Mahindra family. Whenever I met Anand Mahindra we chatted about the direction I was taking with Reva. We would also discuss the future of the electric car in India. It was Anand Mahindra who suggested that the Mahindra and Mahindra group could do a lot more with what Reva had built. It was more of a meeting of minds. M&M also had a strategic play, which they had created for electric vehicles, and they realised that it was in their best interest to use what Reva had built on their vehicle platforms. I too realised that working with a large group was the best way forward for Reva.

YS: Was it difficult to let go of what you had built for 17 years?

CM: I had made the company a professionally managed business by 2006. Yes, it was hard to let go after the M&M acquisition. But it was the right thing to do. However, I made sure that the vision remained the same even after the acquisition; and the vision was that Reva would always stand to make a difference in electric and personal mobility. My role, in M&M, in 2011, changed to that of a CTO where I looked at developing a sporty sedan and also electric applications for other automobile departments of the group. We built a race car for the global Formula-E racing championships, which is the F-1 equivalent for electric vehicles. This car M2Electro has performed very well at the races and finished third in the Beijing eGrand-Prix. The top speed, of the car, is 225 kmph and it accelerates from zero to 100 kmph in 2.25 seconds. I worked closely with the Central Government too to launch the National Electric Mobility Mission, which was launched last year. I was also part of its Board. I am still advising Mr Anand Mahindra on vehicle platforms and electric mobility.

YS: When will the electric vehicle become viable in India?

CM: There are several applications to the electric car. One is where people with excess money buy electric vehicles, which is true and will be a small portion. Then there is a second application, which is the commercial market or the mass market, where people do a lot of miles and they need an ecosystem to be set up to support proliferation of electric vehicles. Electrics have a higher capex, but are far more cost efficient for long journeys. This change will happen as costs of manufacturing drop; the software will better the battery management systems and when the cost of the cells, in the battery, drop you will see electric vehicles become affordable. This will happen by 2020 and it is going to happen soon. Give this less than decade and electric vehicles will become a large percentage of the global automobile production. The impact on society is that it is zero polluting and offers more energy savings. So startups in India can make that change for the automobile industry.