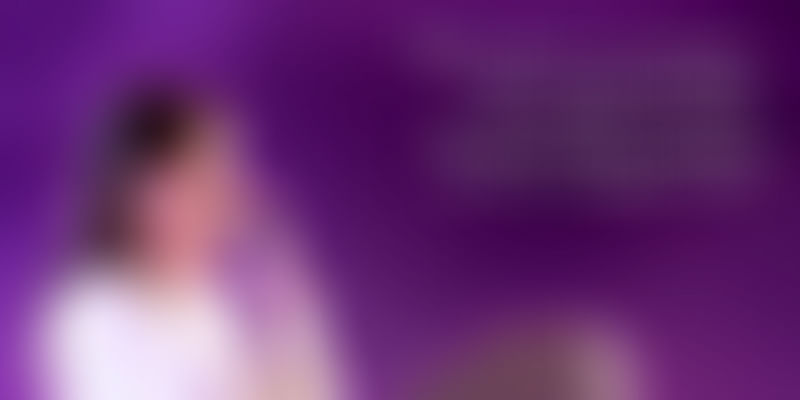 Fuelled by the need to breach the surprising lacuna in the self-development and improvement industry in India, Rachna Sharma founded New Delhi-based Rachna Sharma and Company. Today, 50 percent of India’s population is below the age of 25, and around 65 percent below the age of 35. It has been estimated that by the year 2020, the average age of an Indian will be 29 years, one of the youngest in the world. Though having such a young population brings with it a huge opportunity for growth, it will also lead to several specific challenges, like rising unemployment and fewer experienced leaders at the top level. The vast majority of Indian youth already lack a strategic plan and wherewithal to pursue their dreams. This is where Rachna and her team come in.

Rachna describes herself as a life strategist, peace evangelist, philanthropist and author. All these aspects of her persona seamlessly come together in her work. Rachna had a long stint with the hospitality industry, with brands like Taj, Imperial, Hilton and Lebua, and her achievements in the field were recognised when she was conferred with the Leading Women in India award at the iiGlobal National Women Leaders Awards in 2013. After 14 years in the industry though, Rachna felt it was time she followed her passion for motivating and guiding the younger generation. She joined a programme in Leadership Development at Harvard Business School to hone her skills that would help her on her new path. She came back to New Delhi and started her organisation in January, 2016.

What Rachna Sharma and company does

Thirty-five-year-old Rachna has a team of five helping her build her brand, by taking care of social media, graphic design, and business development, with three senior people from the corporate world serving on the advisory board. Presently, the company is bootstrapped and they have pitched for investments worth one million dollars in three stages this year. Rachna says, “My work is based on the belief that by improving yourself, you will see a corresponding difference in all aspects of your life, be it personal or professional.”

She offers a product called Life Strategy, meant for those people in leadership positions who have reached a personal or professional bottleneck and want to take their lives to the next level. Since this is a personalised service, it is priced on a premium level. This category brings in about 25 percent of their revenues.

Rachna’s team has organised events in the past three months in New Delhi, Amritsar and Ludhiana, that were attended by groups ranging from 50 to 200 people. These events are nominally priced so that they are accessible to the masses but make up the bulk of their revenues in terms of numbers. Some of the topics covered in the events are Soulful Leadership, How to Win Friends and Influence People, and Can Happiness Be Managed?

Rachna is also launching a platform called Leadership Matrix to help people who have embarked on their entrepreneurial journey. The team sits with the client, understands their idea and connects them to incubators, mentors, advisors and investors, as per their need of the hour. This way, the stress of the new entrepreneur is minimised, and he or she does not have to run from pillar to post to get started.

Rachna has authored a book on peace titled Peace Book and co-authored Globalization & Voices from Indian Practitioners. She knows the kind of havoc that civil violence can create in people’s lives first-hand, since she grew up in a conservative Kashmiri Pandit family in the Kishtwar region of Jammu. The oldest of three girls, Rachna was in high school when she saw the idyllic heaven that was Jammu & Kashmir transform into an inferno, with the infiltration of militancy into the Valley. Schools used to be closed for months on end and whenever her father stepped out of home, she would fear if he would return home safe.I could differentiate between an AK-47 and a rocket launcher based on the sounds

she recollects. Her parents sent her to the relatively safer Jammu for her Class XII. When compared to students from other places, her studies had suffered a lot and she decided she would work double as hard to make it in life.

Rachna wants to be a ‘peace evangelist’, and wants to achieve her mission of empowering one million youth to be peace champions in their communities by 2021. She describes Vision 2021 as a ‘peace education’ platform, formed to have a proactive approach rather than a reactive one to communal stability. She explains,

The best way to practice peace is by giving youngsters a platform to expend their energy in a purposeful way. I also help them find inner peace through economic and social development, which is the way forward for world peace. I believe that we can’t bring a positive change in society unless we design an ecosystem full of productivity and creativity.

As a proud Kashmiri, Rachna is also a goodwill ambassador with the Pashmina Goat project of Kashmir Ink Foundation, which seeks to improve the livelihoods of those who are a part of the Pashmina ecosystem in Ladakh.

Rachna feels that with resilience, humility, and self-awareness nothing is impossible. After all, a confident and responsible young generation is the foundation on which any great nation is built.