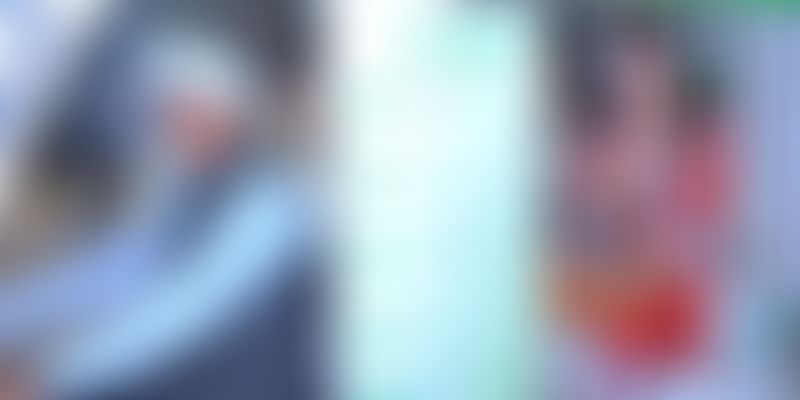 Today, a number of Indian cities, mostly state capitals, are betting big on rapid transit systems such as the metro rail. The move is aimed at reducing traffic congestion, pollution levels and also functioning as an alternative for the over-burdened state-run public transport system.

Despite this effort, the progress hasn’t been stark. A key reason for this is while the metro rail scores high on factors such as comfort, convenience, and journey time, last-mile connectivity is still a problem, and an often neglected aspect of the planning process. While feeder services, which are largely synonymous with last-mile connectivity exist, they are limited. And there are other aspects that must be considered. Any viable last-mile connectivity options needs to take easy availability, frequency, time and cost incurred in the last mile, ease of walking from the stops / stations, and other factors into account. From that perspective, while the feeder services exist, their services are limited to a few and select stations, and they don’t ply at the desired frequency, thereby limiting their use.

This issue will resonate with users of the metro rail across cities like New Delhi, Gurgaon, or Bangalore. While there have been efforts to address this problem, most have been experimental in nature or have been bogged down by legal and safety issues such as in the case of two-wheeler taxi service.

That’s where the Smart Electric Transport System (Smart-E), a new e-rickshaw solution fits in. A flagship initiative of Treasure Vase Ventures (TVV), a social enterprise founded by a team of multi-national executives Smart-E not only aims to solve last-mile connectivity, but also other aspects such as commuter safety, reduced pollution, and empowerment of people from lower socio- economic backgrounds.

While e-rickshaws were not a new concept with commuters in New Delhi, where there were over 1 lakh such vehicles, they scored poorly on commuter safety as most parts were imported from China at low costs and assembled locally. Also, they flouted road safety norms – from drivers without licenses and registration to overcrowding. In August 2014, the Delhi High Court called for a ban on such vehicles, and unregulated e-rickshaws were gradually phased out.

But the government saw e-rickshaws as a potential viable solution to reduce the city’s pollution and this was instrumental in bringing an amendment to the Central Motor Vehicles Act that same year. It laid down all the necessary rules, regulation and policies to encourage the use of electric vehicles.

The TVV team saw the amendment as an opportunity. They knew if they could work on a solution and regularise electric mobility in the last-mile connectivity space, they had a winning solution at hand. This gave way for on-ground research to understand more about the market need, the solution requirement, and the technology that could be put in use. And slowly but steadily, Smart-E began taking concrete shape. The Delhi Metro survey played a pivotal role in ensuring that Smart-E transitioned from plans on PowerPoint presentations to the roads. A survey highlighted that out of 3 million daily commuters, only about 2 per cent use their personal vehicles for the first and last mile connectivity.

In October 2015, a year after the amendment to the Central Motor Vehicles Act, Smart-E was piloted in West Delhi’s Paschim Vihar neighbourhood with a team of 30 enterprising women as drivers. Run on a ride-share model, it provided feeder services to passengers travelling to and from metro rail stations.

The Smart-E model is a hybrid between Meru and Uber. The company does not own the asset, in this case the e-rickshaws. In collaboration with a number of banks, loans are arranged for the e-rickshaw drivers to buy the vehicle. But, the drivers pay Smart-E an operating commission that takes care of infrastructure issues such as dedicated parking and charging stations for the vehicles, as well as help with licensing of vehicles.

It also ensures that the drivers are trained, arranges parking infrastructure, and builds a network of charging stations. The entire process will be micro-managed; from details such as routes, timings, and even the battery to be used in the vehicles.

Another interesting aspect of Smart-E is that it aligns itself with the Make in India initiative. These electric vehicles are custom-manufactured in Sonepat. They are also equipped with GPS and CCTVs, addressing the issue of commuter safety.  The timings of the e-rickshaws are synchronised with the metro rail timings to minimise waiting time for commuters. Operational design of Smart-E has passenger safety at its core, and at no time can more than four passengers ride in a vehicle. The fare too is affordable – Rs 10 for the first pit stop, and Rs 5 for every kilometre, thereafter.

When Smart-E was launched, they had engaged only women drivers. This was a conscious decision to test the commercial viability of the business plan. Women from poor socio-economic backgrounds are most vulnerable to societal pressure. So even if 20 per cent of the drivers remained rooted to Smart-E, it could be called out a success. And it was.

Today, both men and women drivers ply Smart-E rickshaws. Rekha, a 33-year-old women driver, who drives Smart-E in West Delhi, says “Smart-E has been a very rewarding self-employment opportunity for me.” Earlier, Rekha worked as a patient-care attendant. This required her to work for more than 12 hours every day. With all this, she would bring home no more than Rs 10,000 a month. Today, her average daily income is easily Rs 1,200 a day. She has been driving Smart-E for more than six months now. Rekha says,

Even after paying for my Smart-E, I take home anywhere between Rs 20,000-24,000 a month. With an increased income, I am also now able to take weekly offs and spend more time with my family.

Ravi Kumar,29, is yet another Smart-E success story. Ravi moved to Gurgaon from Rajasthan a few years ago in search of a better livelihood. He worked in labour-intensive jobs for a number of years until he found Smart-E  . He says, “From being a manual labourer a couple of months ago, to driving an electric vehicle is a great feeling.” Plying mostly between Sikanderpur Metro station and DLF Cybercity, on an average, he does five round trips in an hour. He says, “On a good day, when the passenger demand is high, I make about Rs 1,400 a day.” Today, even his 18-year-old cousin, who lived with Ravi, has been trained by the company. He now works as a technician at Smart-E.

The launch of Smart-Es in Delhi in October 2015, saw commuters availing the transport service regularly and word-of-mouth publicity saw Smart-E gaining popularity. The result was that Smart-E had business development discussions lined up. Six months later, Smart-E expanded its services to Gurgaon. It was launched by the Chief Minister of Haryana, M L Khattar, on the eve of ‘Happening Haryana’, a two-day global investors summit taking place in Gurgaon. These strategic tie-ups with transport systems like Delhi Metro, Rapid Metro, government bodies like Haryana State Industries and Infrastructure Development Corporation (HSIIDC), is a key element of Smart-E’s growth strategy with a larger view to create locked-in revenue streams. While they already have agreements in place with some of these organisations, they are looking at aggressively pursuing partnerships with both commercial and residential bodies. Smart-E’s growth strategy also involves a good revenue stream from its hyperlocal advertising platform that allows advertisers to effectively target a very specific audience base through Smart-E. A leading FMCG company has already onboarded Smart-E’s advertising platform.

The founders say in the last six months, Smart-E has grown its fleet 2.5x and the average daily ridership has increased 3x. By the end of May, the company is looking to achieve a 5x growth in its fleet since its launch and a proportional increase in ridership from about 3,000 rides per day (in October 2015) to 15,000 rides per day.

So far, Smart-E has been able to fulfil the objectives it set out – providing commuters a safe and affordable last-mile transport solution while not polluting the environment. Anurag Sharma, a marketing professional in Gurgaon, is among the thousands who uses Smart-E’s services regularly. He says,

The drivers don’t bargain and the ride is hassle-free. This is in sharp contrast to the time when I used the shared autos to commute to and fro from the metro stations. Earlier, to avoid an argument, I even opted to walk at times.

Today, Smart-E plies in West Delhi metro stations, and all through the Rapid metro stations in Gurgaon. So far 5,00,000 commuters have availed its services. However, with a strong focus on expansion in the NCR region, it hopes to expand the size of its fleet from the current 80 vehicles to 1,000 and reach a milestone of achieving 100,000 rides a day by the end of 2016. And, if the talks with other states prove fruitful, Smart-E will make its debut in five other states, (excluding Delhi and Haryana).

Smart-E, which is being primarily funded by a group of promoters and a strategic investor, all senior industry leaders in multi-national corporations, is in talks with investors to raise Series A funding to further expedite its growth.

Right now, everything looks positive for Smart-E, but it remains to be seen how it is able to scale up.

Disclaimer: YourStory has spoken to the founders, but they have not been named on request as they still are still associated with their employers.