Powering SMEs all the way: the Power2SME growth story 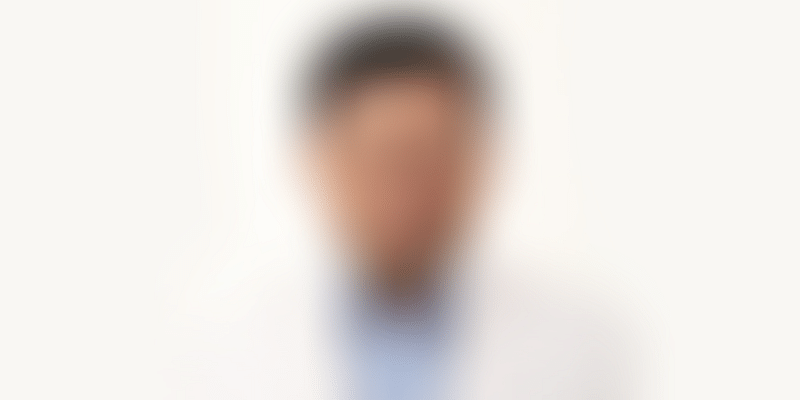 Suppliers would happily provide cheaper rates for a large automobile manufacturer who buys around 20–40 litres of paint every week. But the MRP of the same product will be almost twice for the small and medium enterprises (SMEs) who don’t have bulk-buying power. Unlike large enterprises, the SMEs did not have an option because there were no commission agents to help them get lower prices – till 2012. That’s when Power2SME happened. R. Narayan, who started a global sales enablement company Denave in 1999, is the brain behind Power2SME. Gurgaon-based Power2SME is an online buying platform that caters to manufacturers for supply of steel, chemicals, polymers, etc.

With more than 45,000 SMEs on their platform, Narayan’s success might have surprised a few. He remembers that, in May 2012, a supplier asked him “Why are you into steel and not IT?” Six weeks later, Narayan went back, with an order of 250 tones. The supplier then exclaimed happily, “Sir, aap ki to gadi chal padi”. From then on, Narayan, who is based out of Delhi, did not have to look back.

Why SMEs need to be empowered

But the current government is focusing on manufacturing, and addressing the sector’s needs through campaigns such as Make in India and Skill India. There is room for growth for revenue in the manufacturing sector. However, SMEs are handicapped by the differential treatment by suppliers. If the State Bank of India wants to buy five laptops, they will get it at a rate of Rs 28,000, whereas smaller players who want 50 laptops will be charged Rs 42,000 with a small discount. These suppliers argue that the smaller ones are enterprises and they have the capability to pay that amount. This is the problem which power2SME is trying to solve.

Small manufacturers have limited capital. Power2SME does bulk procurement and partners with suppliers and manufacturers. “So it leads to the (manufacture) SMEs, which are working with us, get profitability,” says Narayan. For any manufacturing SME, close to 70–75 per cent of cost is raw material, and the rest is consumer goods, electricity, utility, labour cost, etc. He added: “We have tied up with financial institutions; they are constantly monitoring our SMEs and providing funds to them. SMEs are happy with us as we are providing easy loans at lower rates to them.”

Being an online platform helps pull things together more easily. “Offline players are constrained geographically. Tech platform also optimises pricing by SMEs as it removes any human touch,” Narayan says. Predictability is another advantage in this business, as most manufacturers are producing the same items for a long time.

Power2SME is currently serving in Punjab, Rajasthan, Uttarakhand, Uttar Pradesh, Haryana, and Delhi in the North. In the west, they serve in Gujarat and Maharashtra, and have recently started Madhya Pradesh which has a large consumption of steel. In the South, they are already doing Tamil Nadu and will be expanding to Karnataka soon. In the East, we are in West Bengal and have also started in Odisha, which is the most populous state in terms of SMEs.

Power2SME works with large, established suppliers and vendors such as SAIL, TATA Steel, ESSAR Steel, Allied Strips, JSW, Rathi Steel, Victor Exim, Balaji Enterprise, POSCO Steel, Apollo Pipes, JSL, etc. According to Ecumen, an Ahmedabad-based e-commerce consultant firm, the business-to-business (B2B) segment of the burgeoning e-commerce industry in India is set to touch Rs 45 lakh crore by 2020. Power2SME competes with Industrybuying, Amazon, Tolexo, and Bizongo. With 36 million small units in India, the sector is sure to grow as FDI is allowed in wholesale e-commerce in India, and more players like Alibaba have been rumoured to enter soon. Last year, Tolexo recorded more than 40% monthly growth in the customer base. Delhi-based Industrybuying raised Rs.12 Cr from Trifecta Capital around the same time as Power2SME got Nandan Nilekani on board.

As does many sectors, government regulatory framework is a major challenge for Power2SME too. “The costs increase when we buy products from one state and sell it in another as the taxes are added on to the cost. We provide transportation service too,” says Narayan. He hopes that GST implementation will help in making a difference to B2B businesses.

Although it was a challenge to get banks to work with them, Narayana says, Power2SME had ample support from their investors, who helped in problem solving, and provide mentorship and opportunity to network.

In the defence sector, the scope for SMEs is huge, as Original Equipment Manufacturers (OEMs) prefer to work with SMEs due to the latter’s innovative capabilities in niche manufacturing, greater flexibility, lower overhead costs and ability to learn new technologies, an EY report says. The Central government has recently announced a Task Force for SMEs to identify and resolve their problem. More indigenous manufacturers will come up in the defence sector soon, which power2SME hopes to supply chemicals to.

“We want to break even by next year. Out of our 12 clusters, seven are already broken even,” says Narayan. He added that they are planning to do 10 lakhs tons per year from the current four lakhs. They are now targeting two more commodities – yarn and copper.

“Our largest team is in technology; we want to make every transaction human less. We are working on tracking software for all SMEs, to know where your order has reached, when it has loaded it, etc. It has never been done before for SMEs,” Narayan adds.

In April 2016, Power2SME did $10 million in revenue with an average order value of Rs.25 lakh. “After Swatch Bharat movement, companies have grown from Rs 5 crore to Rs 40 crore. This has been highly encouraging for us,” Narayan says.

Power to the people

When they started off, Narayan wanted a holistic name which represents what they do. Inspired from the John Lennon song “Power to the people”, the name Power2SME happened. “Even when hiring, we look for integrity, respect for individuals, and customer orientation. Employees spend more time in office than with their families; therefore, they should be looking forward to come to office. We have games and competitions as we believe in ‘Play very hard,’” says Narayan, who is now heading a team of 197.

Narayan does not have unicorn ambitions; he believes it is just a distraction. What is his advice to entrepreneurs?

Keep your eyes on what you do, not worry what world is doing.