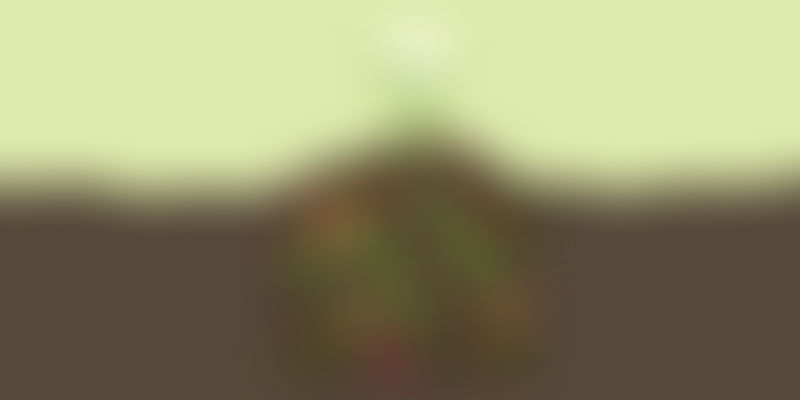 Modi’s ‘Swachch Bharat’ campaign may be all kinds of complicated, but there are some determined souls who for no personal gain of their own, strive to make the environment a little more green and a little less plastic.

The efforts of 74-year-old Chandra Shekhar, a resident of Jayanagar, Bengaluru, who has devised measures to create his own leaf shredder, using which he can shred the organic waste in his garden to nourish the soil, are nothing less than commendable.

“Waste collection and public composting activities are very poor in Bengaluru. I live in one of the old houses in the city where we have a large garden that generates a lot of organic waste. I have been trying to persuade the corporation people to set up an organic composting plant for a long time now, but that has not happened yet. I didn’t want to throw the waste away or burn the leaves like many others do, so I decided to design a leaf shredder myself,” he said in an interview with Better India.

Chandra Shekhar worked as a mechanical engineer for 45 years and though retired, his love for creating things, especially things that will be sustainable and beneficial to the environment, continues to float- leading him to build this remarkable technology.

How it works: Chandra Shekhar compares his leaf shredder to the everyday mixer we use in our kitchens, which has a motor, a cutting blade and a container to put all the residual substances in. The shredder works on a two-hour horsepower motor from the bottom and also holds a gear box to enhance the cutting power of the blades for shredding twigs, branches and leaves.

The dry leaves and other organic waste is then placed on the container on top, and made to go through the blades and motor, resulting in a powdered residual waste at the bottom, which is then collected and used as compost. The machine is attached to a long cable, which allows motion for the machine across the allotted area to be worked upon.

Although the shredder was Chandra Shekhar’s brainchild, like he says himself, he couldn’t have done it without assistance from a dear friend in Pune, who was familiar with the machine’s concept and helped him build it. The material and labour power involved in the entire process of manufacturing this machine cost Chandra Shekhar about Rs 20,000, which, according to him, is cumulatively lesser than the market price of similar products that you get in the local shops.

Taking a leaf out of Chandra Shekhar’s book, many residents of Bengaluru – a city fast approaching high levels of pollution due to its many factories and industries – are beginning to plant a compost at their own homes and spreading the cheer of the three R’s- reduce, reuse and recycle.

26-year-old Sohini Mukherjee, who works as a Community Manager at Chumbak (Bengaluru) has recently planted a compost in her house at the heart of the city. “Composting is just another step taken towards our ‘Zero Plastic’ resolve. Plus, you don’t feel half as guilty about that banana or apple you forgot to eat! Composting your kitchen waste cuts down your garbage disposal by about 95 percent. Now that’s a lot of black garbage bags not choking our waters and filling up landfills,” says Mukherjee, who is encouraging her friends and family to plant composts at home as well.

Every small initiative is a stepping stone in the bigger picture. A 74-year-old’s passion to help the environment by creating a home-made machine to prevent wastage and pollution to the environment is an inspiration to people of all ages, to endorse the same and save the world- one leaf at a time.