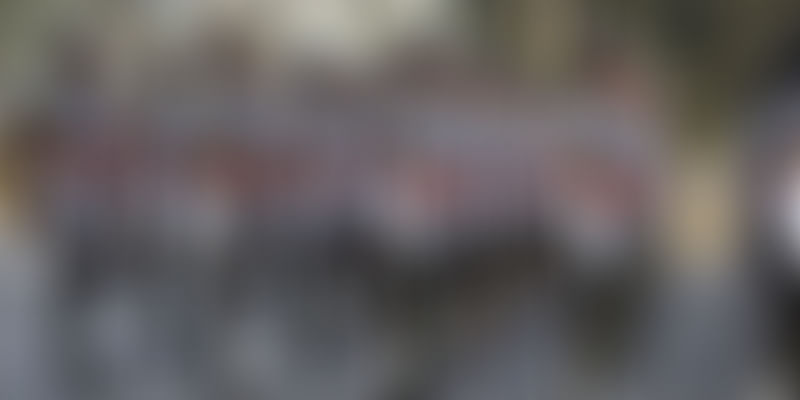 At the start of the academic year in the state of Kerala, the authorities have announced the launch of the ‘pink beat’ in the Capital.

Thiruvananthapuram will now experiment with a wave of this ‘pink beat’ which refers to a team of women specially trained as police personnel manning the public places and transport networks, for the safety of women and children in the City. As per the drive, these female officers will begin their patrol with the advent of the daily peak-hours at 8 am and be on the go for the next eleven hours.

This initiative is resonant with an earlier one launched by Ajeetha Begum, the then Deputy Commissioner of the Police Forces. This was called ‘Fem patrol’ and had the same practice, only difference being that they would work undercover while the ‘Pink Beat’ are clearly distinguished in their Police Uniforms.

How this works: The women cops will be moving around in teams of two and will travel up to a distance of one kilometre in crowded buses. Their job is to not just monitor the insides of the crowded public buses for misuse and hassle, but also to look out for anti-social activities at bus-stops, the places near Schools and Colleges and other prime target areas. They are also to patrol both KRSTC as well as private buses.

Their role included making sure that the seats inside the buses that are reserved for women and for the elderly, do not get misused by others, as well as shutting down any avenue of eve-teasing or molestation threats that women often undergo while returning alone in public transports, especially when it’s later in the evening. They will also assist children and passengers with physical disabilities to reach their destinations amicably.

According to Times of India, the woman cops who will be part of the initiative are recruited and mobilised from the local police stations, so they have some experience in the field. In the first couple of days of this initiative, provisions will be made for them to be assisted by members of a ‘city shadow squad’. For instance if they find themselves outnumbered in a volatile situation and require backup, they need to send an instant report to the control room following which the control room vehicle will rush to the spot to bring the culprits to heel.

The movement of the ‘Pink Beat’ will be supervised by the City Police Commissioner G. Sparjan Kumar and monitored by the Assistant Commissioner of the Police, Control Room- A. Pramod Kumar. According to Kumar- “The aim of the initiative is not to detect crimes but to prevent them by acting as a deterrent force.”

The first phase will see the launch of twelve two-member teams of the ‘Pink Beat’. Following this, The Deputy Commissioner of Police, Law and Order and Traffic will hold a daily review of the ‘Pink Beat’ while the Additional Director General of Police, South Zone will do a monthly review and make all provide for all the necessary changes.

Other than the ‘Pink Beat’ initiative, the City Police have decided to also ensure the presence of a police personnel which includes child-inspectors and sub-inspectors around 32 key-spots in the City in regards to the School re-openings in the City.

Considering the rising levels of hate-crimes against women in the country, threatening their basic every day safety on the roads- this initiative by the Kerala Police is being commended across the nation and should definitely begin to be endorsed by other states as well.