Thanks to the power of the internet, all the world’s a stage for Girl in the City Mithila Palkar 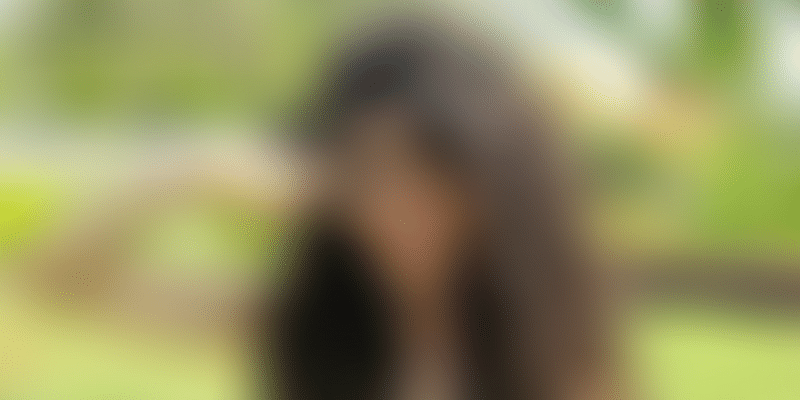 Where acting was concerned, what Mithila Palkar experienced when she participated in an inter-school science drama festival at age 12 was nothing short of love at first stint. However, like many of us who initially run away from love, Mithila also avoided it for the longest time. That was until 2014, when she decided to take the plunge and immersed herself in theatre and acting full-time.

This 23-year-old Mumbai girl has been a part of multiple projects, especially on the web. Her career kick-started with Filter Copy’s News Darshan, and was followed by a couple of sketches on the same channel. She was also seen alongside Imran Khan in the Nikhil Advani directed movie Katti Batti. She has just wrapped up her latest series titled Girl in the City, where she plays a girl who is new in Mumbai, on Bindass.

HerStory spoke with the young lady to know more about her character Meera; of playing the new girl in the city but not being one; on being a young public figure and facing trolls; her experience with Bollywood; and what drives her to even forgo sleep — the thing she loves most.

She studied in Mumbai and though she had an aptitude for science, she was passionate about the arts and media. This prompted her to pursue Mass Communication in college, after which she went on to work with Q Theatre Productions (QTP) for a year. She was also a part of the national youth theatre and its annual festival, Thespo. From there on her journey with theatre and acting started.

After graduation, inspired by ‘Cups’, a song Anna Kendrick performs in Pitch Perfect, Mithila decided to learn the cup rhythm, a basic four-beat rhythm. She sang an English song on that rhythm and put it out on YouTube. A comment, or rather suggestion, she received was to sing a song in Marathi using the same rhythm. She says, “I’m assuming the person suggested Marathi because he/she knew I am a Maharashtrian. So I gave it a try. I honestly did not expect it to go viral. A lot of people from around the world — from Los Angeles, Italy, Bahrain, and more — wrote to me saying they didn’t get a word of what I was saying, but that they loved it. I was so happy!”

Girl in the city

With so many young men and women moving to different cities in search of new opportunities, Mithila says, Girl in the City is about youngsters who are trying to get a hang of what they really want to do in

life, mainly trying to put an end to the question — “Beta, bade hokar kya karoge?” Meera highlights that to some extent by finally getting an internship, and the hardships of finding one and more importantly, keeping one. If they have to move to a completely new city, Meera’s journey also highlights the troubles of managing to fit into the pace and style of that city in order to adapt to it.” Along with it comes the challenge of being financially independent and the need to find that special someone in life.

According to Mithila, her generation is brave, thoughtful, and craves for change. Since she is a city girl, her role has helped her look at Mumbai from a different perspective. “Having been a Mumbai girl all my life, Meera helped me fall in love with this city that I have always called home, all over again. What sets us apart though is our idea of romance. She is more of an experimental type and I am very old school.”

However, there are also a few similarities she shares with her onscreen character — Meera is zestful, full of life, and ambitious, finding ways to get what she sets her heart on, and Mithila is much the same.

The power of the internet

“Even though I love to have face-to-face conversations, I’m still an avid social media user. It has just somehow become a way of life, whether for the good or the bad depends on how much you let yourself be a victim to it,” she says. An advocator of the internet, she feels it is the most convenient way to reach out to a large number of people, especially after the social media boom.

“It is the best platform for young, budding artists to put themselves out there in order to showcase their talent(s) and gain exposure in the process. For example, Bindass’ Girl in the City has reached out to so many million viewers. It’s all because of the power of the internet. There is a huge market for many such projects and it is only going to grow. With new digital platforms taking shape in the form of smartphone apps, apart from the existing platforms on the internet, the future for web series is only positive.”

The flip side of social media is the trolls. They are a menace and as a public and familiar face on the web, Mithila gets her fair share of them too. “Until and unless it is constructive criticism, I choose to ignore trolls. That is the best way to tackle them,” she says on the subject.

As an avid internet user, she does believe that social media’s power is much more than just marketing. According to her, it can also help in generating social awareness, spreading news, putting out emergency calls, and of course, helping people keep in touch by making the world an even smaller place.

Women are not weak

The one thing that rankles this young lady is the reference to women as the weaker sex. It is a tag she feels strongly about, and she wishes society would stop undermining women. “Women are not weak; they can do everything.”

Public figures and celebrity too have a responsibility to drive this change, especially by the words and actions directed towards women. “Celebrities are also role models; what they say and do has a strong impact on the public. Hence, it is essential that their words and actions don’t reflect others in poor light.”

Mithila looks up to a few big established talents such as Meryl Streep and Naseeruddin Shah. Other popular names on her list include actors such as Priyanka Chopra and Kangana Ranaut. Those are big shoes to fill, but she is driven and at home with the idea that acting is not a conventional profession with a specific sketched path to victory. “Everyone’s journey is different and I had to figure mine out. But it has been quite an exciting ride so far and I am positive it will continue to be one,” she says.

Her Bollywood debut and first encounter with the industry was a positive experience. “It was an incredible team to work with. Nikhil sir gave us the liberty to improvise. He rehearsed the emotionally heavy scenes with us and eased us into the process. Imran and Kangana were very warm, and didn’t for a second make me feel like I was new. It was my first film, and I am grateful that it was with such a humble bunch of people.”

Mithila lives with her family. Considering the cost of living in a city like Mumbai, it is too early for her to be independent. This is also just the beginning of her career as an actor, and she is excited to travel the road ahead.

She says, “I know I have found my calling. When I had to get up at 5.30 and report for shoots, I used to be out of bed and charged up. I would forgo my favourite thing — sleep — for acting any day. It is the thing that keeps me motivated and drives me.”