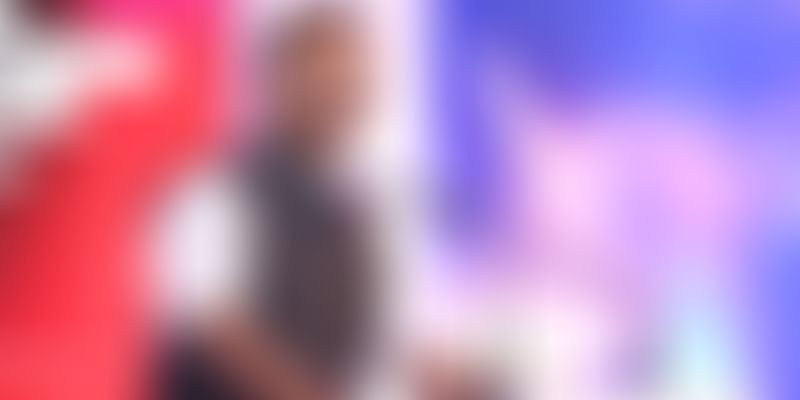 Karnataka’s IT, BT and Tourism Minister Priyank Kharge on Monday announced a Startup Booster Kit that is expected to be a game-changer in Bengaluru’s startup ecosystem, which is the second fastest growing in the world. Bengaluru is also the only Indian city to be ranked amongst the best 15 startup ecosystems across the world. He said,

I want to help Bengaluru get listed among the top 10 startup ecosystems in the world as we are growing at a tremendous pace. The government will help push it further with Startup Karnataka, which will give them access to funds and policies that nurture and incubate startups.

The minister announced Rs 400-crore worth of packages that will be distributed in the form of grants and equity through various State government funds to startups, micro and small enterprises in IT, BT and other manufacturing sectors over the next four years. He said funds were not a problem as he expects to raise upto Rs 2,000 crore to keep up the momentum in growth as well as accelerate the system so that Bengaluru continues to nurture growth in this area.

Have an idea? Will fund up to Rs 50 lakh – Priyank Kharge, Karnataka IT minister

Announcing Startup Karnataka, Kharge said all these measures will be a game-changer that will give the sector the much-needed springboard. A startup cell has been set up in KBITS to spearhead the implementation of startup policy initiatives in the State.

The cell facilitates the sanction of incentives and concessions under the policy to those registered with it. A startup portal www.startup.karnataka.gov.in was launched today. It is expected to enable, educate and access benefits for startups registered with it.

Karnataka has been the torch-bearer for technology revolution in India. And now, because of the government sharing a vision to make it conducive to the startup ecosystem, in 2016-17, we will have a special focus on further strengthening the idea of innovation in the State and leveraging it to give impetus to the growth of startups across Karnataka through the Startup policy 2015-2020.

The booster kit contains a gamut of software tools, cloud credits, access to mentors, legal and accounting consultants; access to State-funded and supported incubators, among others.

A power-packed collection of software tools and services available at a special price tailor-made to cater to the needs of young startups, the booster kit is available to all startups registered with the Karnataka Startup Cell. Startup Karnataka is like a single-window agency through which startups can get access to a complete ecosystem needed for their growth from an idea to enterprise stage.

Also read: Startups are the future of Karnataka: an interview with Industries Minister RV Deshpande

For cloud services, the government has partnered with IBM, Digital Ocean, Amazon Web Services, Microsoft Bizspark and KEONICS. For providing virtual telephony and Internet services, mGage, Knowlarity, Exotel, Ozonetel, BSNL, Vodafone and Airtel have partnered the cell. For debugging, testing and other software tools, CanvasFlip, FlexingIT, Headspin and Erospike have come onboard.

Payment gateways such as Citrus, Razorpay, Instamojo and ProfitBooks have also partnered the initiative. All these services will be available as a special package and at the lowest cost to the startups here.

The best part of it all is that these startups do not have to any longer sit at government-authorised incubation centres to avail and access these benefits. They can have their working spaces anywhere in the State.

This is another first for the State as no other State government or even the Centre’s Startup India has such an open policy.

The government has unspent funds of Rs 200 crore and will also raise up to Rs 2,000 crore to sustain the ecosystem. Among the funds announced today is the Kitven fund that has an outlay of Rs 100 crore for semiconductor and allied industry; Kitven3, a bio-venture fund for biotech, life sciences and allied industry; Idea2POC (Idea to proof-of-concept) funds of Rs 10 crore for all technology; Idea2POC fund of Rs 2.5 crore for agriculture-related startups; Idea2POC fund of Rs 2.5 crore for tourism-related tech companies.

This apart, there is a Rs 200-crore fund called Karnataka fund of funds, a Rs 20 crore AVGC venture fund for animation, visual effects, gaming and comics. The government has also set aside Rs 15 crore for startups that can have a social impact.

KBITS will also help registered startups with marketing and promotion, sponsor them so that they can attend networking national and international events.

In the last one year, 725 seats have been created through Karnataka government-supported incubators, which include Government of Karnataka incubator for tech startups set up on PPP basis with 91-Springboard; GoK-IAMAI mobile 10X startup hub; Bangalore Bioinnovation Centre, and others which are already operational. Around 300 seats are currently available at subsidised rates in the new GoI-GoK-NASSCOM 10,000 startup warehouse.

Stating that his department is committed to handhold startups during their journey from an idea to an enterprise stage and to get a reliable feedback, a monthly open house event is being planned under the chairmanship of the minister.

The first such open house will be held on August 16, 2016 from 10:30 am onwards at GOK-Nasscom 10,000 startup warehouse in Diamond District on Old Airport Road, Domlur. Interested startups may register online at startup.karnataka.gov.in to participate, V. Manjula, Principal Secretary IT, BT and Science and Technology said. Such an open house will be held every month, she promised.