[Bootstrap Heroes] How after 6 years, Kolkata-based Taxmantra continues to be bootstrapped and has tripled its revenues to Rs 3.25 cr 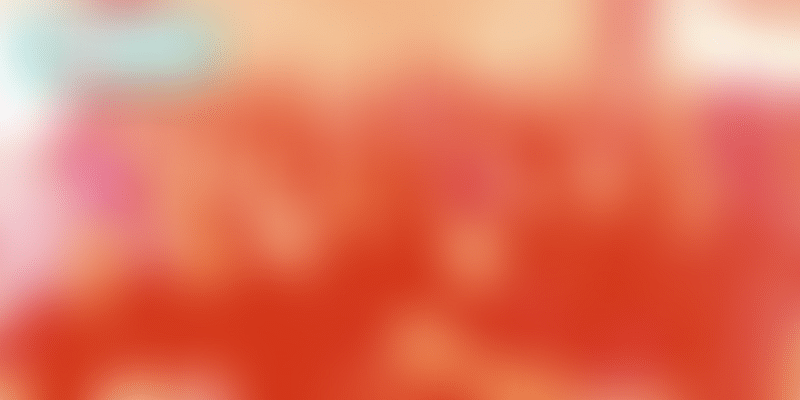 Alok Patnia had a promising corporate job with a regular pay check. But by 2009, he wanted to give up all the perks of the job, and start on his own.

So, after five years of working with four advisory majors, what prompted this qualified Chartered Accountant to give it all away? Alok says it was the huge vacuum he felt in the industry.

“On one hand, you had the big tax firms that catered to huge multinationals and on the other you had the smaller CAs. There was nothing in between, for startups and individuals that would provide quality service and consulting at a reasonable price point,” he says.

So, Alok quit his job at KPMG to work with his father, who was a CA himself, and practising since 1983. While working with him for six months, Alok tried to understand the various pain points in the industry. The subsequent learnings were distilled into the inception of Taxmantra in August 2010.

In the first six to eight months, the platform helped individuals file their taxes. However, Alok soon realised that the seasonality of the business was the biggest roadblock to scale. Hence came the idea to begin regulatory filing for businesses.

Their approach was simple; rather than expanding too fast and soon, which would mean higher capital burn, Taxmantra stuck to one place, tying up with other firms and CAs in order to expand their footprint.

Till today, Alok has put a total investment of Rs 2-3 crore in the business.

Charting out the evolution, Alok explains how the platform has evolved over the years. In November 2010, Taxmantra started helping business with company registrations. By 2011, Taxmantra claimed to be the only online firm to offer CA and law services on its platform. Following this, the platform transformed to provide help around State-specific registrations and compliances by 2012. In January 2013, it was helping businesses with due diligence and valuation-related activities, opening its second office in Bengaluru in 2014, with half its workforce shifting from Kolkata to Bengaluru. Today, the city contributes to almost 40 percent of the firm’s revenues.

With global companies on board, today Taxmantra serves Singapore and US, apart from India.

Alok proposed a 10 percent discount to his clients, who were ready to pay him the retainer fees a year in advance. As many as seven clients pitched in, and in two weeks, Taxmantra bounced back.

From this, Alok learnt the real value of forging strong relations with clients, a principle he attributes for being successfully bootstrapped for the last six years.

The other reasons highlighted by the founder is a clear organisation structure which allowed him to focus solely on the growth strategies for the team.

So how has Taxmantra grown?

Serving Bengaluru, Kolkata and New Delhi (NCR), Taxmantra has its partner associates in 40 cities across India, apart from the international geographies. Kolkata and Delhi NCR contribute to 35 percent and 20 percent of the revenues respectively.

The platform also gets a lot of interest from Tier II cities of Kochi, Indore, Pune, Jaipur, amongst others.  Currently, the firm has 150 experts on the platform, including CAs, lawyers and company secretaries. Split between B2C and B2B, Taxmantra receives 4,000-5,000 visitors daily on its platform, of which 60-70 percent are inbound leads. It has partnerships with 532 B2B retainer clients. The firm had on-boarded 120 of them in the past two-and-a-half months alone.

Some of the prominent clientele of the startup include Swiggy, Buyhatke, Sportskeeda, Rupik, IndusNet, State Bank of India, Apollo Clinic in Kolkata and Aelis. Globally, it has DarkIP, iTrillion and IndusNet as its clients.

Retainers are businesses which Taxmantra guides on a daily basis, while non-retainers are those which the firm performs only annual audits for.

According to the founder the firm has a total of 294 non-retainer clients, which takes their business partnerships to above 700 companies.

On the revenue, the firm claims that they’ve grown from Rs 1.8 lakh in annual income in 2010-11 to a net revenue of almost Rs 3.25 crore annually from clients, this year.

This number has tripled over a year, with Taxmantra scoring Rs 1.12 crore in revenue in 2014-15. Today, Taxmantra sees a 90-percent repeat order rate from clients and customers.

Taxmantra has been a complete partner and guide through our financial journey, since 2013. But what we really think sets its services apart is the approachability. Further, their format of personal advisory has helped the founders really concentrate on the core business. To quantify it, from 100 hours, we now put only 30 hours monthly on compliances.

The firm has three pricing and business models: cloud, where the work is done remotely; hybrid, where Taxmantra does remote work but deploys its staff every quarter or so; and finally staff augmentation, where the firm's staff sit in the client's office and act almost as CFOs for them. These range from 25,000 quarterly and go all the way to a lakh or more, depending on the requested services. Further, the staff augmentation model contributes to almost 40 per cent of the B2B revenues.

Alok lists the two major learnings that helped the firm make the right noise. First, was to realise the need to develop and diversify into complementary services apart from their key offering, and the next was creating the right value for clients while being a part of the decision-making process.

The firm has come a long way, from just a three-member team to now an 85-member strong organisation of which 58 are client-facing professionals.

In the near future, Taxmantra looks to add more services, helping businesses with their RoC filings. Further, the firm is also looking to bulk up to a 1,000 experts by end of September.

The company will also continue to focus on the services market, with an added interest in the offshore geographies. By the next two quarters, the firm is looking to expand their direct presence, by opening offices in Mumbai and Ahmedabad. It is also looking at Dubai to open its international office.

The firm is putting efforts to develop technologies to cater CFOs in the future, while getting into forensic risk auditing of startups.

Alok says the company is aiming at being among the top 10 tax online legal firms in India by 2020. The firm is also looking to target Rs 7-crore revenue by March 2017, and looking to add another 800 businesses by the end of this year. It is aiming to have 50,000 individuals filing their taxes on its platform.

In association with angel investors, the firm has created Makeyourtax, a DIY tax-filing platform. The firm is looking to scale operations for the subsidiary, while getting more traction on the platform.

The tax-filing segment is a fairly niche one, with a smattering of a few startups, including ClearTax. A direct competition to Taxmantra's subsidiary Makeyourtax, ClearTax is emerging to be a bigger competitor in this segment.

But with taxes and compliances core to businesses, there is still scope for these startups to co-exist in the ecosystem. With Taxmantra’s traditional approach of doing business, it will be interesting to see how the company plans to harness technology to disrupt the space.