Top Chennai startups that are beating Bengaluru at its tech game 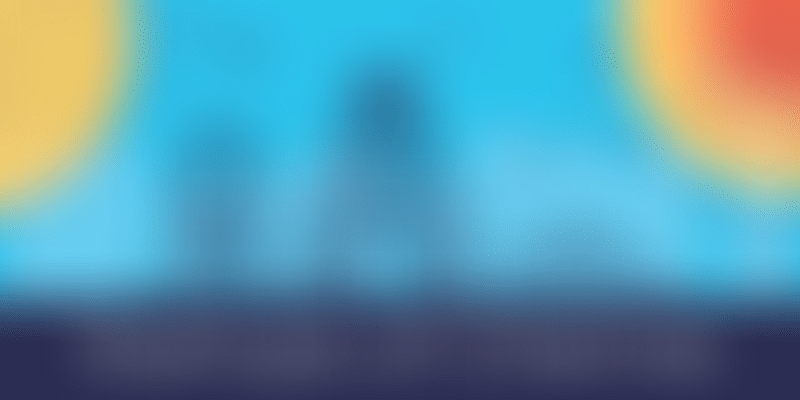 With Chennai-based companies like Freshdesk and Indix already creating their mark on global territories, the city is hands down the fastest emerging SaaS hub for startups.

Adding to the fame is bootstrapped unicorn Zoho, which, although born out of Silicon Valley, entrusts Chennai with its developer teams.

The potential of the startup ecosystem has also led to the creation of several active mentor organisations like TiE (The Indus Entrepreneurs), CII Startupreneurs, IIT Alumni Clubs, and Nasscom’s Million Dollar startup programme, over the past few years. Further, it is estimated that Tamil Nadu alone has over 30 incubators with a fraction of them present in college campuses of IIT, VIT, etc.

But, having given legacy startups such as Bharatmatrimony.com, the emerging breed of startups are all geared to shape a new future for the startup ecosystem.

Hey Chennai, listen up! We are coming to your city on September 6 as part of TechSparks city meetups happening across India. Get ready to listen and engage with us and tell us your stories. Book your spot for free here.

Here’s a list of the up and coming startups which are redefining the ecosystem and putting Chennai on the map:

Made in India, the Fuel Book device has been developed by Chennai-based Pupa Clic. Through a device and mobile app, the user can interact with their car for fuel analysis, mileage tracking, trip tracking, smart terrain mapping, etc. Other features include a black box which tracks the vehicle speed during an accident.

In May last year, the firm was reported to be entering the production phase with the device being self-installable. [Read More]

Formerly known as eMeter.in, Energyly helps industries, tech parks, and other commercial entities as well as homes reduce their power cost by providing hardware and intelligent analytics. Having gone commercial in January this year, the product was the brainchild of Dayal Nathan and Dilip Rajendran.

Started by ex-Zoho executives Arvind Parthiban, Naveen Venkat, and Santosh Kumar, Zarget is a conversion rate optimisation software. Changing the way traction and engagement are assessed, the platform provides analytics and insights on increasing conversions and transactions to marketers for their websites.

Sitting as a Google Chrome plugin, the SaaS tool had received 1,500 signups with 400 companies during its launch in December last year. In May, the firm received funding from Accel Partners, Matrix Partners, and angel investor Girish Mathrubootham. [Read More]

Bootstrapped, the platform also gives service centres and businesses the opportunity to promote, manage, and sell their services online.

Within two months of its launch, GoBumpr registered over 700 car- and bike-owners, clocking Rs 15 lakh in revenues. In January, they were reported to have on-boarded 260 service providers (50 four-wheeler service centres, 120 two-wheeler centres, and 90 exclusive tyre puncture shops). [Read More]

Joining the bot revolution is Lawbot, developed by Chennai-based Acumenist Analytics Pvt Ltd. Part of Target’s fourth batch of accelerators, the startup is the brainchild of Manaswani Krishna and Krishna Sundaresan.

Essentially an AI-powered contracts engine, the platform automatically checks for common errors and loopholes, pointing out missing obligations and restrictions when a contract is uploaded at the backend. Bootstrapped, the product also helps in drafting and reviewing contracts automatically.

Founded in 2008 by Umesh Sachdev and Ravi Saraogi, Uniphore is essentially a speech technology company. Headquartered in IIT Madras Research Park, the company’s solutions aim to allow any software application to understand and respond to natural human speech. Having integrated their smart speech recognition application, the firm’s solutions are centred around voice biometrics, a virtual speech assistant, and speech analytics.

In June last year, the firm raised investments from IDG Ventures, just a month after receiving Series A funding from Kris Gopalakrishnan and other existing investors. [Read More]

Started in September 2015 by IIM Calcutta alumnus Vinit Srivastava, DriversKart is an on-demand driver service. Operational in five cities — Bengaluru, Mumbai, Pune, Delhi, and Chennai — the firm has a little over 20 employees.

Reported to have a network of 200 professional drivers, the app allows individuals to request for a driver at a specific time and location. Charging customers on a minutely basis, the app has around 4,000–5,000 downloads across platforms and closes 4,000 rides on a monthly basis.

In April this year, the startup raised an undisclosed amount in pre-Series A from ah! Ventures and subsequently acquired Mumbai-based chauffeur service Driven by May this year. [Read More]

Started around the end of 2012, FixNix is a SaaS-based GRC (governance, risk management, and compliance) platform. The software essentially automates the processes of compliance and risk management linked to corporate governance.

Bootstrapped for three years, the firm raised its pre-Series A funding of $500,000 from Jay Vijayan, CIO of Tesla Motors, along with other angel investors in the Silicon Valley.

Having its offices in Silicon Valley, Founder Shanmugavel Sankaran (Shan) claims that the firm has generated revenues of $500,000 in their three years of existence. In an earlier interview with YourStory, he said,

“In August (2015) we met close to 43 banks, of which three banks have already bought the solution for $100,000 and several others have expressed interest.”

Further, the company claims that its public SaaS version has over 213 corporate clients already. [Read more]

With contact-less NFC-enabled cards, the solutions are designed to handle a variety of payments and security access applications. Until now, they’ve launched an NFC prepaid payment card iTapIt in association with National Development Bank PLC in Sri Lanka. The firm is also scouting for similar partnerships in Bangladesh, Middle East, and the Philippines.

Further, YELDI has closed group payment solutions for retailers in the form of mPOS and payment cards. With a team of 90 people, the firm is looking to market 10 million NFC cards by the end of this year. [Read More]

Probiotics chemicals company Proklean was founded by Dr Sivaram Pillai, B. Chandrasekhar, and Vishwadeep Kuila in 2012. Already having developed a host of customers in the textile and leather processing industries, Proklean manufactures natural probiotic products under the brand name ‘Proviera’.

Started in 2003, Platform as a Service company (PaaS) OrangeScape describes itself as a visual development environment for creating business applications. In 2012, it launched KiSSFlow, an online workflow tool for business process automation. Last year it was reported that the online workflow tool is used by 10,000 customers across 108 countries.

There is also Vortex Engineering which is known for building low cost (power consuming) ATMs for rural India. Started in 2004, the company has its presence spread over 12,000 ATMs and 35 locations across the country.

This list is by no means exhaustive. Other startups that merit mention are ContractIQ, Mad Street Den, Konotor, Contus, Unmetric, Frilp, GoFrugal, and Avaz App (Invention Labs), amongst others.

Which is your favourite startup from Chennai? Let us know in the comments below.