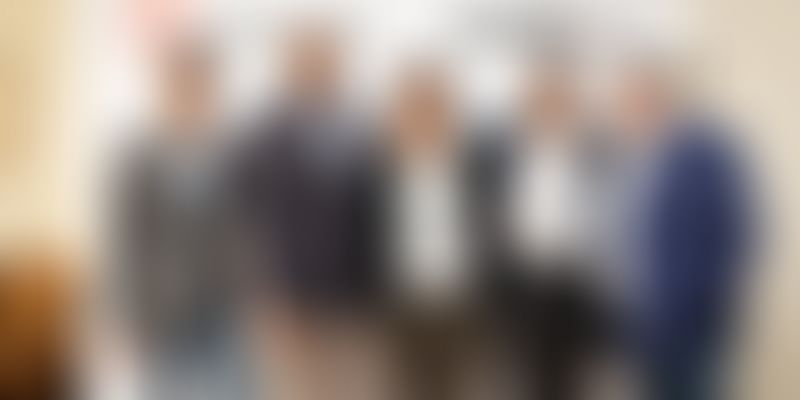 Media.net, a player in the ad-tech space, announced on Monday that it had been acquired by a Chinese Consortium from serial internet entrepreneur Divyank Turakhia's Starbuster TMT Investments in an all-cash transaction valued at approximately $900 million. The Consortium is led by Zhiyong Zhang, chairman of Beijing Miteno Communication Technology, a technology, media and telecom(TMT) business. With the first step complete, the goal is now to integrate Media.net into Beijing-based Miteno.

Founded by serial internet entrepreneur Divyank Turakhia, Media.net is a leading global advertising technology company that develops products for both publishers and advertisers. Divyank has had several exits prior to this deal. In 2014, Endurance International Group bought four brands that he co-founded with his brother, Bhavin Turakhia, for approximately $160 million.

Up from 650 in 2015, Media.net currently has more than 800 employees in key operation centres across New York, Los Angeles, Dubai, Zurich, Mumbai and Bengaluru. The company's US headquarters is based in New York and the global headquarters, in Dubai.

Since its founding, Media.net claims to have made substantial investments in its business to build a comprehensive portfolio of advertising technology in the industry across search, mobile, display, native, local, products and video. Its platform and products are licensed by some of the largest publishers, ad networks and other ad-tech companies worldwide. Media.net runs the Yahoo! Bing Network Contextual Ads Program, and runs contextualads.yahoo.com exclusively across all markets.

Media.net claims to be a profitable business with an estimated revenue of $232 million. It currently manages more than $450 million of annual advertising revenue via its platform, with ninety percent of its total revenue coming from the US and more than 50 percent generated from mobile users. Divyank, Media.net’s CEO, noted that his leadership team and employees are excited to enter into this new phase of growth.

The acquisition will enable Media.net to be an even greater platform for innovation and investment on a global scale. Together, we can accelerate the company's growth and deploy new products and services that will add value for our customers.

Divyank and Bhavin Turakhia led the overall transaction process, with Bhavin running the lengthy and complex legal negotiations in China. “The business received a lot of interest– seven bidders from around the world,” said Bhavin. “During the intensive phases, there were twenty-plus lawyers in a room and the excitement was palpable. I am excited about being able to get back to launching and growing the new startups that I have been working on.”

“Online advertising continues to be a double-digit growth industry, despite already being one of the largest revenue-generating businesses online. However, the ad-tech industry is notoriously compartmentalised and fractured across technologies, companies and geographies. It is impossible for publishers and advertisers to work with single-feature or single-product vendors without losing material efficiencies and increasing costs,” said Zhiyong Zhang, chairman of Beijing Miteno Communication.

Zhiyong noted that while evaluating this deal, they looked at Media.net’s smart investments over many years to build a large and comprehensive technology stack. He was most impressed by Media.net's success in the US, which is considered to be the world’s most competitive ad-tech market, and also its year-over-year growth.

Media.net will continue to operate under Divyank Turakhia and its current management team and retain the business model and culture that have fueled the company’s success. Divyank noted,

Chairman Zhang is a proven TMT leader with deep connections throughout the Asia-Pacific region. Together with his team, and with access to China’s world-class talent and capital markets, we will enhance our development pipeline, and further improve our operational efficiencies to better serve our customers across the globe. Further, we look forward to launching our various products in the highly lucrative China market.

The Chinese ad-tech market is currently the world's second largest, with expectations of significant growth in online ad spend. Media.net expects to see opportunities to grow from the new customer base. Additionally, access to China's capital markets will provide Media.net opportunities to grow organically and to acquire businesses of all sizes worldwide, including in the US and China.

The transaction is now closed, with $426 million being paid by the Consortium, and the rest to follow as per the agreed payment schedule and definitive agreement. The money from the sale will go into diversified pool of global investment funds co-owned by Divyank and Bhavin Turakhia.