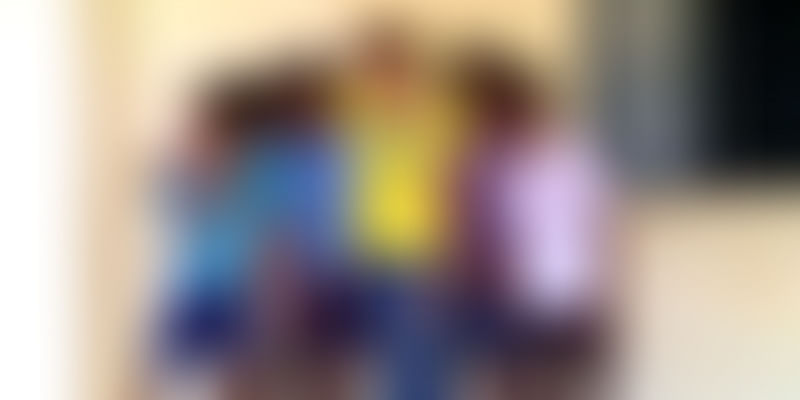 How many times have you thrown away something that was fully functional, just because it was a little old for your taste or because it was of no use to you anymore?

The answer is probably ‘several times’.

From toys to old gadgets to furniture, we have given them away at throwaway prices at junkyard shops or left them unused to gather dust in some corner of the house. While we knew that some of those things could have helped somebody in need, we didn’t know how to reach them.

Filling in the gap

Anushka Jain, with her venture Share At Door Step (SADS), aims to address this gap. SADS, a for-profit social venture, provides cause related marketing solutions to companies, supports Corporate Social Responsibility (CSR) related activities, and provides doorstep donation services to individuals and corporate donors. Explaining how SADS makes it easy to make non-monetary donations to non-profits, the twenty seven-year-old says, “Users have to just visit the SADS website and select their location, after which they will be presented with information on the requirements of the non-profits that are SADS’ partners. Once the users find a match, they can schedule a pickup. Users can also opt for the ‘SADS fulfilled’ option, where we take care of delivering the donation items to the right non-profit.”

And each time donors donate, they receive gifts from a socially inclined brand as a gesture of gratitude. On one hand, this motivates donors, and on the other, it enables a brand to build, strengthen and connect with their target audience.

“So what prompted you to start SADS?” we ask.

I grew up watching my mother donate clothes and toys to non-profits on my birthday. When I pondered upon why my mother did this only once a year, I realised there was no easy way to make non-monetary donations. You had to do it yourself, which is time and energy consuming.

While this was the tipping point, Anushka has always been a self-proclaimed go-getter. She says, “Foraying into entrepreneurship was a choice. Growing up in a middle-class family, my parents expected me to get employed in a corporate after finishing my higher education, then to get married and live happily ever after – like an Indian soap opera. But I was tinkering with ideas.”

Anushka says that as she grew up and learnt about the real challenges of setting up a business, those ideas took more concrete shape. With a chuckle, she says, “While I was busy checking out profiles of potential business partners and meeting them, my parents were stalking profiles of guys on various matrimony sites.” She adds, “The term entrepreneurship is fairly new to my family. It was difficult to convince my parents that following your dreams and starting a social venture was better than just what is generally paraphrased as ‘settling down in life’.” Anushka is confident that it is just a matter of time before she can convince her parents to support her startup ambitions.

Also read – MyStory : I resigned from a lucrative job and started working for a rural school in Odisha

Inspired by the story of the founders of Flipkart, Sachin Bansal and Binny Bansal, who would go out on a scooter for book deliveries around Bengaluru in the initial days after Flipkart began its operations, Anushka too followed the same route. She did the first 150 pickup for SADS herself. She says, “This helped to understand the nuances of the business and also provided valuable insights to make course corrections and take SADS ahead.”

Responding to the question of whether she faced any challenges doing these 150 pickups, she says, “Most often, I was greeted with a surprised look when people opened their doors. They never expected a girl to do the pickups. Most of them were appreciative of my effort. However, that said, personal security is a challenge, occupational or otherwise.”

SADS has worked with a number of corporates, partnering with more than 25 trusted non-profits such as Aide Et Action and Mobility India, among others. Anushka says,

Since our first pickup in 2012, we have impacted 1 lakh people, through contributions from 30,000 households.

One of their most successful campaigns, aimed at driving publicity for SADS while simultaneously motivating people, especially the younger lot, to give back, saw people giving away even expensive items such as Ray Bans sunglasses, iPods, laptops and loads of stuffed toys. A pause and a naughty smile later, the founder says the campaign was titled, “Don’t just dump your Ex, Dump their stuff as well.”

Challenges in a niche market

So what makes SADS different from other players in the market?

Anushka says, “There are agencies which provide door-to-door collection services. There are those which provide sampling and market research services, but not many who do a good job at providing a full suite of branding, cause marketing, research and sampling services. And we do all of that, really well.”

But in spite of being a niche player, catering to a fairly popular demand, success never came easy. “As human beings, we are always sceptical about adopting and embracing new platforms, until we see value in them. And that happens gradually. Similar to what e-commerce companies faced a couple of years ago, when people refused to believe in anything beyond shopping in brick and mortar stores. Since SADS is a niche venture, it was difficult to prove its value to the very first donor, non-profit, and corporate. But once they all saw value, there was no looking back. Non-profits have seen a spike in useful non-monetary donations, donors are in love with our idea, and corporates see value in our business proposition.”

Today, the challenge for SADS is more about scaling up and integrating technology in their processes. The founder explains that as they continue to scale up, the demand-supply equation has become more complex, calling for the need to automate various processes. “Since a large percentage of the non-profits still rely on manual processes for day-to-day functioning, it gets difficult.” SADS is addressing this challenge by training the non-profits with newer technology, which is more accessible and easier to adopt. Anushka says, “Today, we ask the non-profits to send us the receipts through images on WhatsApp, thus eliminating the need for scanning the receipt and then sending it to us over e-mail. There are a number of examples like this.”

With a revenue model based on B2B partnerships with various brands for cause-related marketing, SADS is targeting expansion in 4-6 cities in the next year. The founder says she is also “actively looking for strategic partners who can help the venture expand to different geographical parts of the country or bring in the required capital and experience to help the venture achieve the said goal.” In terms of the offering, they plan to start SADS fulfilled donation pickups and express pickups in the next few months, and on the technology side, they are planning to build a better prediction and matching algorithm, thereby making the entire process more efficient and effective. The founder says SADS’ revenue has grown over the years and it has moved closer to break even, but refused to divulge the numbers.

“India is a society where ‘doing good’ in inherent and valued. All we are doing is providing an avenue for people and brands to channelise this positive attribute and thereby give back to society, and that for me is very satisfying,” summarises the young entrepreneur.