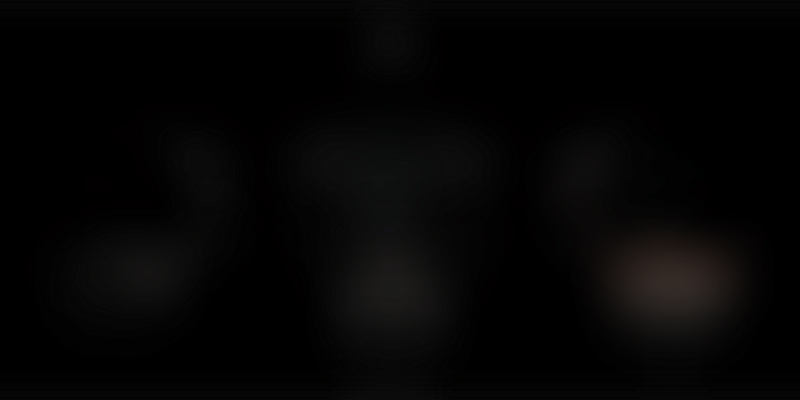 This article is brought to you by Witworks.

On September 30, 2016, a small team of engineers, designers and creators from Bengaluru will unveil the next generation personal computing device: a smart watch named Blink.

Millennials are no longer as loyal to watches as earlier generations. After all, we have the ubiquitous mobile phone, which doubles up as a watch for many of us in this digital age. As a natural progression, this led to the advent of watches that did a more than just tell time. However, many of these smartwatches were designed as a replica of the smartphone, but for your wrist. We thought that this was a brilliant invention, until we began to see challenges. The swipe or touch interaction on these devices was cumbersome as they offered little more than a square-inch of screen space. Navigating through the applications wasn’t always an enjoyable experience. There was a lot of clutter, as the watch was trying to do too many things. Many people felt that smartwatches were simply not as classy as regular wristwatches. While some industry players attempted to address these challenges, there was no clear winner.

This is where an Indian startup could soon shake up things with its soon-to-be launched smartwatch Blink. Besides being smart, it looks classy enough to make heads turn.

The founders of Witworks, the two-year old startup behind this product, want to revisit the mission behind the origin of the smartwatch – to reimagine the way you interact with that small screen on your wrist, and make the experience both delightful and intuitive. The belief of the founders that a watch need not be a replacement for many things, unlike a phone, is clearly evident in Blink.

Traditionally, a watch met a specific need – giving you the most critical information (time) at the most visually accessible place (your wrist). Today, this critical aspect translates to more information than just time. With our on-the-go lifestyle, there are at least five things on our mind.

For most of us, these five things are – information regarding how the day is going to pan out: meetings, to-do-lists, alarms set for specific reminders; fitness: details regarding your calories, number of steps walked in the day; music to suit your different moods; and an authentication system which identifies and provides access to information only for you. The fifth could vary because everyone has different interests and needs. Along with a set of native applications, this watch can also integrate various third-party applications to provide contextually relevant services.

Blink delivers all this through its own voice-based operating system Marvin, a step up from most virtual personal assistants which have captivated the world’s imagination today. Apart from just a screen or touch-based input, Marvin lets the user complete an end-to-end interaction on the wrist.

While Blink incorporates state-of-the-art in technology in its build, what sets it apart is the fact that it has been designed and crafted by watchmakers with decades of experience of working with iconic Indian watch brands. These watchmakers understand what a watch should feel and look like, and Blink’s design echoes this true craftsmanship.

A combination of a well-thought-out idea and an empathy for product design, Blink is all set to be on your wrists very soon.

If you’re thinking how effectively can a small startup from India pioneer and build a world-class hardware product, or if wearables really pave the next step for personal computing in the inevitably connected future, you can find your answers to these and other questions in just a week’s time.