Waking up early is the mantra to success 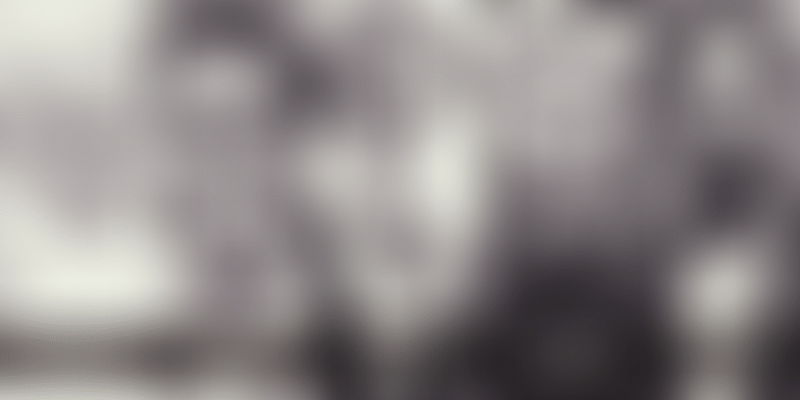 Many of us are infamous for hitting the snooze button a number of times, only to jump out of the bed and rush to work. This habit, is often a conversation starter as soon as you get to work. Over the course of time, you realise that it’s a habit you don’t want to own, and getting rid of it is a mammoth task.

If you look around, do a careful study of some of the most successful people – from celebrities to political leaders to sportspersons to honchos of the largest companies of the world – the one thing that unites them all is that most of them are early risers!

And, Robin Sharma, motivational guru, rightly said, “When you wake up uber-early - you have your day, your way.”

Here’s a short list of people who have crafted success stories by rising early.

The new CEO of Google, a company that the world practically runs on, Sunder Pichai is an early riser. Waking up between 6:30 and 7:00 am, his morning rituals include reading an actual newspaper. His breakfast usually consists of omelettes, toast and chai. He admits that he is not a morning person and doesn’t exercise as much as he would like to; that’s why his time with the paper and tea helps to set the tone for the day.

A household name after winning a silver at the 2016 Olympics, the story of P V Sindhu has been explored in detail. Each of these stories inevitably point out the many sacrifices she made in order to grow up to be a champion and among the many – is early morning badminton practice. For the first five years, from 2005 – 2010, P V Sindhu would travel 50 kilometres from her home in Secunderabad to the Pullela Gopichand Academy in Gachibowli, spending four hours a day commuting, in addition to training and managing school work. Even today, it is said that Sindhu’s family rises before day break and she hits the stadium by 4:30 am.

In May 2015, when the First Lady released a video of her morning routine – doing weights, jump rope, boxing – the world got talking. An ardent supporter of fitness and workouts, Michelle Obama says the tipping point to wake up early and workout happened when her first daughter was born. She observed during that time while Obama’s working routine hadn’t changed, hers had because she was prioritising exercises differently than he did. That’s when she began getting up early and exercising. That has remained unchanged even today. She gets up at 4:30 am every morning, works out and then goes back to tend to the family.

Having just completed 80 weeks as the No 1 doubles woman player in Tennis, Sania’s story is that of grit, determination, and being undeterred by criticism. Sania is known for her loyalty to a strict workout schedule, which includes gyming, running, and aerobics. While she has been forthcoming about the fact that she hates early mornings, during press conferences and on social media sites, when she is not playing in the tournaments, her day begins at around 6:00 am. After an hour of physical exercise, she had breakfast and reaches the court by 8:00 am.

The epitome of style on the big screen, Rajnikanth is not just loved but also worshiped. He is meticulous about diet and a strong believer in the power of meditation. Waking up at 5:00 am every morning, he jogs for an hour. He goes for a walk in the evening as well. He prefers yoga to other form of exercises to keep himself fit and in form.

The yoga guru is known for his flagship venture – Patanjali Ayurved–  popularising yoga, his political activism and business acumen. It should therefore not come as a surprise that he works for about 18 to 20 hours every day and sleeps for an average of just 4-5 hours. When the rest of the world might be in deep sleep, his day begins – at 3:00 am.

Standing tall at a little under five feet, she wowed the world, not just India, with the Produnova vault. Having battled inadequate training infrastructure, flat feet, and training in a sport that much of the country doesn’t understand and appreciate, her story makes for an interested read. During trainings in the run up to Rio Olympics, her day began at 7:00 am, followed by breakfast. From 8:30 am to noon, she practiced continuously. After a break of about four hours, her training would begin at 4:30 pm, and would go on till 8:30 pm.

The Bollywood celebrity, who has now gone international, is the epitome of beauty and fitness. As a former national level badminton player, her day would begin a little earlier than 5:00 am every morning, since she had a two-hour practise session – from 5:00 to 7:00 am every day. Even today, the habit of rising up early, is something that keeps the actress going. Her day begins no later than 7:00 am, on most days 6:00 am followed by an hour of yoga. Her early mornings are spent indulging in some form of activity – workout at the gym, yoga, free exercise, playing badminton or just walking.

A man who needs no introduction and seems to get better with age, is disciplined when it comes to fitness and every other aspect of life. His day begins at around 5:00 am and he works out for more than an hour. He hits the gym every morning irrespective of how late he slept the previous night and this is true all through the week.

Like many leaders heading some of the world’s largest companies, the India-born Microsoft CEO is an early riser. But, he also believes in getting eight hours of sleep every day.

Passionate about running, the first thing he does after waking up at 7:00 am is wear his running shoes. A more recent morning ritual that Nadella has embraced is putting on the Microsoft HoloLens and scanning through a virtual interactive calendar. A key part of Nadella’s morning routine is signing up for online courses that will enrich his understanding coupled with reading Indian and American poetry.

For the people of Tibet, he is the embodiment of hope and the rest of the world, an inspiration; standing for values such as compassion, wisdom and joy. His Holiness Dalai Lama, is an early riser and calls it a day by evening. Waking up at 3:00 am, he spends two hours in prayers and meditation. This is followed by a short morning walk and an early breakfast at 5:30 am. The next few hours are spent in prayers and meditation, after which he stays in his office from 12:30 to 3:30 pm. This is the schedule the Dalai Lama adheres to when he is in Dharamsala; when he is travelling the morning routine depends on the engagement set for the day.

The Presidential candidate is an early riser and is up by 5:30 am. During an interview, while she said there are mornings that she does feel like sleeping an extra five minutes and hits the snooze button, it’s always just once. An avid yoga and water aerobics enthusiast, she opts for brisk walks when the two options are unavailable, especially when on her campaign trail. And, fighting the US election has been demanding on her physically as well and admits she falls short of sleep and that’s why she takes 10-minute naps whenever possible.

Waking up at 4:30 am, he spends the first two hours of the day immersed in prayer and meditating on scripture readings. During this time, he also prepares for his morning sermon, which he delivers at 7:00 am. Mass is held in the chapel of the Vatican's Santa Marta hotel where he lives. After Mass, Pope Francis greets the faithful in the atrium outside the chapel, has breakfast and then gets to work – which includes everything from private meetings to public events. He calls it a day at about 10:00 pm in the night.

The CEO of SpaceX and Tesla is known as much for his ambitious programmes as much as his productivity. It is said, Elon Must has been devoting 100 hrs a week at work for years. Even though he does not go to bed earlier than 1:00 am, he wakes between 7:00 and 8:30 am every day. The quintessential workaholic, grabs breakfast on the go and drives to work in his Model S. His work starts at 10:00 am. Swimming, playing tennis, and working out at the gym help to keep the entrepreneur fit.

Managing a restaurant and production house, writing books, and featuring in your own TV series, can get beyond demanding. And, to top that, if you are a regular at Ironman competitions, you’ve got to keep yourself super fit. Well, that in short is Chef Gordon Ramsay’s life. His day begins at 5:00 am every morning and he has a 16-hour long work schedule. And, on Sundays, if you thought he gets up a little late to reward himself, you are wrong. Sundays, for the chef, begins at 4:00 am because that’s the day dedicated to intense training, often lasting for about 8 hours.