Are the on-demand startups here to stay? 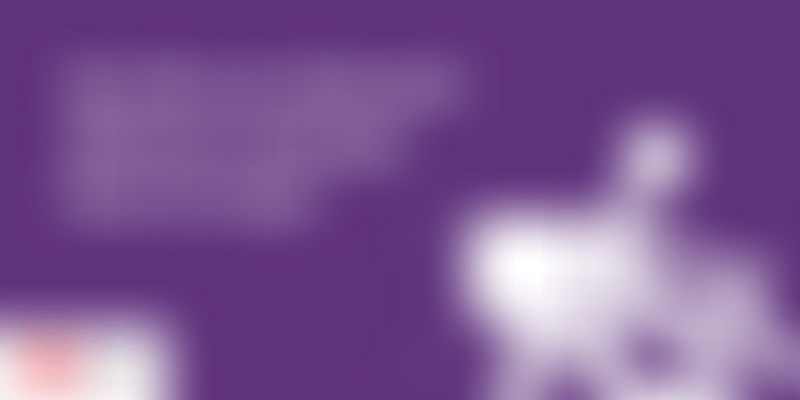 By the fall of 2014 - with increased access to technology forums, the buzz around hyperlocal startups in the US becoming potential unicorns. Blistering articles fuelled heated discussions on what would go hyperlocal in India. Early 2015, when startups such as Swiggy, TinyOwl, Grofers and MyWash raised over a million dollars, insecurities rose among many entrepreneurs and the investors began to face the fear of missing out. Even before the business models theoretically made sense, fresh rounds of funding followed.

By end of 2015, over 180 hyperlocal startups were founded. Around $700 million was invested, according to a projection by Inc42. Everything became on-demand: one startup delivered food, another delivered dessert, and yet another delivered the bill. The hyperlocal bubble burst in early 2016, leaving most of these startups with an investment crunch. Some proved the feasibility of their model and found their exit through an acquisition by a heavily-funded player, most shut shop due to bankruptcy and very few survived.

When I think about my entrepreneurial journey and of the ones who are still struggling and finding their way, I see a lot of pitfalls. I feel we tried too hard, tried to copy-paste ideas which worked out in the US, without investing time in understanding the basics of those businesses. In this article, I describe the basics of the inspirational Uber Model, reason out the economics of hyperlocal deliveries and draw my understanding of how these businesses shall survive and sustain in India.

Why the Uber Model works?

Uber has been an inspiration to entrepreneurs across the world. However, I doubt if many tried to understand the economics behind it. Uber stands to change the way the world commutes every day. This is a scenario where demand fluctuates during the day, and the fluctuation varies drastically between weekdays and weekends. If one has to run the business on a traditional route, deploying one’s own assets, hiring employees, one would have to:

This is practically unrealistic to pull off and scale up; when consumer demand fluctuates every hour, every day, running such a business drains cash flow. So what do you do? You leave it to the crowd of drivers - as micro-entrepreneurs - to balance it for you. When we bring in the perspective of micro-entrepreneurship into this - that is, one treats the drivers not as labours - the crowd shall organise itself and restructure their availabilities according to consumer demand. This is how Uber has arrived at an effective application of “The Power of Crowds”.

You have the first leg (the customer), the second leg (a car driver) (who creates the value), and then you have UBER connecting the customer to the value creator. Making this connection gives Uber a share of about 20-30 percent per trip, good enough to sustain, comfortable enough to scale; the only thing to worry about is becoming a monopoly.

Why Uber Model works for the hyperlocal deliveries in the US?

Uber has been quite a success because it was perceived not just a brand, but also as a lifestyle, and rising along the wave came everything from Instacart, which delivers groceries, and Door Dash, which delivers food, to Ease, which delivers medical Marijuana in the US. Unlike Uber, which delivers a service connecting two nodes - that is customer and the cab driver - the other on-demand startups deliver a commodity with a service, and hence have three nodes to connect - a customer, a merchant (restaurant/store/seller) and a delivery staff.

And this model still works undisturbed in the US, primarily because the third node is funded by customers. For every order fulfilled, while the revenue streams for the service comes from the merchants, the last-mile charges (delivery fee + delivery staff tip) are borne by the customer.

Why Uber Model for the hyperlocal deliveries won’t work in India?

Unlike in the US, India isn’t an economy that pays for deliveries. And that’s because, traditionally we have had a healthy culture of street vendors, who have been delivering vegetables, fruits and other essentials at our doorstep at the local market rates, or at a rate marginally higher.

Many believe that logistics is a demand-and-utilisation problem, which could be solved when one scales up. But, a typical logistics company is nothing less than a production/manufacturing unit, where its unit economics rely on the number of work orders fulfilled by each staff member and the efficiencies of the entire staff. Questions such as, “How many cars can a staff paint per day per hour? How does it affect the per unit price of the car manufactured?” are very important in the logistics business. To attain profits at scale, one has to attain profits at unit level, per delivery staff.

From my close observation and interaction with leading logistics companies in Bengaluru - such as Blue Dart, Ecom Express and Ekart - I realise that their efficiency numbers are quite high in comparison with the hyperlocal delivery companies. These traditional logistics companies deliver high value e-commerce shipments, at an efficiency of a minimum of 50 deliveries per staff per day, while hyperlocal delivery companies deliver low-value shipments at an efficiency of up to 12-15 deliveries per staff per day. This inefficiency, as a factor, could be neglected if the costs of deliveries are borne by the customers, which isn’t the case in India. This is when logistics becomes a three-dimensional problem with Demand - for a particular service, Density - of the orders for a given service - at a given time and location, and Utilisation - delivery staff productivity levels defining the efficiencies.

When we analyse the operations structure of most of these traditional logistics companies, it is quite apparent that they are organised exactly like a production plant, with the same shop floor discipline entirely in place:

The delivery staff report on time, picks up as much load as possible from the warehouse and leaves to the delivery locality from where a delivery happens every 10 mins.

Unlike these traditional logistics companies, operations of the hyperlocal delivery companies are monitored and managed through technology. The delivery staffs receive an order on their phone, the nearest order gets assigned to them, they leave for the store/restaurant, picks up the order and delivers it. The whole cycle per order fulfilment takes 25-30 minutes. This is followed by a return time of another 10-15 minutes to pick the next nearest order.

While it is optimised to scale rapidly, this model cannot be optimised for sustainability. Let’s take the case of a delivery staff working for a food delivery company. Food has a demand of five hours at best. The staff can then make 10-12 deliveries within this five-hour window. This would make the logistics cost to Rs 50 as the staff would have been promised a minimum wage of Rs 15,000 per month.

How would they survive?

There is a belief that a hyperlocal delivery company which delivers food along with other services such as grocery, medicine and laundry shall only sustain. But interestingly in India, each service has its own constraints.

With regard to grocery, we are a country where the supply isn’t organised, and the inventory is managed manually. So a hyperlocal grocery company has to not only invent the last-mile delivery layer, but also reinvent the whole wheel of the supply chain to succeed as a model. While the supply chain of FMCG products still shows promise of becoming organised, the supply chain of fruits and vegetables has far too many issues. That’s why companies like Grofers taking the route of the inventory-led BigBasket model are more likely to survive than purely hyperlocal companies.

Laundry gets very tricky, especially when the commodity being transacted is of very high value - both in terms of economic value and emotional/sentimental value. The value of the order only ranges between Rs 200 and Rs 250. Laundry’s operating procedures are unique - along with collection and delivery, there’s tagging, processing and sorting as well.

With medicine, except for the daily-hygiene medicines, recurring medicines such as those for blood pressure, diabetes, skin care or anything specific is doctor-specific and could be found only at the medical store prescribed by that doctor. The regulations does not permit the delivery of medicines without verifying the prescription, which sets a different standards of skills for the delivery staff.

So how would they survive and sustain?

Hyperlocal delivery as an employment could have promised a living in India. But now it can only survive as a service offering an “Alternate source of Income”.

Hyperlocal deliveries shall become a slot-based scheduled delivery model for better efficiency. Clubbing orders reduces the frequency of the return trips. The technology shall not only manage the assignment of orders, but also play a role in clubbing them - taking distance, traffic and time constraints as parameters to decide the number of orders to be clubbed.

However, the hyperlocal delivery companies shall wait to attain locality-wise Clubbable Capacity to move towards this slot-based model, to make sure it doesn’t adversely affect their brand. Moreover, partner restaurants/stores have to adopt innovations in packaging because food has to be delivered while it is hot and has to be so throughout the slot period.