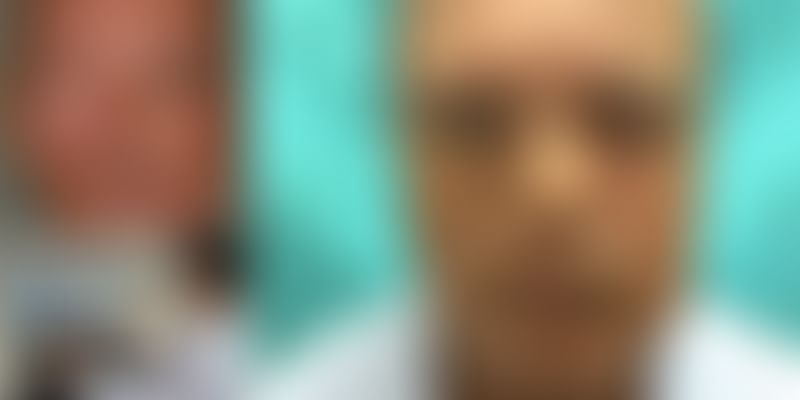 Carlito Conceiao from Sao Paulo, Brazil, has made his way into the history books, as he has become the recipient of the first ever face prosthesis created with 3D printing technology.

The 54-year-old was suffering from cancer that had damaged his throat and was rapidly spreading towards his brain. Although the doctors were able to surgically remove it, the operation had left a massive dent in his face, as Carlito lost his right eye socket and a good part of his nose.

The doctors had provided him with a prosthetic but in vain. “My first prosthesis was fragile, poor quality, and kept falling off because it was held on by glue. I felt totally disfigured and I looked terrible. I lost all my confidence and fell into a deep depression. I couldn’t work and became a recluse because people would stare and point whenever I went out. I used sunglasses to cover up the area most of the time," Carlito told Caters News.

It was at this point of desperation when his doctors decided to perform the unimaginable. They decided to use a free app on a smartphone to design and print a 3D image of the missing part of his face. Dr Rodrigo Salazar, who led the project for two years, attributes the decision to the lack of resources in his centre.

The low-cost alternative was a free app called Autodesk 123D Catch, which the doctor downloaded in his mobile phone to develop a prosthetic. "We mirrored the healthy side of Carlito’s face, then digitally sculpted it to fit the trauma side," Dr Salazar said.

Using the mould created using a 3D-printer, a new silicone prosthesis was developed for Carlito, which was fitted on his face using magnets and titanium screws. Volunteer clinical artists colored the prosthesis to match Carlito's skin colour, texture, and wrinkles before it was fitted, reports Dainik Bhaskar.