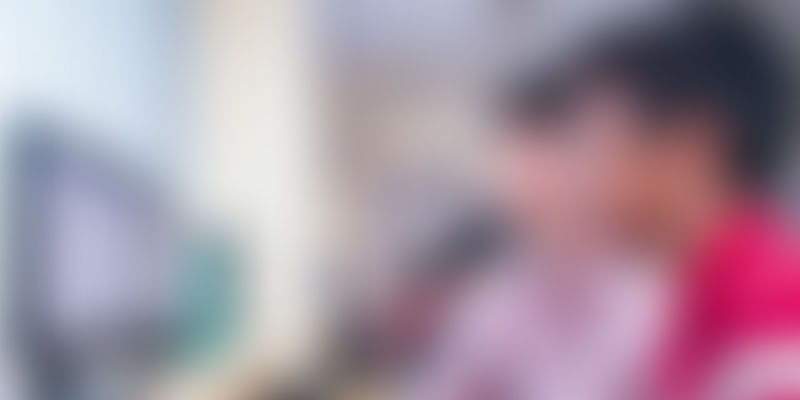 To increase chances of success in almost any sector, spotting and nurturing talent from a young age is considered to be crucial. While the mainstream education system in India (and globally) is progressing rapidly, it often falls short of equipping students for a tumultuous life ahead of them. With his venture, Camp K12, Anshul Bhagi, therefore, wished to help students pick up essential skills and give them the necessary exposure to become the makers and entrepreneurs of tomorrow.

From Delhi to Silicon Valley

Anshul was born in Delhi but moved to the United States at the age of seven. He grew up in Silicon Valley and got hooked onto coding, particularly game programming, during his high school days and had been building apps and products ever since. He then went on to study Computer Science at Massachusetts Institute of Technology (MIT), where he was also the president of his class and the graduation speaker at MIT's 150-year anniversary event.

During his college days, Anshul travelled to a number of school districts and universities in US and other countries, like Brazil, China, Kenya, Italy, and India, on behalf of MIT to develop and implement hands-on technology, math, and science curricula.

Anshul’s Master's thesis at MIT focussed on 'visual programming' technologies for the classroom that could help K-12 students build mobile apps with no prior coding experience, by leveraging MIT’s App Inventor platform. His primary contributions to the programme was the development of a hands-on curriculum for a 40-hour App Inventor Game Development course, and the implementation of several new features for further improvement.

Anshul then went on to work at firms such as Google, Apple, Microsoft and McKinsey & Company. Based on his early personal experiences with educational systems around the world, he realised that while there were many ventures focussing on college students, there were very few that focussed on the needs of students in the K-12 education system in India. So, in 2010, he founded Camp K12, with a vision of transforming K-12 technology education and helping the next generation of young entrepreneurs in India. They did so by being the early pioneers of 'app development for school students', which has now become quite popular in India.

Anshul and his team started out with five programmes and tested them in 10 hand-selected schools. Based on feedback, they refined the curriculum, ensured compatibility with different educational board systems and age groups across India before going live with Camp K12 officially. Anshul currently divides his time between India and US.

About why he aims to go after the K-12 segment, Anshul told YourStory over a Skype conversation,

We all know that Mark Zuckerberg co-founded Facebook and Bill Gates co-founded Microsoft. But not many of us know about Synapse Media Player and Traf-O-Data, which were ventures that Zuckerberg and Gates had worked on respectively in their late teens before tasting success with their subsequent ventures.

Currently operating across Bengaluru, Delhi and Mumbai, the Camp K12 team consists of about 19 members, some of whom had previously worked at companies like Google, Microsoft, Apple and McKinsey. Anshul notes,

We want students in Indian schools to develop a sense of confidence in their abilities to create and an addiction to innovation — a muscle memory for building apps, movies, music, animations, graphics, and games. We feel that it is this early exposure and positive habits that will make them successful.

Currently, Camp K12 runs its custom programmes during vacations, weekends and ongoing school sessions, where students work on daily projects right from day one, as well as a final project that they present to their fellow campers, families, and school faculty at the end of the course.

In 2012, their in-house team had also developed end-to-end online competition engine for K-12 students, which was officially launched in 2013 in partnership with Adobe. The company's 2015 competition in collaboration with Adobe India included themes such as 'Design iPhone 10', 'Create an Android game with Flying Objects', 'Create a TV ad for iOS vs Android'.

Year 2015 was a busy one for Camp K12, with three new launches- Entrepreneurship Bootcamp exclusively for school students, Drone Programming for k-12 students and a 'Geeks in Residence' YouTube media programme. Now in 2016, Camp K12 has partnered with all-girls schools to launch coding programmes for school girls to add to the global women-in-tech movement.

A recent report from EdTechXGlobal noted that education technology is becoming a global phenomenon, and as distribution and platforms scale internationally the market is projected to grow at 17 percent per annum, to $252 billion by 2020. With strong emphasis on education, India too has seen a lot of growth in the edtech space.

In September 2016, Byjyu’s announced raising $50 million from Chan-Zuckerberg Foundation and Sequoia Capital, along with investors Sofina, Lightspeed Ventures, and Times Internet Ltd. Some emerging companies in the edtech space in India include Simplilearn, Embibe, Toppr and EduKart.

While bootstrapped, Anshul explains that Camp K12 is actively recruiting their senior management team now and also looking to strengthen their business development and product teams. While they are active in multiple cities, Anshul’s long-term vision is to expand to 10 more cities by early 2017 and slowly tap into all the parts of India and also other countries, where he sees potential. Another key area of focus at Camp K12 is on long-format (three months to one-year) curriculum and programmes for coding and app development, which the company launched in early 2016.

Anshul notes that they have been able to grow at a continuous pace over the last six years because of their keen understanding of the edtech market, custom course, and as their focus is on ‘pull learning’(what students are interested in) rather than push learning (traditional school curriculum).