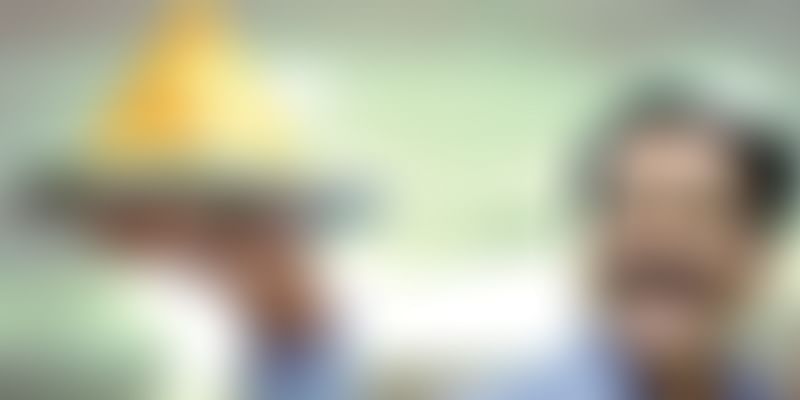 Jayaram Banan has come a long way. Highly abused as a child for the most trivial of things at home, Jayaram now owns a brand that has expanded to 30 outlets across North India, with branches also in North America, Canada, Bangkok and Singapore. Hailing from a small village called Karkala in Karnataka's Udupi district, the story of Jayaram seems like something straight out of an inspirational movie. He is responsible for the immense liking people now have for dosas, idlis and sambar in North India. Single-handedly, he made those who typically adore rotis and butter chicken chase after dosas and sambar.

However, Jayaram's childhood wasn't a very pleasant one. He grew up with fear and anxiety, not knowing when he would next be beaten by his father. There were times when his father would put chilli powder in Jayaram's eyes as part of a punishment. When Jayaram failed in school, he was only 13 years old. Fearful of the brutal punishment that awaited him, Jayaram stole some money from his father's wallet and ran away.

He took a bus to Mumbai, and was rescued by another resident from his village, who got him work at a canteen in the city. Courageous enough to board that bus without any idea of what he was going to do in a city as big as Mumbai, Jayaram started to wash dishes in Panvel canteen. Despite working hard, he would still get thrashed by his employer with a chappal. According to Kenfolios, Jayaram said, "It made me work harder." Slowly, he became a waiter, and then a manager. However, with all that experience, he always knew that he was not born to work under someone forever.

He always had the thought of opening up a South Indian eatery in Mumbai, but he soon learnt that the city already had too many of them. Not wanting to venture into such a market, he chose Delhi to experiment in. Back in those days, genuinely authentic dosas were very costly, and Jayaram wanted to change that. "I wanted to provide best quality dosas at halwai rates," he said.

It was in 1986 that he opened his first shop. He made Rs 470 on his first day. With the significant attention he paid towards customer satisfaction and diversification of the menu, people started to flock to his shop. He named it 'Sagar', and it didn't take a lot of time for the name to be heard everywhere in the locality.

Four years later, he opened up in the high class Lodhi Hotel. He offered the same menu, but with a 20 percent higher cost. Jayaram proudly said that he serves the best sambar in Delhi, and it was after he opened this new store that he added 'Ratna' to the name. The reputation of the brand 'Sagar Ratna' grew by leaps and bounds all across the city.

Even today, he considers his business very holy, and doesn't eat there. He said that the restaurants are there to serve people. He leaves home at 9 am and comes back very late at night, only after doing the rounds at most of his outlets. He is very strict about cleanliness and does not tolerate even a single housefly being present in his kitchen. There was even a point when people criticised him for making tiffin-like food. Giving them a strong reply, Jayaram opened Swagath, where he served coastal food, which was also an immense success.

This story of Jayaram Banan's is a perfect example of how courage, dedication and hard work can make anyone successful. The man surely does inspire us to take a huge leap of faith and just go for whatever we aspire to do.