The Ratan Tata I know: And about barbarians at the gate 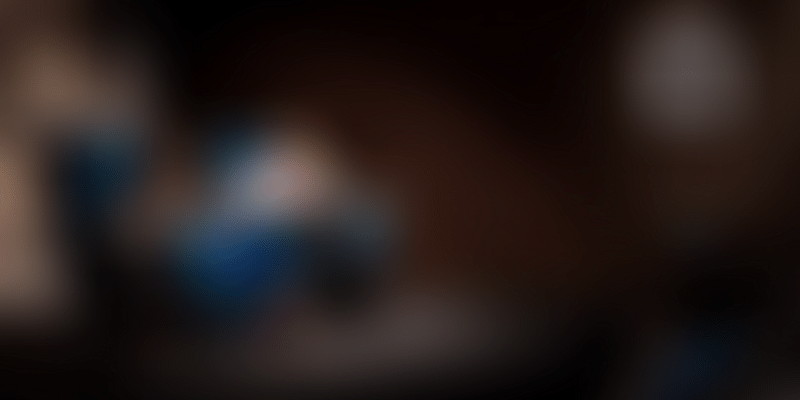 In the last few weeks I have been mulling about pivotal role Institutions play in a society.

We understand the value of political institutions and government. Economists of all ideologies agree upon building strong institutions — stock market regulator, banking, law and order — for the effective functioning of a country.

We often don’t think of institutions not designed by policy makers, not imposed by a government, but created by the will of passionate people. They are not about formal structures and rules that can be codified in a book or dictated by law. It’s broader than that. Take marriage for example, a revered institution. It’s not just what civil law states it is. It goes beyond that, sanctified based on values such as love, mutual respect and a sense of duty rather than clauses and sub clauses in a law. Law comes into effect, only when the institution breaks down. Till then, it stands by itself, dependent on a higher code of ethics and morality.

Social capital is as important as physical capital — and societies that have a higher degree of social capital tend to create the kind of business organisations that result in prosperity for most. They are not about buildings, and yet they are built brick by individual brick over many years, like the Tata group over the last 150 years. Very rarely any commercial organisation can be classified as an Institution. However in India we have this commercial organisation that stands out - Tatas earned their place by being a part of India’s development through various phases and historic events — independence, nationalization, economic reforms and the bigger trend of globalization.

It was not just about the physical products they made in their factories. It was also about the culture and ethics that Tatas stood for. What exactly that is, is not always easy to define. But that quality emerges when things get tough, when an extraordinary situation demands it. So it was when Mumbai was attacked in November of 2008. The stories of how the hotel staff placed the interest of their guests above their own physical safety is stuff made for legends and demonstrated something of culture and work ethic beyond what laws and rules demand.

After the Mumbai attacks, salaries of the attacked Taj Hotel employees were paid despite the hotel being closed for reconstruction. Ratan Tata personally visited families of all the employees that were affected. Tata also covered compensation for railway employees, police staff, and pedestrians. The market vendors and shop owners were given care and assistance after the attacks. Tata also granted the education of 46 children of the victims of the terrorist attacks. All this was done with quite dignity without fanfare or PR pinups. It’s something that couldn’t have happened if Tatas were merely making a product or providing a service just because it made economic sense and placed profits over social responsibility. An old Tata Steel ad captured that institutional spirit. Its tagline was: We also make Steel.

For an entire generation, people like me, one person who symbolized this institution, and the values that it stood for, is certainly Ratan Tata. I have had the privilege of interacting with him several times including on stage in front of enthusiastic entrepreneurs. His every word is like a mantra, inspiring ambition and infusing courage. It should come as no surprise, for entrepreneurs, Ratan Tata is one of the most admired business man. Hence the man himself becomes an institution in the eyes and minds of young entrepreneurs.

I felt we were incredibly lucky to have his support in India to spur the startup ecosystem. The young entrepreneurs look up to him not just for his business acumen. He is an inspiration. In my conversations with him, I have always come back impressed by his curiosity, his passion for learning, and the willingness to stand for the underdog. When Mr. Tata agreed to my request to be an adviser to us, it was really the highlight moment of my life. And with each interaction my respect for him and my learnings have only grown. Beyond these interactions, I have no association what so ever with Tata group and have no qualification to offer

Beyond these interactions, I have no association what so ever with Tata group and have no qualification to offer opinion on the allegations, recriminations we currently read in the papers. I know this to be true for most of the general public. We are not employed at the group, nor are we shareholders. Yet, we seem to have an emotional stake in the company. That’s the true nature of institutions, they become public property at least emotionally, hence we feel ownership to opine. Everyone in India it seems has an emotional stake in the Tata Group, and when there is trouble, it matters to us personally.

The acrimony between Tata and Mistry makes the board room discussions seem like bar room brawl. We see decisions that were taken thirty years ago called to question, and unsubstantiated rumors like selling TCS placed before us in public. It is almost like we the public are meant to be the Jury and arbitrators, why else are we subjected to speculations on viability of particular investments or acquisitions, the debt overhang and other complex decisions called to scrutiny, selectively questioned using media as a tool. None of this is in keeping with the Institution of Tata Group as we expect it. Do minority shareholders of the Tata group not have a responsibility to uphold the institution that has yielded them much pride and place in society not to mention the substantial dividends enjoyed by them.

Ratan Tata (RNT) joined the group in 1961. He became Chairman of the group in 1991, when JRD stepped down. Ratan Tata overlapped with JRD for 30 years. Perhaps it takes that kind of dedication and patience to imbibe and personalize the values of this company. In 1991, market cap was below INR 8000 crores. Today the group employs close to 700,000 people. With a staggering revenue of over $100B. I think this deserves respect not brick bats and second guessing on leadership. I am astounded by the pettiness of questions like the benefits offered to chairman emeritus, this of a person who has dedicated his life to serve and uphold value to shareholders, community and nation.

As a member of the public, and purely as a member of public, to me at least the daily rounds of leaks don’t feel right. Smoke a peace pipe, stop the infighting, stop the pettiness, it is not a good example, the entire country looks up to Tata Group as an Institution and we have a collective emotional stake to ensure logevity and sustainability of this group.

It took 150 years and sacrifices of many to build this institution. It can crumble easily if you detonate it. Beware of the barbarians at the gate. The barbarians are not outsiders or enemies from far away lands, the barbarians are within us, provoking us to do things out of ego, bruised emotions, pettiness, long held grudges, pulling down out of envy, giving into insecurities. If we don’t transcend our inner limitations, when the barbarians win, they devour ruthlessly, they leave behind a carnage, an empty shell, a soulless company, ravaging all that is good and worth preserving.

I felt compelled to write, because I felt helpless, and I want to express my support to Ratan Tata. He is an institution by himself. He has been an inspiration to the community I am closely involved with — the startup community. It’s important that he continues to play that role — inspire us, and help us achieve our potential. To me he is an icon, someone I #Respect and someone from whom I have learnt tremendously.

If you agree with me please re-tweet #ISupportRNT