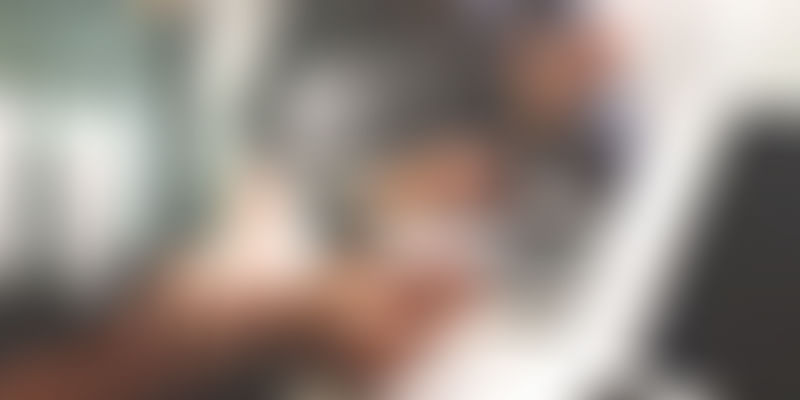 We all have that one co-worker or manager who drives us up the wall. They are either too demanding, or too condescending, or too negative, or too arrogant, or just plain lazy. You get the picture, right? With such a person around, conflict becomes inevitable. Studies have found that personality differences are one of the top reasons for workplace conflicts. Bullying, not sharing important information, and verbal and physical abuse are all underlying reasons. If not handled well, your difficult co-workers could drain out your energy and productivity. Here are three kinds of difficult co-workers you will most often come across in an office setting and tips on how you can deal with each of them:

Be it a rainy day or a sunny one, some people are always cribbing. They somehow find something to complain about and be whiny. They might need you to listen to their sob story and sympathise with them as well. If it’s complaints about your boss today, tomorrow it would be about another co-worker. They are like endless pits of negativity.

How to deal with whiners: The answer is quite straightforward. Such people crave an audience. They want others to listen to them whining. So once you stop listening, they will lose interest in whining to you. Also, stop sympathising or agreeing to them when they complain about something. You are only letting them know that it is okay to whine! So the next time a whiner complains about something, shoot it back at them with a positive spin. Suppose they complain about the workload and how they hate it, counter it by saying, “Oh! Is it? But I love that we are always busy and have a lot to do. It keeps my mind engaged.” A few conversations like this are more than enough to drive the whiners away.

Much like those nerds at school who would finish their work first and then go around talking or distracting others, in an organisation, too, there are many people who are born to distract. They might just drop by at your table to talk to you and have irrelevant conversations that only wastes time. According to a survey on workplace distraction, about 89 percent employees admitted to have wasted time at work. Of this, about 24 percent said that they were distracted by noisy co-workers and 23 percent were distracted by co-worker drop-bys. Given that research says that even a three-second distraction can double workplace errors, why take a chance with such people?

How to deal with a time suck: Again, the better road to take is to ignore them. It might be tempting to confront them and tell them that their stories are useless and they are doing nothing more than wasting your time, but that’s not something you would want to do if you are planning to spend a few more years at the organisation. Remember that you need to work with them in the future as well. So try clever ways, like plugging in your headphones while working, to ignore them. If they are someone who holds a crucial place in the hierarchy, you can make this up at times you are not working.

According to a survey conducted by the Workplace Bullying Institute in the US, about 27 percent employees said that they have current or past direct experience with abusive conduct at work. 72 percent of the public are aware of workplace bullying and sadly, 72 per cent of employees deny, discount, encourage, or rationalise this bullying. Although certain figures are not available for India, it is quite sure that bullying is rampant in most organisations in the country. Bullying was defined by the organisation as “repeated mistreatment; abusive conduct that is: threatening, humiliating, or intimidating, work sabotage, or verbal abuse.” Research has shown that workplace bullying leads to serious mental health problems like depression, anxiety, and post-traumatic stress disorder.

How to deal with the bully: The first step is to accept that it’s not your fault. Realise that the bully is the one at fault and that you shouldn’t ignore such behaviour. Do not lose your cool and react in an uncontrolled manner. This means you are just stooping to their level, and if the bully is someone who holds a high place in the hierarchy, this might work against you. Instead, document the bully’s actions. If you feel it might work, confront the bully in the presence of a third party. But if this doesn’t work, then raise your issue with the HR team or the management. Support your argument with the documentation you collected.

So what are the kinds of difficult co-workers you have come across? What do you suggest be done while dealing with them? Let us know in the comments section below.