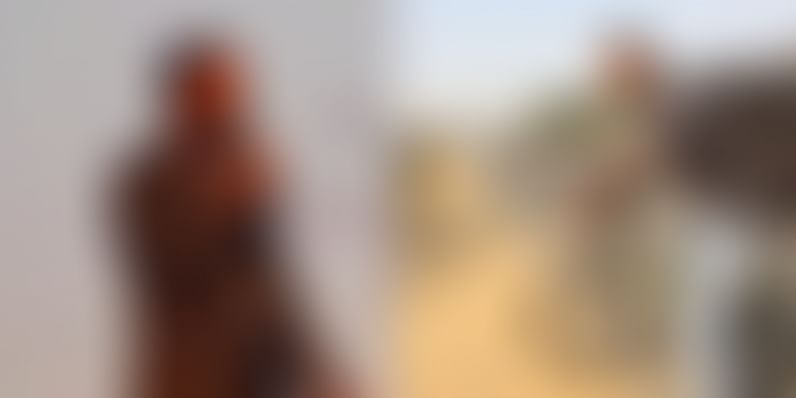 Arvind Mishra will be cycling 10,000 km across the country to launch his C-Negative movement that will assist individuals and organisations in taking responsibility for their carbon footprint and drastically reducing it.

“Climate change is the question of my life,” Arvind Mishra says sombrely while explaining the reason for his ambitious Trans India cycling campaign. During this six-month long journey of endurance, he intends to connect nearly 300 universities, corporate houses, communities, and individuals through his ‘travel and talk’ campaign.

This 28-year-old mechanical engineer recently quit his post as an assistant professor at Graphic Era University to dedicate his time and energy wholly to the looming issue at hand — our imperilled planet. But unlike other climate literacy campaigns, Mishra has an offering that is a step ahead of awareness — solution.

Currently in association with Revive Climate, an NGO that was formed with this campaign as its central idea, Arvind has developed an app called C-Negative that not only assesses your carbon footprint but also provides solutions to reduce, offset, or neutralise it.

His C-Negative movement will be the highlight of this cycling campaign that he intends to begin during the month of February, for which he is currently crowdsourcing funds. He’ll be speaking of social and environmental responsibilities and of the basic ethics that should drive us, but one may wonder: when and how did an engineer and professor whose life not so long ago revolved around concepts like computational techniques and finite element analysis develop his sense of social responsibility?

Arvind takes me back to 2010 when a disastrous accident nearly claimed his mobility and, as a result, his sanity. He was left with degenerated L4 and L5 discs, a damaged thecal sac (the sheath that protects the spinal cord), and excruciating pain. He recalls, “I remember those three months of complete restlessness and the doctor’s predictions of partial paralysis. I used to wonder, ‘Why is this happening to me?’ I had so many negative impulses and I could see my immediate plans shattering right in front of my eyes.”

This accident necessitated a complete change in lifestyle if he ever wished to walk again. He, therefore, quit his job and returned home to recuperate. Being a mechanical engineer, he started researching his own ‘mechanical’ disability. One thing led to another and soon, he crash landed on his eating habits. The more he read, the more he realised how unsustainable, and unhealthy, our diets are.

This awareness soon diffused into the other habits that so often make up our resource-leeching lifestyles. In what can only be assumed as an excruciatingly slow, confusing, and difficult process, Arvind “got inclined towards working towards a defective system and making people more aware of it.”

“As an engineer, I know that when we do the research and launch a product, we don’t do a lot of analysis of its effect in the long term,” he explains, indicating the dearth of critical thinking and planning much needed for responsible technology. Although he considers himself a sort of technological pessimist, he insists that the problem isn’t with technology itself, but with us, the people. “We need a controlled way of using technology. We unnecessarily complicate our lives with it.”

Having been brought up in a humble setup in a small village near Kanpur, Arvind clearly saw the contrast between his early life in a mud house and that among the corporate houses of Singapore and France. “I have seen a life that is so sustainable, simple, and minimalistic. “Somehow I’m happier when I’m back to the village.”

It took Arvind four years to be able to resume cycling after the accident, and it was only then that he took it up seriously and passionately. He recently cycled from Gurgaon to Dehradun — a distance close to 300 km — in 24 hours. Pushing his endurance limits seems to be a way of life for Arvind who, in 2014, entered the Guinness World Records for the longest lecture ever delivered, which lasted 139 hours, 42 minutes, and 49 seconds, uninterrupted.

While explaining this journey to me, however, he was quick to point out that the campaign is less about his travel and endurance and more about the talks and principles. “I have set certain principles for myself. It will be a minimalistic journey with only the bare necessities.” Keen to practise what he preaches, he has ensured that the entire journey will run on solar energy. A kit provided by Voltech Systems will power his laptop, camera, and phone, thereby contributing zilch to carbon emissions.

The journey will begin in Delhi, passing through cities like Jaipur and Ahmedabad before following the western coast, and then through Kanyakumari the eastern coast, across West Bengal, the North East, culminating in Kashmir.

He intends to conduct 200 talks in major universities like IIT-Kanpur, IIM-Ahmadabad, TIFR-Bangalore, IIT-Guwahati, and many corporate houses. His primary focus is, however, “connecting with village communities, individuals, and rural groups or panchayat level to spread awareness on the necessity of resilient societies in fast changing climatic conditions,” says Ramandeep Sidhu, CEO of Aerosphere and one among many that are supporting Arvind’s cause.

Since he insisted that the highlight is his C-Negative application and not the journey itself, I circle back to it, trying to understand how this application really works. “It’s simple, really,” he assures me “This free application will assist you in calculating your daily carbon footprint and based on that will suggest to you how to reduce your carbon emission, how to offset whatever you cannot reduce, and how to neutralise the things you cannot avoid at all.”

“For example, planting a tree in your local community for every three flights that you take,” Ramandeep adds to the explanation. He goes on, “The app has been developed on the basis of holistic formulation that includes quantification and nature of food habits, transportation, domestic energy consumption, etc. The calculator uses emission factors which take account of all greenhouse gases (i.e. CO2, N2O, methane etc.) released by the activities, with the results presented in units of metric tonnes of CO2 equivalent (CO2e).”

What then, is the C-Negative Charter, I ask him. “It is a systematically designed blueprint organised with the help of Centre for Policy Research,” he explains. It is essentially “feasible alternatives that people can employ to reduce their carbon footprint. It’s very difficult to ask people to come out of their comfort zone. Very difficult,” he stresses. “This generation (that has been born into a technologically driven age of convenience) won’t understand very easily. That’s why the solutions that we are offering have to be doable.”

The charter is designed specifically for both individuals and organisations. When someone subscribes to and ratifies the C-Negative Charter, they will agree to a paradigm shift in their energy and resource consumption. It’s much like an audit except that it will be self-imposed. The advantage here is that those exercising it will be completely involved in the process, which makes them more aware of their actions, and making people ‘self-conscious’ is, after all, the central aim of this campaign.

Arvind will also be planting what he calls C-Negative trees in every campus. “The idea is to make it a movement and not just a one-time thing,” he says. And rightly, every movement needs a long-standing name; in this case, carried by the long-standing trees themselves.

Leading cyclists such as Nagraj, a Guinness World Record holder, Binay Kumar Sahu, a physically challenged cyclist, Ramandeep Sidhu himself, and many more will be joining Arvind on this iconic journey (for short segments) that is expected to be a torrential wave towards climate change action.

Notably, this wave seems to have already built some momentum; In fact, this interaction with Arvind happened as he was returning from National Fertilizers Limited, who, as he ecstatically told me, became the first to ratify the C-Negative Charter. His excitement is understandable as this PSU has a huge employee base and production output, thereby contributing to a significant change.

The start to this journey looks promising indeed!