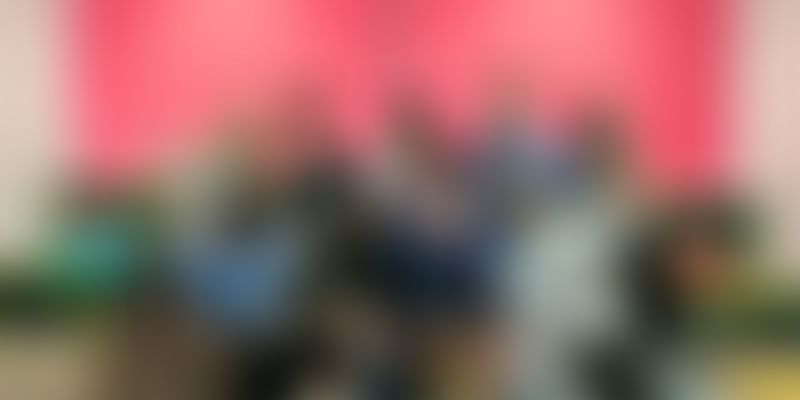 French accelerator Numa, which has a presence in Bengaluru, announced today the launch of its offices in New York and Berlin. For over 15 years now, Numa has been working to ensure that there is a robust and strong ecosystem built for startups. From events to mentorship to an accelerator programme, the company's aim has been to help startups go global. Five years ago, when Numa was opening its startup accelerator, Frederic Oru joined as the Head of International Development.

An engineer and a PhD in Mathematics, and having worked for over a decade in the IT industry, Frederic has been instrumental in making Numa a global brand. He says,

“For the first 15 years, we worked towards growing the French startup ecosystem. After building a solid base there we decided to focus on other parts of the globe, where there has been great entrepreneurship talent and startups, and replicate the same success across different parts of the globe.”

Moving to other parts of the globe

The team started first in Moscow, and then set up shop in Bengaluru. After that, the accelerator went on to open offices in Casablanca, Mexico and now New York and Berlin.

“The whole idea of the Numa accelerator is to give startups access to global markets and ecosystems, where they can learn and grow faster,” said Marie Vorgan Le Barzic, Founder of Numa.

However, each country is different, with its own unique culture. While Numa is well known in France, starting a new business in a new country is like starting from scratch.

In Paris, people come to Numa, while across newer geographies the push is more outward, where the team needs to focus on getting people to know the company. Frederic explains that the company tackles this by roping in partners who are a part of the country’s ecosystem, understand the space and have been working with startups for years.

“It is with the partners that we understand how issues work in different countries. But startup founders across the globe have very similar mindsets. Their belief systems work in the same way and the way they look at tackling issues is the same. Everyone has the passion of addressing daily problems using technology. But the problem is that in the global ecosystem I see a lot of copycats. Many startups look to do the same things. It isn’t easy to find startups with innovative solutions.”

But when the team does find such startups, it is different and worth pushing for. Frederic says that in India there is growing focus on solving traffic problems and agritech. Numa believes that in Bengaluru alone it can create a big push by helping startups gain a global footing. Also, unlike other accelerators, Frederic states that Numa does things in a holistic manner, by giving startups access to events, training programmes, global capital and clients.

Additionally, Numa works towards helping startups engage with corporates. While in most countries this may be easy, Numa finds it a challenge in India. Frederic says,

“Corporates in India are slow, they are unwilling to change and are yet to accept and work with startups like across the globe. However, with the global push we have, Indian startups can also look at global corporate players who are willing to work with them.”

However, over the past five years, the startup ecosystem has transformed. Initially, the Numa team had to educate startups in design thinking, marketing and pitching. But, today, there are second and third-time entrepreneurs starting up and therefore not needing the handholding. They already have an minimum viable product (MVP), with traction and their challenges are more on reaching markets and growth.

“In India, today the startups are fast growing. The founders are great engineers but aren’t great at focussing on marketing their product and design thinking. There also is lesser practical understanding of how markets work and function. That is what we are focussed on in Bengaluru. But Indian founders have stronger risk-taking capabilities and have the capacity to take on anything.”