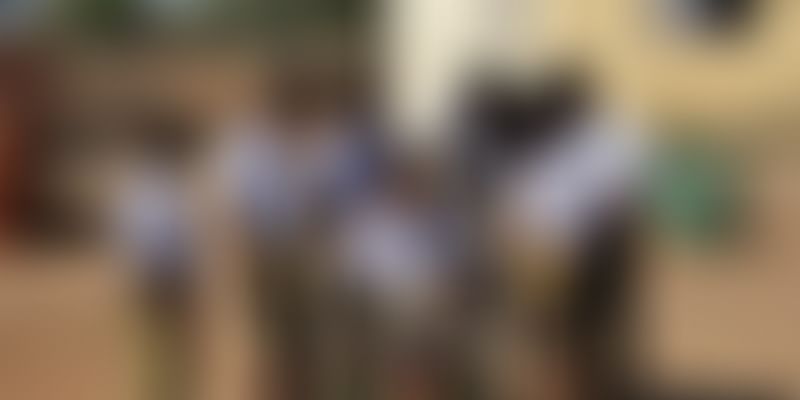 Going with the trends of our times, now that we’ve used the headline to grab your attention, the following post will talk about the discontent with education in India and the story of a makerspace in Mumbai for kids

Read, cram, vomit. Repeat. This is the situation with the current schooling system in India (and probably in other countries too) that many of us are dissatisfied with. There have been plenty of initiatives taken to improve the situation by trying out various means. There is the lot that considers technology to be the panacea for all things wrong with education and has built products that make its delivery easier and better. Globally, the likes of Khan Academy, Coursera and Udactiy have led the way in providing high quality education via the Internet. Then there are a bunch of apps that try to engage students by gamification with some learning embedded.

But such tools are still out of reach for government schools in India, due to the ground realities. This has led to a wave of interesting initiatives that try to expose kids to hands-on learning. Over here as well, there is one scalable model where companies like Flintobox, Kutuhal, CoolJunk etc., provide DIY kits for students. But a small section also believes that a suitable environment is required to enable this hands-on learning. Here is where Universe Simiplified comes in.

A Mumbai-based organisation, Universe Simplified has been conducting hands-on science and astronomy workshops across schools in Mumbai for the past three years. It was started by Henna Khan, Meena Rathod and Aditya Pappu , who are extremely passionate about science, technology and education. “I strongly believe that all children are born curious and their true potential can be achieved only when they are given a platform where they are allowed to question, explore, tinker with and be given ownership of their own learning,” says Henna. She is involved with various science and astronomy outreach programmes as well. Meera holds a Masters in Physics from Mumbai University and has always been a tinkerer and believes strongly in the 'learning by doing' methodology. Along with being a Community Manager for HeroX, she organises various events for popularising science and astronomy. Aditya is an engineer, economist, roboticist and educator who works as a systems engineer at Eduvance, a tech education company. He has experience in working with nonprofits in the area of bringing science and technology to school children. The trio got together via their work in similar domains and started up.

Universe Simplified is in the pilot phase of using the concept of makerspaces or innovation hubs for education. Makerspaces are basically dedicated spaces for kids or adults, or both, where making is facilitated by setting up a conducive environment with tools and access to knowledge. For Universe Simplified, this is within a Zilla Parishad School on the outskirts of Mumbai, at a place called Mamnovli. And this is where the wheelchair project came about.

After taking several hands-on science workshops with children, the team felt the kids were ready to start working on their own projects. “We did one brainstorming session with the children where we gave them several examples of innovation being done by other people. Some examples included making bricks from plastic, furniture from paper and upcycling old car tyres. After the children brainstormed for ideas one child came up with the idea of making a low-cost wheelchair from old cycle tyres and bamboo,” says Henna. Before trying out bamboo, the team suggested the children first build a wheelchair with PVC pipes. And thus began the process.

Around 5-6 boys worked on the wheelchair project over a course of 4-5 sessions. Several mentors came to guide them. However, the ideas and solutions primarily came from the children, who thought it through without any access to the Internet.

Some of the challenges of the project included coming up with a sturdy enough frame that would take the weight of a person, to be able to steer the wheelchair and to connect the PVC seat to the cycle tyres. Each time, the children came up with multiple solutions and selected the final solution after testing.

In the process of setting up Universe Simplified as a non-profit, all work is currently being self-funded and the facility is provided free of cost for economically-challenged students. In the pilot phase (Oct 2016 - March 2017), Universe Simplified has a total of five spaces - three within schools, one within an orphanage and one is a public weekend makerspace.

Sparsh Trust, an NGO, approached Universe Simplified to fund a makerspace within a school at a village on the outskirts of Mumbai. The Mamnovli outfit was thus set up last October as a once-a-week makerspace. A Universe Simplified representative goes there every Monday and mentors children—25 in number from Classes VI, VII, VIII—to work on hands-on projects for 2-3 hours. All children are part of the programme out of their own violition and were not selected by teachers.

“We want to set up low-cost frugal makerspaces within schools and orphanages in India on a once-a-week model for hands-on, curiosity-driven education. Alongside, we also intend to convert existing office spaces into public weekend makerspaces that are free and open to people of all age groups,” says Henna. They'd be doing this via relationships like the one with Sparsh Trust or in collaboration with other companies or tapping into CSR (corporate social responsibility) pools.

Like Universe Simplified, there are experiments happening across the county, like Aavishkaar in Himachal Pradesh, and more integrated full-time schools like Mardum Farm School in Thiruvanamalai, CoVeda in Chandigarh, CFL in Bengaluru and many more.

The overall picture is still bleak but the grassroot efforts combined with new age technologies can bring about a well-rounded change. Considering India's scale, these are still baby steps and the movement needs to snowball to bring about a visible change in how education works in India.