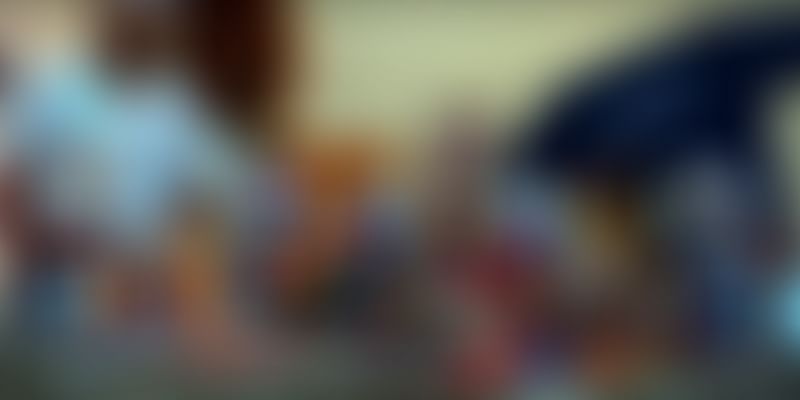 Despite 42 films to his name and international acclaim, Anshul's new film has no takers.

The news related to vegetables and other agricultural produce affect the urban population only when there is a steep increase in prices. However, for the rest of the year, most people in urban areas do not pay much attention to the news concerning the farmers. Anshul Sinha, on the other hand, has spent more than a year now, studying and understanding the agrarian crisis that has affected the country.

Twenty-seven-year-old Anshul from Hyderabad is currently making a docu-fictional film on agrarian crisis in India. Anshul, who has previously worked on numerous documentary films addressing social issues, have decided to address the issue of farmer suicides, the causes, effects, and solutions.

From social work to making documentaries

Anshul, who has always wanted to do something for the society, thought of collecting funds from the students in his college and donating it to people in need. He started off with collecting Rs 1 from every student in his class. Towards the end of the first month, Anshul managed to collect Rs 2,000 and decided to donate it to a school for visually impaired children. Upon interacting with the teachers and students, Anshul found out that the children didn’t have any means to obtain knowledge of operating computers. Anshul interviewed the principal and covered a short footage of the place and the conditions. He compiled the footage and posted it on the internet.

The video received a wide impact and in response, the Lions Club of Hyderabad donated 12 computers to the children. Empowered with this encouragement, the subsequent months, Anshul made videos on various social issues, for about year. Each documentary film that Anshul made had a tremendous effect on the beneficiaries, which made him pursue filmmaking.

Anshul has made documentaries and short films on pressing social issues relevant in the country. He has so far made 42 films, which have bagged him 104 awards from national and international juries.

He won his first award for his first film – 'My Chocolate Cover' – in 2012. The film won him a total of 21 awards, alongside which Anshul made a documentary 'Remove poverty from India’.

“This was towards the end of my MBA, and by then I started participating in film festivals with short films, which gave us an edge to make documentaries and spread social messages through them,” says Anshul. While pursuing his MBA from Avanthi PG College, he also did his diploma in mass communication from Bharatiya Vidya Bhavan.

The interesting fact is that all his films were shot using a mobile phone. In 2013, Anshul went on to win his first international award in Los Angeles, at the My Hero International short film festival for his film on kites, 'Lapet'.

Towards the end of 2013, Anshul started working on a documentary in bio-medical waste, when he stumbled upon some disturbing findings of dead bodies of little girls, which were disposed of into a tunnel.

Anshul uncovered a lot of gory details about the trade of dead bodies and organ mafia after he met Dr Rajeshwar Rao of the Satya Harishchandra Foundation. For the last 20 years, Rajeshwar has been performing the last rites of unclaimed dead bodies in Hyderabad.

“I reached out to Dr Rajeshwar and showed him our work, and expressed my interest in making his work into a documentary. He liked our work and started helping us with fact finding and researching,” says Anshul.

Anshul started on the project, despite a severe lack of funds. He approached numerous producers in the Hyderabad, Chennai, and Mumbai, for the film, but to no avail. He had no choice, but to join a night shift job so he could fund his documentary. After having been rejected by distributors, Anshul decided to screen the film 'Gateway to Heaven' in film festivals. At the Jaipur International film festival 2015, out of the 3,000 films from 110 countries, Anshul's 'Gateway to Heaven' stood at the 10th position, which opened numerous opportunities for him.

The film went on to be screened in England, Italy, California, and Macau. It was also screened in Spanish in Venezuela.

In 2015, Anshul met with GV. Ramanjaneyulu, of Center for Sustainable Agriculture, who liked his work and asked him to do a film on farmer's issues. Anshul has been studying the agrarian crisis in India since November 2015.

Agrarian crisis is a phenomenon that is gaining increasing importance in the country. There number of suicides by farmers in the country because of unbearable burden of debts and increased competition from imports are increasing by the day. According to Raythu Sawarj Vedika, 25 lakhs farmers have committed suicide in India in the past 15 years.

“Like all our previous films, we have a similar vision for the docu-fictional film on Agrarian Crisis in India. We doing this film under the guidance of Ramamjaneyulu sir,  who has been working on this issue for the past 25 years. The vision of the film is to save farmers in India,” says Anshul.

As part of his research on the agrarian crisis, Anshul started doing road shows in villages, where Anshul and his team members, Rajnish Sharma (theatre trainer), Babu Yadav, and Shravana KKV (a wedding photographer), tried to understand the actual reasons of suicides. This film, Anshul says, will help farmers understand the situation and how they can come out of that situation.

Anshul used to work in the day and spend all his nights working on researching on the film. His team and he spent around two months learning farming and other agricultural practices.

After having rejected by various producers, Anshul decided to produce his own film and started a crowdfunding campaign. In the pre-production stages, however, there are a few people who have pledged their support to Anshul. SAHE (Society for the advancement of education) and NARMY are two NGOs who have pledged support. Dinesh Chandrashekar, from Hitachi, who is running a corporate social campaign is also helping Anshul to raise funds for his film.