Preventing 'Appocalypses' from Tel Aviv to Bengaluru and beyond: the AppsFlyer story 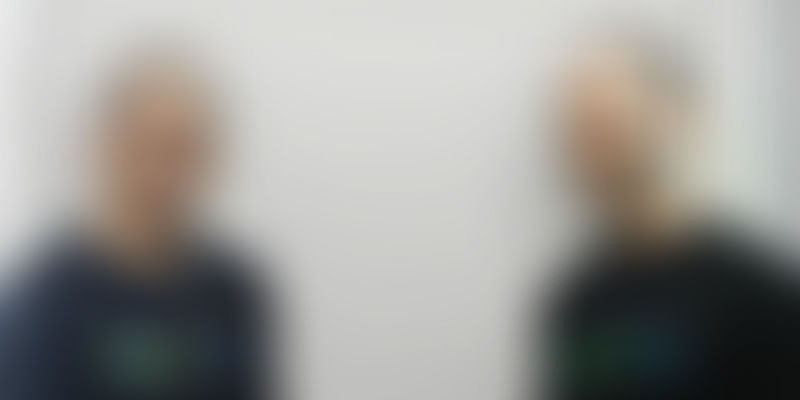 Do you know the cost per acquisition (CPA) and lifetime value of your customer? Are you able to accurately calculate the return on investment (RoI) on every dollar spent on marketing? Tel Aviv-headquartered AppsFlyer aims to help app marketers make better decisions and also “measure everything that is measurable”.

It was about four years after the launch of the first iPhone, during the ‘mainstream uprising’ of the App stores and Play stores on iOS and Android platforms, respectively, that Reshef Mann and Oren Kaniel saw a big opportunity to start up in the mobility space. They realised that app marketers were spending heavily on mobile campaigns but couldn’t effectively measure their results. Intrigued by this technological challenge and to help app marketers better justify their marketing spends they started AppsFlyer in 2011.

With 12 offices worldwide, including Bengaluru, AppsFlyer recently closed a $56 million Series C round and aims to dive deeper into mobile-first markets like India. YourStory was able to interact with Oren over phone and email. Here is the story.

Starting up and connecting the dots

Oren bought his first iPhone in 2010. While app developers were enjoying a gold rush of sorts, it was evident to him that app marketers couldn’t accurately estimate where their customers were coming from. He noted,

Leveraging their engineering backgrounds, Reshef and Oren spoke to app marketers to better understand their pain point and concluded that there was a need for a mobile attribution and marketing analytics platform to provide more transparency across the marketing industry. So to help marketers better connect the dots, AppsFlyer was born.

Looking at the root cause of the problem, Oren stated that the advertising industry has evolved into pushing ads everywhere and, in effect, annoying people. This has led to the mainstream adoption of ad blockers. Oren believes that no one really wants to annoy potential customers and app marketers should focus on value creation and targeting the right customers instead of random spray and pray methods.

With its data and measurement tools, AppsFlyer claims to have more than 10,000 marketers leveraging their SaaS platform. Marketers can rely on AppsFlyer’s custom dashboard that helps them track organic vs inorganic installs, re-target them, and keep track of other metrics.

While AppsFlyer’s website prominently features sectors like gaming, e-commerce, and retail, Oren mentioned that their focus is sector agnostic. He said, “Certain segments are growing at a particularly substantial rate: businesses in the financial services sector, e-commerce, retail, travel, entertainment, and gaming industries are heavily investing in mobile marketing, as are advertising agencies.”

The high growth rate is a function of brands simply investing more in mobile and apps, creating a greater need for the measurement solutions. Oren observed,

AppsFlyer customers and partners participated in successful strategic business initiatives worth more than $30 billion; these included raising capital, mergers and acquisitions, exits, and IPOs — in 2016 alone.

Oren remarked that compared to the present day, mobile attribution was simpler in 2011, when there were fewer advertising networks or media sources and the ability to attribute an app install to a specific ad campaign was considered remarkable. But marketers today can automatically calculate the full RoI of every dollar spent. He said,

For example, a gaming app publisher in 2011 may have been satisfied to know that they had a $1 cost per install (CPI) and strong retention among their app users. In contrast, gaming publishers today are optimising their campaigns based on their actual RoI, combining their media cost data from dozens of sources and channels with their in-app purchase and in-app ad revenue data to determine the RoI of each campaign.

The recent trend towards consolidation is driven by a number of factors including complementary local economic considerations, regional strength, economies of scale, and product-market fit.

Overall, AppsFlyer sees this trend as a signal that the marketplace is increasingly focusing on data, sustainable revenues and bottom-line impact, all of which are positive indicators for the industry. While consolidation is the focus in developed markets, Oren sees more room for growth in mobile-first developing markets like India.

The holy grail of mobile marketing

Oren stated that in every business, stakeholders have to make difficult decisions about short-term gains and long-term performance. This is true in mobile too. Aggressive push messaging, discounting, or social incentives can deliver immediate results, but rarely deliver strong performance in the long term.

On the other hand, if marketers have access to engagement and revenue data (including in-app ad revenue), they can better calibrate their marketing and engagement to provide the optimal mix of short-term gains and sustained long-term performance.

Oren admitted that while organic users are usually of higher quality than non-organic users, their data shows that the former outperform the latter by only 5–15 percent across various engagement KPIs. He explained,

This narrowing gap is the result of the growing adoption by marketers of data and analytics for optimising their activities. Data-driven marketers know exactly which channels, networks, campaigns, publishers, and even creative variations delivered their quality users and which did not, and optimise accordingly.

With app discovery largely broken, marketers can’t rely on attracting organic users at scale. By adopting advanced measurement capabilities, they can better deliver the right value propositions to the right users in their campaigns. Marketers need to consistently focus on providing value to a steady stream of both organic and non-organic users to succeed.

Gartner recently noted that India is the fastest-growing mobile market despite a slowdown in other global markets. The prevalence of low-cost mid-range smartphones along with the dip in mobile carrier costs after the arrival of Reliance Jio makes the market riper now. Oren said,

India’s vast population combined with its penetration of smartphones presents many opportunities for domestic and global marketers. Device affordability, the growth of the middle class, and the emergence of faster broadband and carrier networks are quickly contributing to massive growth for mobile-first businesses. Smartphones are becoming people’s primary internet device, and apps are becoming an intrinsic part of Indian culture.

App users that make in-app purchases, have a high lifetime value, and are constantly engaging with their apps — no matter the price point of the mobile device itself — are crucial for success, according to Oren. AppsFlyer has seen many examples of these types of apps in India — from companies like Practo, Paytm, and Wynk as well as other regional and global players.

According to an annual report from SafeDK, AppsFlyer has 54.8 percent market share in India in the mobile analytics and attribution space at the end of 2016. To keep the tempo going, AppsFlyer will look to hire more employees and may also open additional offices based on the demand.

Having raised about $84 million in total funding so far and maintaining a vast partner network and customer base could not have been easy, and Oren attributed the success to the company culture. He said,

We built the company from the bottom up with the culture in mind, carefully selecting the right people with the right skill sets and personalities to evolve and grow the company globally. We strive to find the best ways for our teams to collaborate and maintain the feeling of a global village even as we have expanded to 12 different offices around the world.

AppsFlyer Academy: Part of the onboarding process, new hires across the globe are invited to the global HQ in Tel Aviv to interact with each other and the core team.

Global employee exchange programme (GeeP): Allows any employee who’s been with the company for at least a year to take a fully paid, 2–12-week stint at any of AppsFlyer’s international offices, whether in Tel Aviv, Bengaluru, Beijing, or others.

Weighing in on the debate whether apps are dying ('appocalypse') and chatbots are the new frontier for marketers, Oren observed that AppsFlyer had recently compared the same apps that were active on their platform throughout H2 2015 and H2 2016 — more than 5,000 top global apps generating multiple billions of installs. According to the data scale, the number of app installs increased globally by 4 percent, while in the US the increase was more than double that with a 9 percent rise. He said,

We believe that apps are not dying, but are in fact growing.

While bots and other technologies like AI, IoT, and wearables will continue to emerge, there will remain a need for marketers and developers to measure their marketing activities with the data generated by these technologies. But Oren believes that apps will continue to serve as the “hub” for these emerging mobile innovations, and, as the mobile ecosystem evolves, AppsFlyer aims to keep up with the times.