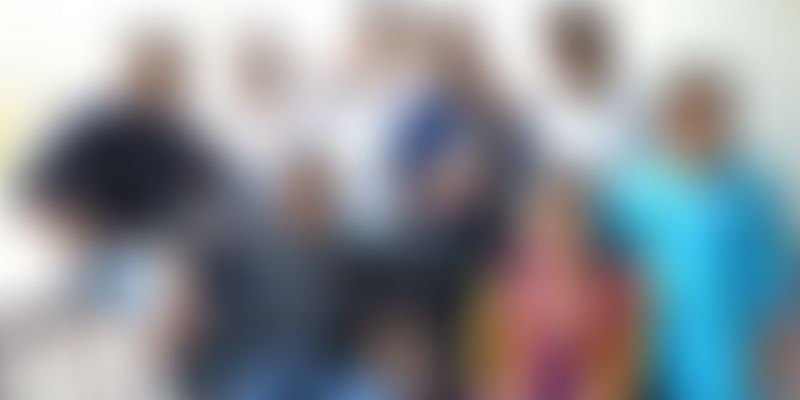 The company is an online lending platform that disburses loans to individuals, employees of companies it has tied up with and soon even businesses, and follows its own metrics to assess credit worthiness.

The traditional lending space has often put an end to dreams, with 'Rejected' being an all too familiar term for many. It was something that 27-year-old S. Kumar Srivatsan saw up close as a chartered accountant and company secretary while working at Royal Bank of Scotland and Ernst & Young.

Kumar is also a partner in QED Corporate Advisors, a boutique consulting firm based out of Chennai, and is also an angel investor in WhiteCross Health Initiatives Private Limited, a primary healthcare chain operating more than 90 clinics across 10 states.

While advising banks on how to improve performance by streamlining operations and adopting new technology, he met several applicants who had steady jobs and decent incomes. He found that the traditional banking system has several rigid norms and makes having a credit score from credit bureau agencies compulsory.

“This means that you need to have a documented credit history. This chicken-and-egg situation makes it extremely difficult for first-time borrowers to break through and get formal credit,” says Kumar.

He got a big shock when a loan application by his chartered accountant friend, who had an income of over Rs 8 lakh and a few lakh rupees in a fixed deposit with the same bank, was rejected because he had no bureau score. It then became clear to Kumar that the system wasn’t working.

He says, “This forced me to look at the anomalies in the segment, and I arrived at a solution. Using technology and analytics, I decided to start OptaCredit.” The platform aims to find the creditworthiness of an applicant and not their bankability.

Kumar bounced the idea off his friend and fellow chartered accountant and company secretary Sriram Chandramouli, who had been working with ICRA (affiliated to Moody's), a credit rating agency, and was on Ernst & Young's transaction advisory team, where he was part of various due-diligence deals involving big corporations. The duo started OptaCredit in November 2016 in Bengaluru.

Working as a digital lender, OptaCredit gives short term unsecured loans ranging from Rs 50,000 to Rs 5 lakh to individuals and Rs 2 lakh to Rs 50 lakh to small and medium businesses. The company has already launched the personal loan product and will start the business loans segment shortly.

Lending in India needs to undergo a shift. This is one of the main reasons that there are several startups like Capital Float, Lending Kart, Finomena, and Rubique in the space. Since demonetisation and the push towards a cashless economy, the availability of credit in the market has increased.

Capital Float raised Series B funding of $25 million last May, and Lendingkart too raised $32 million in Series B funding. Apart from these, there are platforms like IndiaLends, P2P lending platform Faircent, and Kudos Finance and Investment. There are also platforms like EarlySalary and Khadkee that focus on payday lending.

“Financial services and the fintech market are as big as the e-commerce market. The sector is almost like a parallel economy,” says Mridul Arora, Principal, SAIF Partners.

However, there are more lending companies cropping up as we speak. Rajat believes that there is still a lot that can be disrupted in the financial services landscape. For example, in insurance and wealth management, the opportunity is large, and products in the space are being mis-sold. There is still room for innovation at the product and distribution level.

“Being an alternative lender, traditional banks and lenders are not our direct competitors, and to an extent, we play a complementary role to the traditional lending industry,” says Kumar. In OptaCredit’s current product, short-term unsecured loans to the salaried class, the team claims to use AI and analytics to assess ‘thin files’, which helps in financial inclusion and expanding the credit net.

OptaCredit has an online application form that takes 15 minutes to fill, and the team informs applicants about their eligibility. Sanctioning of loans happens on the same day, with 100 percent transparency and quick turnaround time. Kumar adds,

“Currently, as a lender, our revenue is the interest income on loans disbursed, but because of our lean model, our operational expenses are reduced to a large extent, thus making our model extremely healthy. At OptaCredit, the interest rates can be as low as 0.033 percent a day or 1 percent per month, up to a maximum of 2 percent per month and 16 to 20 percent annually.”

According to Kumar, a study by IFC and McKinsey shows that 65 to 72 percent of all MSMEs (240-315 million) in emerging markets lack access to credit. Similarly, individual borrowers without proper documented credit history are forced to borrow at usurious rates from moneylenders. This is the problem that OptaCredit seeks to solve.

However, identifying the right risk solutions and getting all the paperwork done for RBI’s approval for the NBFC license wasn’t an easy task. The team spent about six months in that process. Another challenge the team faced was scaling while catering to the demand. Kumar says the sheer gap in credit cover is so large -- the number of people with access to formal credit is very low -- that OptaCredit will find it challenging to cater to the demand.

The team claims that their proprietary scoring algorithms utilise various data points, both traditional and non-traditional, to assess an applicant, be it for a business loan or a personal loan. Every data point says something about the applicant, and the company utilises hundreds of variables to generate a unique OptaScore for every applicant. Says Kumar,

“A bureau score is not mandatory for an OptaCredit loan, and hence, even first-time applicants, who are generally rejected by traditional lenders for being “Thin Files”, can avail these loan products.”

OptaCredit also has tie-ups with employers, where the platform is integrated with the payroll team, making it easier to verify data without the need for a credit history.

The team adds that it also solves the problems that employers face when they decide to lend to their employees, diverting cash flows and channelling time and energy into a business activity, for instance. For the employee, the process is much faster and more transparent than the traditional lending system.

Presently, OptaCredit has signed up with various companies that are in various stages of onboarding, and has access to 1,500 employees via their tie-ups. By 2020, the company aims to reach out to 1,60,000 customers across India and disburse more than a billion dollars in loans.

“Post-demonetisation, our applications have increased by 300 percent, and we feel that the time for a digital India with a truly digital financial ecosystem has come,” says Kumar. The team aims to extend tie-ups with more companies and launch business loans in a phased manner.

“We also aim to provide our customers with additional products, over and above loan products, by tying up with various service providers,” says Kumar.