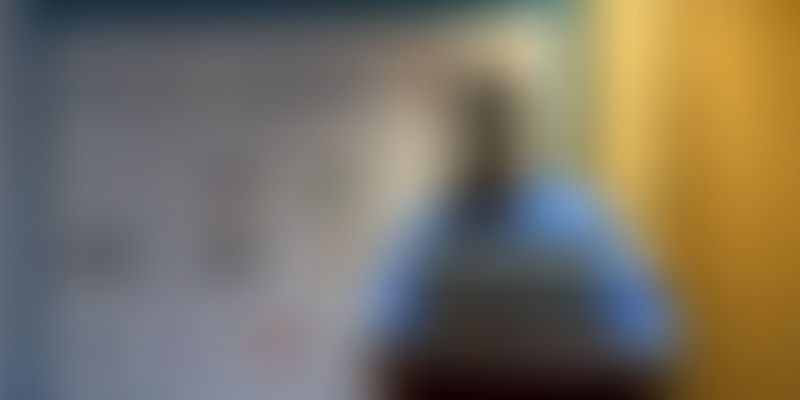 How techies, medicos, and designers meeting at hackathons could help solve healthcare issues in the long run.

Observing a hackathon from the sidelines is always an interesting experience. Most hackathons I have attended generally start slow but then hit an exponential growth curve in terms of activity. The last few hours are the most productive as participants pour all their creative juices and tech wizardry into ‘hacking’ together a viable solution before time runs out.

On March 12, 2017, I made my way to the Bengaluru edition of the CAMTech-X: Jugaadathon hosted by the Consortium for Affordable Medical Technologies (CAMTech) at Massachusetts General Hospital Global Health. The final pitches were scheduled to happen on stage in a few hours and I got to see the spark in the last legs of the 48-hour medtech hackathon. While some participants were hard at work polishing their pitches and others were tweaking their hacks and looking to ‘wing’ their presentations, I found one confident soul taking a siesta in the lobby. Here is an overview of everything that went down at the event and what happens post the hackathon.

The focus of CAMTech’s ‘medtech’ hackathon this year was to help expand healthcare access for the urban poor. In this context, ‘urban poor’ is the section of the society that is very close to the poverty line, lives in makeshift homes on the outskirts of cities, and those who are generally susceptible to health-related issues because of poor infrastructure. The definition of ‘urban poor’ popularised by Buzzfeed — as the new-age millennials who mismanage their finances by spending beyond their means and constantly end up broke in the middle of the month — wasn’t the focus here.

As per the 2009 Urban Poverty Report by Ministry for Housing and Urban Poverty Alleviation(MHUPA), urban poverty in India is over 25 percent; 81 million city dwellers live below the poverty line. A more recent report from 2016 titled 'India habitat 3' by MHUPA highlights initiatives taken by the government to tackle urban poverty. The key ones being the Smart Cities Mission, Atal Mission for Rejuvenation of Urban Transformation (AMRUT), Swachh Bharat (Clean India),Pradhan Mantri Awas Yojana- Housing For All (HFA) etc.

Compared to the more mainstream tech-focused hackathons, a difference on display at the Jugaadathon hosted by CAMTech was the diversity among the participants. Hosted simultaneously across five cities including New Delhi, Manipal, Mumbai, Bhubaneswar, and Bengaluru, it was organised in partnership with Lattice Innovations and with sponsorship support from GE Healthcare.

Talking to YourStory, Anubhav Saha, Consultant, Lattice Innovations, noted that more than 500 engineers, clinicians, entrepreneurs, designers, and public health innovators from across India, Africa, and the US were participating in the hackathon.

Anubhav also mentioned that they had a total of 92 teams participating across the five hackathon sites. On the first day, the participants started off by brainstorming and had pitched over 250 problem statements, targeting a broad range of challenges faced by India’s urban poor, including newborn health, air pollution, access to clean water, diabetes, and decentralised healthcare systems.

Vikraman Venu Saranyan, CEO at IKP EDEN, the startup incubator with an in-house DIY Makerspace, where the Bengaluru edition of the hackathon was happening, said that the purpose of the initial brainstorming was to help participants get clarity and also to help teams working on similar or symbiotic ideas to work together for better impact.

Why grassroots level support is needed for better healthcare

Talking to YourStory, Dr Kris Olson, Director at CAMTech, noted that India’s rapid urbanisation is a marker for its growing economy, but there are people in the cities who are falling through the cracks and unable to cope. Hence, there is a need to improve the living conditions of the urban poor to keep the economy going.

CAMTech is a global network of clinical, academic, corporate, government, and non-profit partners who aim to build entrepreneurial capacity, accelerate medical technology innovation, and drive health innovation around the world. So it is with this vision that CAMTech organises hackathons to figure out the root causes of problems and serve as a spark and meeting ground for innovators. Dr Kris explained,

CAMTech didn’t want to come to India and assume what the problems could be, but actually look at them. People see problems in their own backyard and generally have good ideas on how to fix them. So far, I’ve seen great camaraderie among teams competing with each other but at the same time trying to solve tough problems.

Dr Kris also believes that hackathons are a good way to compress and accelerate the innovation cycle. But he remarked,

While grassroots innovation is important, Dr Kris clarified that it isn’t enough by itself. Support from government bodies and regulatory frameworks are needed to ensure that healthcare as a whole improves and reaches a basal level. Dr Kris commented that while countries like the USA and Canada have a good network of medicare services like the Affordable Care Act, no system is perfect and each country has its own strengths. While the Russians are known for robustness and Americans for innovation, Dr Kris believes that Indians are known for cost-effectiveness, citing the example of ISRO.

The five winners and the chance for five wildcard entries

Talking about the hackathon in progress, Dr Kris noted that internal judging criteria were based on a few key metrics:

CAMTech and its partners noted that participants worked around the clock to prototype solutions and develop business models before presenting their ideas to a panel of judges from the fields of medicine, public health, engineering, and business.

After listening to the pitches and tabulating the scores, the jury finally chose one top team from each city that would receive mentorship from CAMTech and travel to New Delhi on June 17, 2017, to present their innovations to investors, corporate partners, healthcare organisations, and other stakeholders, who will award two prizes.

The winning teams across each city and their ideas were:

The other participants who worked on their ideas still have a wildcard entry option. CAMTech representatives noted that all the other teams from the five sites have an opportunity to apply for a 100-day post-Jugaadathon award, where up to five teams will be selected to travel to New Delhi and also compete in the June 17 finals. The grand prize winner in New Delhi will receive Rs 10 lakh and six months of incubation support.

Long-term focus — what happens after the hackathon?

Dr Kris said that CAMTech has so far conducted about 12 hackathons worldwide, the net results of which include 22 new patents, the formation of 15 companies, and $5.3 million raised in venture or grant funding per hackathon. So he believes hackathons are just a spark and the real work follows after it. So far, about 66 projects from their network have undergone approval and are in trials — 44 in healthcare providers and 22 in patient care.

CAMTech has two key initiatives, including its recently launched CAMTech Innovation Platform and CAMTech Accelerator Program through which they aim to help connect and support a global community of innovators working to improve health in developing and emerging markets.

Dr Kris noted that in essence, CAMTech is an open innovation platform and doesn’t take equity stakes for the intellectual property of the startups they help. Their goal is to provide a neutral platform for techies, medical professionals, and others in the community to engage with one another.

For the global healthcare to improve in the long run, the focus will have to be both on the micro and macro conditions and Dr Kris believes that many countries are currently spending too little of their GDP on healthcare.