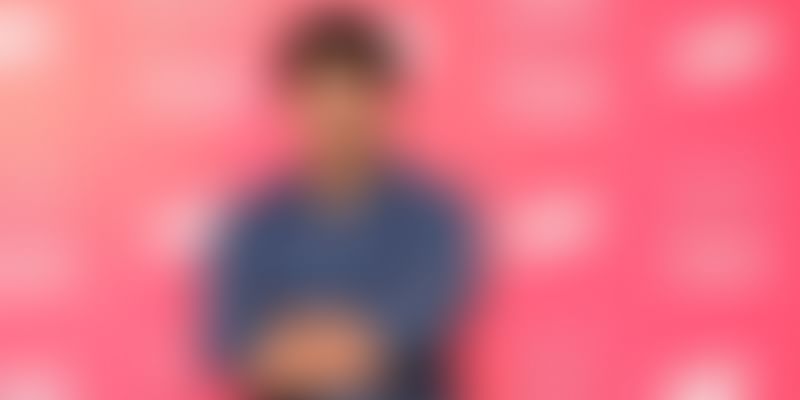 The startup world was shaken up today when Yogendra Vasupal of Stayzilla (that shut down recently) was arrested late last night in Chennai for fraud. But as YourStory found out, there's more than meets the eye.

It is 9:45 pm, a day before the Ides of March. A startup founder is produced before a magistrate in Chennai. It's a rather unusual situation, as most court proceeding end by five in the evening. Such a step is warranted only in cases of a dire nature.

But the case involving Yogendra Vasupal of Stayzilla is just a business dispute related to payments. An equally confused magistrate remanded Yogendra to judicial custody.

By morning, fellow entrepreneurs and investors took to social media sharing Yogendra's plight. By early afternoon the entire startup ecosystem rallied behind him with the #ReleaseYogiNow led by uni_con1.

The TiE Chennai, Indian Angels' Network, entrepreneurs in Chennai, Sharad Sharma of iSPRIT, Ravi Gururaj, and the other who’s who of the startup world were all rallying to help Yogendra out of this mess.

Priyank Kharge, Karnataka's Minister IT and BT, took to Twitter immediately and said he will be working on the case and will be with Yogendra if he is on the right side of the law. Kharge told YourStory that he was aware of the Stayzilla CEO case and had also read his post on Medium. He said the Tamil Nadu police have picked him up and not the Karnataka police and he could do very little given that it is not in his purview.

But, Kharge said he did speak to Tamil Nadu IT Minister Manikandan this morning about the case and Manikandan assured him that he will look into it and see how best he can intervene.

The Tamil Nadu police have already registered a case against Yogendra and arrested him despite the clarification by Stayzilla over the allegations made by the ad agency which complained to the TN police.

Kunal Shah, Founder of FreeCharge, Advisor at Sequoia and a Chairman of IAMAI, says that he is trying to help Yogendra out of the situation by speaking to the IAMAI and working with the community to ensure that the right proceedings are carried out.

The drama that followed

Yogendra has been remanded in Chennai. The police claim that he has confessed to threatening Aditya CS and defaulting on payment to media agency Jigsaw. Yogendra's wife Rupal claims that no confession has been taken. The family, in fact, says that they didn’t know of Yogendra’s whereabouts until late last night. Speaking to YourStory, Rupal said that their lawyer too didn't know which police station Yogendra had been taken to.

The family also claimed that they did not get a copy of the FIR until three in the evening today.

Since the FIR was shared much later than 10:30 am today, Yogendra has to spend another night in jail before filing for bail tomorrow.

The FIR has clearly made a civil case out of this. But why was the crime branch involved? A close family confidant, who was a witness to the drama since last night, told YourStory on the condition of anonymity that the cops were under pressure to register a criminal case against Yogendra.

He alleged that, “The cops say that they have arrested Yogendra and filed a complaint after taking him into custody as they were under pressure from ‘higher’ authorities. Last night, Aditya and his father came to the police station and told Yogendra that if he paid the amount to them, no complaint and FIR would be filed. But Yogendra has been adamant that he wants to handle this via court proceedings."

There are two sides to the coin. Let’s take a pause from the drama and rewind. Earlier this month, Stayzilla put out a blog post that they would be discontinuing their operations. It came as a shock to most in the ecosystem as Yogendra, or more popularly Yogi, has always been an affable entrepreneur, and everyone has a good word for him.

Why the default and is Yogendra a 'fraud'?

A business shuts down when the cash outflow is more than the inflow and this is what seems to have happened with Stayzilla. And when a business shuts down, there are settlements that need to be done with the vendors and employees.

When YourStory reached out to Aditya of Jigsaw on the matter, this is what he had to say in an e-mail response:

"How long will advertising agencies and media houses bear loses because of irresponsible wannabe entrepreneurs who manage to get funding just to live a 5-star life for a few years and then finally shut shop and expect the hard working small-time business people to suffer? They cheat us and if the system takes action they cry foul. I AM NOT SCARED of their tantrums, my case is genuine and will fight it in the courts and I trust the courts.

ALSO, these guys have cheated the public. Now what? "We have made all refunds and competitors are planting bad reviews"? Or are they going to say people are jealous? Give me a break guys!

They take bookings for the summer hoildays from lakhs of people, upto Rs 4,000 per head as an advance and shut shop on the 24th of Feb. MY CALCULATION: 2 LAKH BOOKINGS X Rs 4,000 PER BOOKING = RS 80 CRORES!

I also have proof that these guys have siphoned money from the company accounts into their personal accounts (No, not salary) AND INTO ACCOUNTS OF THEIR FAMILY MEMBERS who hold no position in the company.

"Enough of crying foul and throwing toys out of the pram, own up to your unethical business practices.”

Is this a criminal or a civil case?

The tone of the e-mail raises valid questions with regards to payments that are due to businesses by startups. And a fair point made, as according to an article by The Economic Times, Snapdeal is yet to settle Rs 1.2 crore in dues to its vendors. This isn’t the first time a vendor has cried foul against a startup founder.

Late last year, Oyo Rooms had also received a notice from one of its vendors, again an agency, where Oyo had defaulted on payments. So what is different in Stayzilla’s case? Yogi’s blog post on Medium reflected that he has been receiving threats from the media agency and a local politician.

With regards to the local politician, Priyank Kharge said:

“A detailed report has been called for by the state chief secretary, including on the allegations made against the Bengaluru police for not acting against their landlord (the local politician in question).”

“On March 9th, 2 policemen in Bangalore came home in mufti and stated that I am wanted in the station for questioning. I called my lawyer immediately and was informed by him that if there wasn’t a summons or a warrant, I don’t have to go. I got back to the cops whom I seated at my home and informed them of the same. I then asked them for more information on the reason they wanted me. I was told that there is a case against me by somebody from Chennai for cheating, intimidation and etc. I recognized the name of the complainant and informed them that there was a dispute between 2 companies and we had asked the other company to take it up in the court. I don’t personally owe anybody money and I am wondering how can they get confused on such a basic matter as this was a clear civil case. I also pointed out that we have been asking the other company to take it to court if they felt they were wronged as we felt within our right. I also pointed out that my company is also owed close to 7 crores from various debtors but I am not going around filing false criminal cases against them.”

In the voice recording shared on the Medium post, the inspector is heard saying that he is calling from the Crime Branch at Mylapore Police Station in Chennai. The inspector says in Tamil that Aditya has filed a petition and if Yogi can come to the police station. Yogi responds by saying he is in Bengaluru and if it is regarding Aditya, the latter can follow it up in the civil court, as they are also in talks with their lawyers. The said inspector on the call recording identifies himself as Siddharth from Crime Branch at Mylapore Police Station.

In his post, Yogi has also shared a call recording in which Aditya is heard threatening Yogi – how he would have Yogi’s wife arrested on charges of running a brothel. Aditya also used unparliamentary language against Yogi and his wife.

An investor on the condition of anonymity told YourStory:

“This is a civil matter and what moneys that is owed to an agency and a business is between them, but using extortion and threats isn’t a civilised way to go about things. Unless all the details of the case are out, we are unsure of what to do next.”

Again the question arises: If the FIR has registered a civil case, they why were criminal proceedings carried out against Yogi? When asked the same, Aditya said that it is the court’s prerogative. When asked why the case was filed in Chennai, Aditya said, "Both mine and their registered offices are in Chennai."

There is also a disturbing visual of a doll delivered to Stayzilla Co-founder Sachit’s house. The doll has the photograph of Sachit’s son. On the email, Aditya vehemently denied issuing any kind of threat. He said:

“False information. If this is true, wouldn't they have filed a complaint against me immediately? This is all delusional tactics.”

However, a post on Facebook on the Chennai Shopping Page asks: "Where can I buy Voodoo Dolls or get one custom made in a day? A friend needs for a shoot."

Whether the said voodoo dolls were meant for Sachit or were indeed used for a "shoot" is yet to be confirmed.

According to a source close to both Aditya and Yogi, Aditya was Stayzilla's media planner initially. The drama that is unfolding is believed to have started a while back. However, Aditya denies this.

Now that the family has received a copy of the FIR they can apply for bail tomorrow morning. But by all accounts, this has been a rather shocking incident for the Indian startup ecosystem.

It raises a number of questions. How do startups, especially the ones that are shutting down, manage vendor payments? Also what backing or support do founders have in these cases? While Karnataka and Telangana are known to have strong ministers who support entrepreneurs, what about other states? Also what protection will founders have in case of vendettas?