How equitable are water vending machines in India? 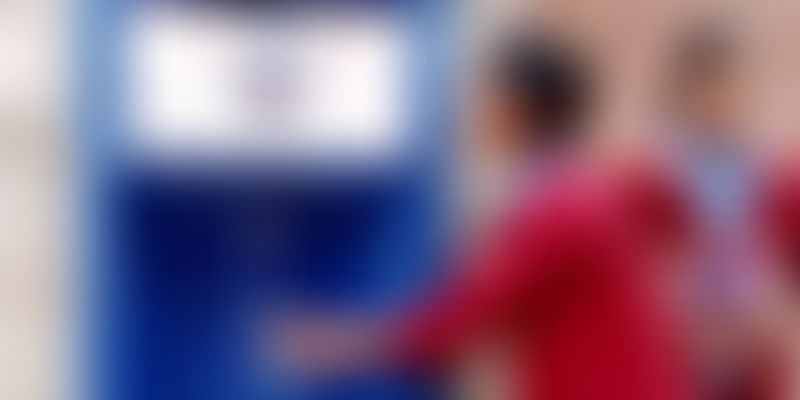 Water ATMs have been in use in India for a decade, but who are they helping and are they fulfilling their objective of providing safe and clean drinking water to the poor at a low cost?

A water ATM, as the name implies, is a sort of a water vending machine similar to bank ATMs, except that in a water ATM, money goes in to the machine in return for water. These machines, which run on cash, as well as a prepaid card or smart card system, are built, owned and operated by private companies that have rights over public resources such as land and water. It is also not clear how much of groundwater a company can draw in a day.

While it was only in 2015 that the Delhi government decided to set up 280 water ATMs across various unauthorised colonies, these machines have been in use for a decade in other states such as Rajasthan, Maharashtra, Chhattisgarh, Delhi, Uttar Pradesh and Karnataka. The Delhi Jal board began its pilot Water ATM project in 15 locations in Savda Ghevra, a resettlement colony in West Delhi in early 2013. Nearly 850 of the 7,500 families there use the facility.

Since the 1990s, the government has encouraged several private sector projects in the water sector in the hope that transferring the responsibility of water to private companies can bring more transparency and accountability to the process, but that is yet to happen. International financial organisations like the World Bank, Asian Development Bank and Japan International Cooperation Agency have also supported the Indian government by providing external funding for various projects. But several of these public-private partnership (PPP) projects have failed and only added to the financial burden on the government--water supply projects in Nagpur, Khandawa,Tiruppur, Mysore and Borai are some examples.

“The basic objective of the water ATM is to provide safe and clean drinking water to the poor at a low cost. The private operator builds and operates the water ATMs, and the community as well as the private operator benefit. This concept has totally reduced the financial burden of the government cost of the water infrastructure”, says Shekhar Moghe, Chief Engineer, PHED, Bemetara district, Chhattisgarh, but others differ in their opinion.

Water ATMs have raised concerns over the fundamental rights and entitlements of those living in slums as well as rural areas. “A recent order of the Bombay High Court in a case on the water supply to slums in Mumbai has endorsed the mechanism of water supply by prepaid cards. This order raises many critical questions about how life, fundamental rights and entitlements of the people in slums are being determined on the basis of their rights over the land they occupy”, says Sujith Koonan, a senior law activist working with Environmental Law Research Society.

Various Indian as well as multinational companies such as Sarvajal, DJB-Tata Power, Amrutdhara Water Services Pvt Ltd etc., are involved in this business. They currently provide drinking water to people in the range of 15 paise to 1 rupee per litre on a pilot basis.

“Sarvajal has over 10,000 registered water ATM card holders across Delhi. A family dispenses anywhere between 3-10 litres per day. At a community scale, we see water ATMs evolving as an indispensable tool for distribution of safe drinking water in a transparent and accountable manner. The cost of water ATMs to private companies may vary from Rs 50,000-1.5 lakh depending upon the variant of water ATM and the project implementation site. At an institutional level, the ATMs could challenge the monopoly of the packaged drinking water market that charges exorbitant prices while also leaving behind a significantly high environmental footprint. Private sector involvement in water, like other sectors, could bring in the expertise of managing day-to-day efficiency and pathbreaking innovation”, said a spokesperson of Piramal Sarvajal.

According to the company, water ATMs have the following advantages for consumers:

Recently, in Delhi, several issues of accountability and violations of the DJB Act, 1988 related to the selection of the companies responsible for installing water ATMs were raised. Pushpa, a Delhi-based RTI activist had in 2014-15 sought information from the DJB about the progress on the installation of water ATMs in Delhi. The response indicated that people living in resettlement colonies were opposed to the concept of ATMs, and wanted household water connections because they had both drinking and domestic water needs. Clearly, water ATMs were unable to cater to those needs.

Also, the cost of drinking water through these ATMs was way above what piped water costs a household for its entire drinking and domestic water needs. The people from the resettlement colonies all through Delhi opposed the government’s move to introduce ATMs, and the government proceeded slowly.

"With very few takers of the water from these ATMs, the water in each ATM, which was nothing but a cement tank lasted for as much as seven days! With the result that its quality was suspect. There was no system put in place to test its quality, and cases of poor quality water began emerging. Lok Shakti Manch, a public forum, asked the government to install the systems in public places like bus stands and railway stations where people are forced to pay huge amounts for mineral water. But the Manch’s view was not heeded as commercial interests of the mineral water industry were at stake", says Puspha.

"The private sector has so far failed on a global scale to deliver basic services like water to the people, but the government, to encourage private sector growth, is strategically denying its people their basic rights by handing over people's water resources into private hands", says Gautam Bandhopadhya, a senior water expert and activist of Nadi Ghati Morcha, Chhattisgarh. A further concern he raised was about the commercialisation and extraction of public water in an unregulated manner without any cost. "What will happen to people who cannot afford to pay? Will they be thrown out of such a system," asks Bandhopadhya.